Popular in horse racing tips, Rachael Blackmore is one of the best jockeys to sit in the saddle... 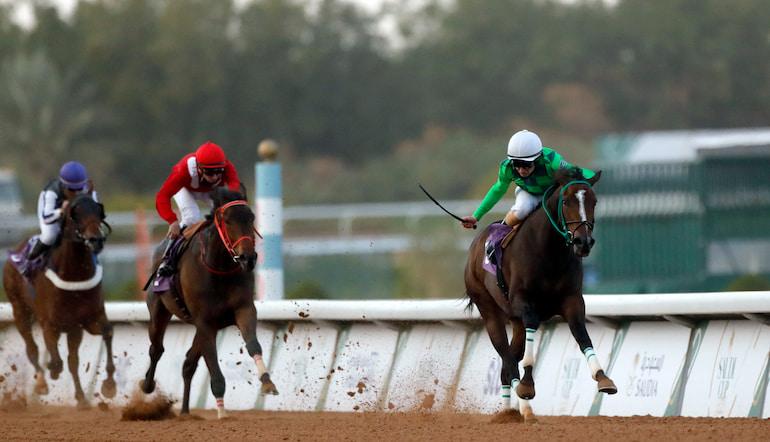 She’s undoubtedly one of the most famous jockeys in Ireland, and to some extent in the UK too, but who exactly is Rachael Blackmore? We endeavour to find out.

It will come as no surprise to find that Rachael Blackmore relishes every winner, none more so than her first at the age of 13 in a pony club race.

Growing up, Blackmore always wanted to be a vet in the first instance, then perhaps a jockey second. As a youngster she looked up to two top female jockeys- Katie Walsh and Nina Carberry, as well as Ruby Walsh and Davy Russell.

Rachael rode 11 point-to-point winners and seven winners as an amateur rider before turning professional in the March of 2015.

“Shark” Hanlon was instrumental in giving Blackmore the career kick start she needed when she joined the paid ranks and it was aboard his Most Honourable that she gained her first professional winner at Clonmel on September 3rd 2015.

It was actually Hanlon who had also provided her with her initial amateur success when she steered Stowaway Pearl (a 10/1 shot in the horse racing betting) to victory at Thurles on February 10th, 2011.

Rachael’s first big race success was when she partnered the Ellmarie Holden-trained Abolitionist to land the Leinster National Handicap Chase at Naas in 2017.

With 32 winners to her name that season, she became the first female jockey to win the Conditional Riders’ title.

She rode out her claim when winning a Maiden Hurdle on Colin Bowe’s Sweet Home Chicago at Wexford in June 2017. That win was her 60th racecourse success.

Her first ever treble came at Tipperary on Sunday, July 22, 2018. All three were trained by none other than the County Waterford handler himself- Henry De Bromhead.

A Plus Tard gave Rachael her first Cheltenham Festival success when coming home first in the Close Brothers Novices' Handicap Chase in 2019. Henry de Bromhead's five-year-old went off the 5/1 favourite and romped home by 16 lengths.

On the Friday of the 2019 Festival, Rachael chalked up her first Grade 1 success when Minella Indo took the Albert Bartlett Novices' Hurdle.

This result inducted Blackmore as the very first female jockey to ride a Grade 1 winner over hurdles at the Cheltenham Festival.

In 2020, Rachael won the Grade 1 Close Brothers Mares' Hurdle at the Festival on the Henry De Bromhead-trained Honeysuckle.

However, she sent shockwaves across the racing world when she rode six winners at the 2021 Cheltenham Festival, which was enough to claim the top jockey award at the meeting.

Honeysuckle got the ball rolling in the Champion Hurdle before Bob Olinger and Sir Gerhard claimed victory in the Ballymore Novices Hurdle and Champion Bumper.

Day 3 soon came and Blackmore was back in the winners enclosure, leading her peers a merry dance on Allaho in the Ryanair Chase before getting Tellmesomethinggirl up to win the Mares Novice Hurdle.

And on the fourth and final day of the meeting, Blackmore rode a peach to win the Triumph Hurdle on Quilixios. It was a fantastic week for the Rachael Blackmore and Henry De Bromhead combination. Which leads us nicely onto our next section...

De Bromhead and Blackmore have become regulars in the winners' circle in the last few seasons, especially at the highest level but how did Rachael Blackmore’s association with trainer Henry De Bromhead all come about in the first place then?

Apparently the idea all came to fruition in the back of a taxi according to Bromhead. He was sharing a cab with Eddie O’Leary going to Aintree, and on the way O’Leary suggested using Blackmore.

So he gave Rachael a go that summer season and basically everything she rode started to win and their relationship just spawned from there.

Blackmore’s Graded victories are quite frankly immense when you put them down on paper. Not only has she amassed an absolute pan full of them already, but she continues to keep riding and winning on horses at the top level.

With Blackmore’s Grade One count rapidly climbing, she is unquestionably one of the best female jockeys that either Britain or Ireland has seen.

All too often however her achievements are gauged against other female jockeys, rather than against her weighing room comtempories as a whole. On the score, Blackmore is completely up there with the best - male or female.

Her talents are such that she has every chance of winning the Irish Jockeys Championship in the very near future and who would bet against her winning a Gold Cup or the Grand National?

Many people like to compare Ireland’s Rachael Blackmore with the UK’s Bryony Frost. Both are setting the bar higher and higher with their personal achievements but it is Blackmore who is gaining the extra career traction season upon season.

The difference between the two is that Blackmore is the first jockey to trainer Henry de Bromhead, one of the most powerful Irish stables, whereas Frost, although being an integral part of the all conquering Paul Nicholls stable, is not the number one jockey and does not command all the top rides.

At the end of the day both of them are role models for any young girls coming into racing and they should be commended for that.