RCD Mallorca – Everything You Need To Know About Real Mallorca FC

RCD Mallorca aren't the biggest club in Spain but they are popular with fans. Here is our 'need to know' guide to Real Mallorca... 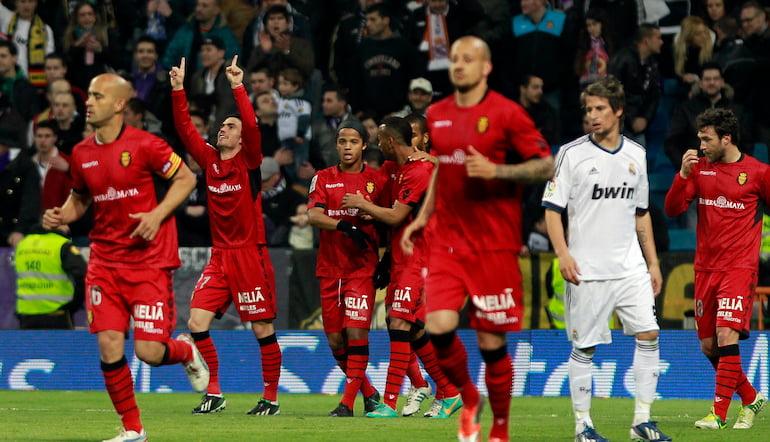 It would be inaccurate to label RCD Mallorca as one of Spanish football’s biggest clubs but their story is fascinating and it will be great to see Mallorca back in La Liga.

Betting fans will have seen the Real Mallorca name at one time or another in years gone by, with the club enjoying lots of success in the 1990s and early 2000s.

While they have struggled to hit those heights in more recent times, RCD Mallorca clinched  promotion from the Spanish Segunda in 2020/21 – much to the delight of their passionate supporters.

Here, we’ve created a Real Mallorca club profile ahead of the upcoming campaign. What is the name of the RCD Mallorca stadium? Who is Mallorca’s record appearance maker? No matter the question, we’ve got the answer.

Real Mallorca secured promotion to La Liga in the 2020/21 campaign after finishing second to RCD Espanyol.

Goal difference was the decisive factor at the end of the season, with the two clubs finishing level on points and goals conceded.

An 87th minute equaliser for Ponferradina cost Mallorca the Spanish Segunda title but fans won’t care about that if the club can avoid relegation back to the second tier.

It is going to be a difficult campaign for Luis Garcia Plaza’s side but, with shrewd investment in the transfer window and hard work, Mallorca fans will be quietly confident of another big season.

Only the 26th largest stadium in Spanish football, the Visit Mallorca Stadium is not exactly imposing in stature but the home fans can create a fantastic atmosphere during games.

A maximum capacity of 23,142 spectators can cram into the arena, previously known as the Son Moix Stadium, and RCD Mallorca will be relying on support in 2021/22.

Real Mallorca previously played home matches at the Estadio Lluis Sitjar but left that venue in 1999 after the Visit Mallorca Stadium was constructed.

While RCD Mallorca obtained a 50-year lease of the stadium in 1999, rumours suggest that the club will consider building a new football venue in the not-so-distant future.

While Real Mallorca have slipped down the Spanish football pecking order in recent times, supporters are still rightfully proud of the club’s success.

Mallorca are never going to be able to compete with the likes of Barcelona and Real Madrid but the RCD Mallorca trophies list is certainly respectable.

Here, we’ve put together a collection of the top RCD Mallorca honours and achievements throughout the club’s history:

With Real Mallorca situated on the Balearic Islands, there is no real derby fixture based on proximity to the Visit Mallorca Stadium.

That being said, RCD Mallorca do have an official rival in Atletico Baleares – though the two clubs went 37 years without facing one another due to the difference in ability.

Both teams competed in the Spanish Segunda Division B back in 2017/18, with the teams playing out a goalless draw in the first fixture before Mallorca snatched a 3-2 victory in the return fixture.

Atletico Baleares continue to ply their trade in the Spanish Segunda Division B and hopefully it won’t be nearly four decades before the next battle between these Balearic rivals.

RCD Mallorca will want to cement their La Liga status next season but it isn’t going to be a walk in the park.

Can the 2021/22 squad take inspiration from the Mallorca teams of the past? The 1998/99 and 2000/01 teams managed to finish third – though avoiding relegation would certainly qualify as a successful campaign.

Here, we look at some of the Real Mallorca club records, as well as RCD Mallorca player records and statistics:

Most Appearances For RCD Mallorca:

With over 300,000 followers, the official RCD Mallorca Twitter page isn’t one of the biggest football club accounts on the internet but it has a hardcore following.

Unlike many other Spanish clubs, it looks like Real Mallorca channel their energy into one social media page – with the @RCD_Mallorca account thriving during the season.

However, it is worth noting that there are several non-official pages that provide useful insight into the club, each of which targets Mallorca fans and La Liga betting tipsters from overseas.

The @RCDMallorcaUK account is popular with Real Mallorca supporters here in the United Kingdom while there are also similar accounts for French fans, Scottish fans and even Brazil.