Who Are The Richest Tennis Players In The World? - 2022 Rankings

We look at the top 10 richest tennis players in the world in 2022, with a focus on tennis net worth figures... 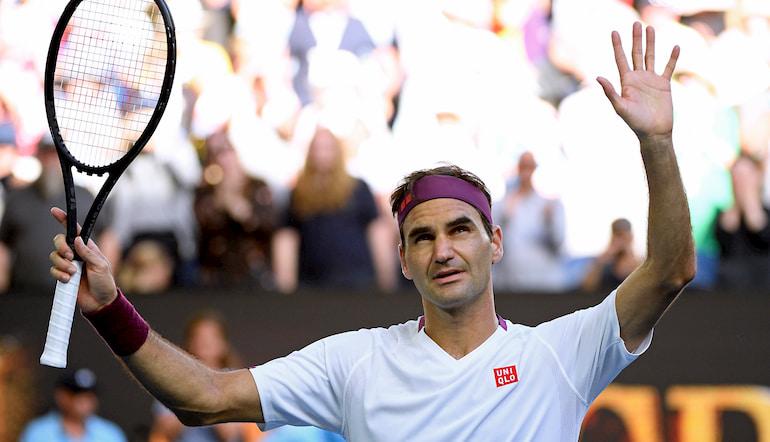 The richest tennis players in the world rake in tens of millions per year. Tennis is a truly worldwide sport, with an almost year-long calendar, and the players are rewarded handsomely for their efforts.

Like most sports, the majority of the top players’ income is endorsements. The higher the profile, the bigger the figures the sponsors are happy to pay.

Endorsements tend to build up over a career, so the older, established names often earn more per season than the newer faces.

According to Forbes, these were the highest earning tennis players in 2022. All figures have been converted to pounds from dollars, correct at the time of writing.

Although often a tennis betting favourite, Simona Halep is a long way off the top of the pile when it comes to earnings.

Although Halep has just two Grand Slam titles to her name (the French Open in 2018, Wimbledon in 2019), the Romanian has established herself as one of the best players in the world.

Success brings prize money. Unlike others on this list, that’s the majority of Halep’s earnings, though deals with Avon, Nike and Hublot are helpful, too.

Finally getting his hands on that first Grand Slam at the 2020 US Open, Dominic Thiem got so close before, but he finally delivered on his immense potential in a tournament without Rafael Nadal and Roger Federer.

Thiem racked up most of his money for his on-court efforts. He will hope to climb this list in future seasons.

Sponsor deals with Red Bull and Rolex make up a big group of companies paying Thiem. Now 27 years old, the Austrian is into his peak and will hope to add more Grand Slams in the years to come.

The 2019 season was a special one for Daniil Medvedev. Six straight ATP Tour finals is a feat only achieved by the Big Three and Andy Murray this century – Medvedev became instantly more marketable as a result.

Deals with watch and financial companies followed, and BMW came calling after his US Open final jaunt in 2019. Medvedev has a bright future ahead – how competitive will he be in 2021?

Australia had to wait a long time for a woman to be ranked number one in the world. The last Australian to achieve that feat was back in the 1970s, but Ashleigh Barty has stood on top of the world.

She’s been making plenty of money along the way too, enjoying one of the most lucrative seasons in tour history in 2019.

French Open glory brought some nice bonus from sponsors including Fila. Only two women made more money than Barty.

This is where there’s a huge leap. Kei Nishikori was in line for a massive 2020 with the Tokyo Olympics.

His playing time has been limited to almost zero and the Olympics were postponed, but the Japanese star collects millions per year in sizeable endorsements.

Asahi, Japan Airlines and Lixil all contribute to over $30 million in endorsements, a figure only bettered by five players in the world.

Career prize money pocketed by Serena Williams dwarfs any other woman in the history of the sport. Serena is arguably the greatest tennis player of all-time, and that is reflected in her earnings on and off the court.

Wilson and Nike pour millions per year in Serena’s bank account, and she’s making plentiful returns on her own investments in start-ups.

Holding dual citizenship for America and Japan, Naomi Osaka opted to represent Japan ahead of the Olympics.

Brands were desperate for the exposure she would bring. While the Olympics have been postponed, Osaka still struck several big-money deals.

Osaka was second among all tennis players in money made from endorsements, and added a third Grand Slam to her collection with the 2020 US Open.

She’s already one of the most famous tennis players on the planet and she’s only just celebrated her 23rd birthday.

The Spaniard is no one-surface specialist, though he did not have chance to defend his US Open title after deciding to sit out the 2020 US Open over coronavirus concerns.

Nadal has an array of long-term sponsorship deals. Combine those with substantial appearance fees and you’ve got a healthy salary.

He might be top of the Wimbledon odds, but Novak Djokovic has to settle for second place when it comes to earnings. Djokovic is the least marketable of the big three, though he has received the most prize money of any player in history.

It’s been a controversial 2020 for Djokovic. His reputation off the court has taken a major hit, and that could be reflected in his endorsement deals in years to come.

The man on the court is a phenomenon, however, and shows little sign of slowing down even as he heads into his mid-thirties.

Ahead of Cristiano Ronaldo, Lionel Messi and Neymar, Roger Federer was the highest paid athlete in 2020.

Federer is making millions even when he’s not playing. While prize money and the cash from exhibition events is nice, endorsements are the primary source of income for Federer.

Few people on the planet are as valuable for marketing departments as the Swiss master. His best days on the court are behind him, but Federer will stay at the top of this list until he retires.