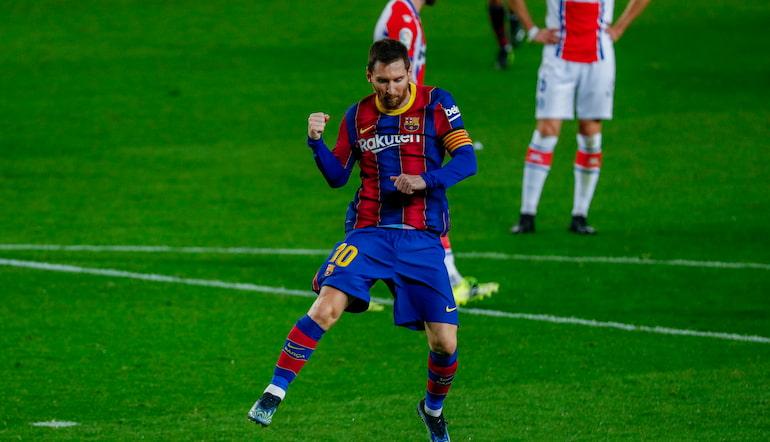 By Alex McMahon
October 6 2021
All Sports

Rojadirecta is one of the biggest online streaming sites for fans to watch football for free. Here, we look at the history of roja directa and the legal issues faced by the platform.

If you are talking about watching football for free online, one of the first platforms to come to mind is Rojadirecta.

Primarily accessed by fans of European football and in many Spanish-speaking countries all over the world, Roja directa now attracts a larger audience than many legal broadcasters.

With other names such as roja directa and rojadirecta TV, the reach of the rojadirecta brand is colossal and millions of football betting fans tune in to watch soccer every week.

Rojadirecta is one of the biggest free sports streaming platforms for those wanting to watch football online. Along with the likes of Totalsportek and Hesgoal, Rojadirecta is an industry leader.

However, rojadirecta is one of the pioneer streaming sites when it comes to broadcasting football online for free – and it has been in operation for well over a decade.

Today, we see roja directa operating under several names, while many have attempted to clone the rojadirecta tv brand in a bid to steal success.

Broadcasting football and other major sports over the internet is a massive business, with soccer fans wanting to tune in and watch football streams online from all four corners of the globe.

The advancement in strong internet networks has helped users to access websites that carry out sports streaming broadcasts online.

While there are now plenty of sports streaming sites to choose from, users tend to trust the tried and tested places to watch football online for free – especially those who enjoy making a football prediction at the weekend. 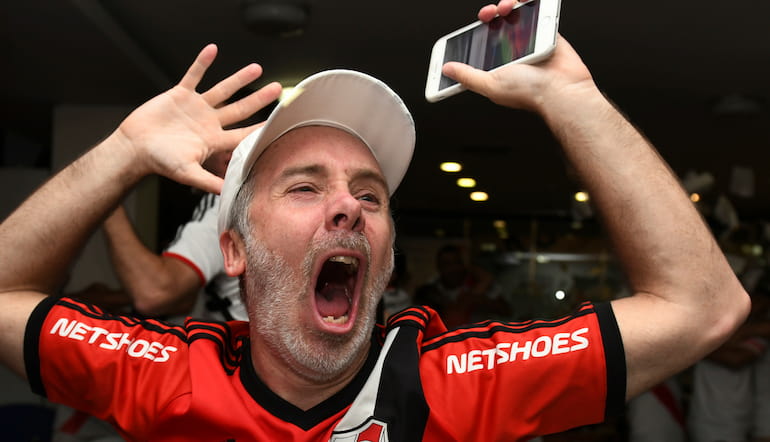 With many football matches not selected for television, fans often turn to other avenues in order to watch their favourite team. Sometimes, watching online via a sports streaming site is the only option.

Rojadirecta is just one free sports streaming service but there are lots of available sites, including Sportlemon and Cricfree, with some requesting users to registers, some demanding a paid subscription after free offers for an initial period and others allowing viewers to discuss matches in a fan chat.

In addition, many social networks are now able to stream sports events online. Facebook and Twitter regularly broadcast major sports streams so fans can watch the biggest events on their computer screens.

One of the biggest issues for fans wanting to watch football for free is location. Many sites block access from users outside the region and that means supporters must find a different service to watch the latest sports stream.

During its humble beginnings in 2005, roja directa was purely tailored to soccer and it soon became a major hit in the sports streaming platforms game.

Over 2.5 million users visited the site during the first few months but rojadirectatv really took off after adding other sports offered on paid television channels, attracting users who didn’t have alternative methods of watching but wanted to enjoy online sports for free.

The main issues for rojadirecta began in 2011, with complaints from the US resulting in the .org and .com domain to be withdrawn. However, those domains would return just two years later…

Over in Spain, the main target audience for anyone looking for free sports streaming sites, rojadirecta was denounced for violating intellectual property in 2007. Arenavision channels are also popular in Spain and Latin America.

At that time, roja directa won the trial and its subsequent appeal three years later though La Liga and many television rights owners continue to fight for the removal of rojadirecta and other free football streaming apps and pages.

There were also issues surrounding roja directa in France. Back in 2015, roja directa were forced to remove links to Ligue 1 and Ligue 2 while paying compensation and adding an acknowledgement that the platform was acting illegally.

Rojadirecta added the statement as requested but added it to the blog section where the message was not quite as effective as on the main streaming website.

At the time of writing, rojadirecta are operating under several names; with the likes of rojadirecta TV and Targeta Roja online attracting fans to the popular sports streaming site.

With a number of sites now fully functioning, users can watch the biggest sports events online for free on the platform – and it is certainly thriving financially.

In fact, estimates suggest that the roja directa website has a turnover of close to £2600 per day and the Rojadirecta brand is valued at close to £13 million.

That success probably explains why many free sports streaming websites have attempted to copy the rojadirectatv website, even using a play on the name to increase viewers. 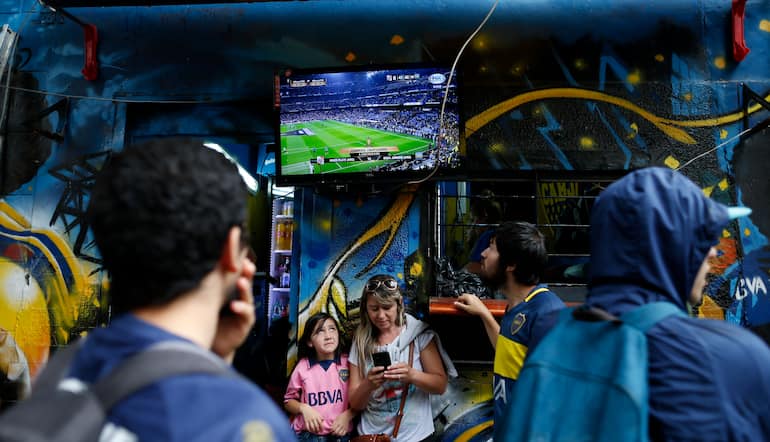 Even the most avid rojadirecta user may then question whether one of the alleged roja directa streaming sites is legitimate or a clone version designed by a competitor.

Soccer fans will be eternally grateful to rojadirecta – the famous sports streaming site has allowed millions of users from around the world to enjoy watching football online while making their expert correct score prediction on the action.

With subscription television and sports channels not accessible in all areas of the world, roja directa has given passionate football supporters a chance to watch the beautiful game.

In addition, some television broadcasters may not be airing every sports event that we want to watch and that makes streaming sites such as rojadirectatv and VIPLeague crucial for sports lovers.

The rojadirecta project has suffered partly due to the legal issues surrounding the popular sports streaming site but also because of rival websites for watching sport online.

Many have tried to emulate the Roja directa business model, with similar domain names and website appearance in a bid to confuse users into believing that the clone site is part of the rojadirecta brand.

Simply searching the term rojadirecta into Google is enough to find some of the copies, with active sports streaming sites including but not limited to rojadirecta.tv, rojadirecta.blog and rojadirecta.me.

We always recommend using official broadcasters to watch football online, whether that is BT Sport, Sky Sports or another television channel.

In addition, signing up with NFL Pass or NBA Live if you enjoy American sports is another way to watch sport streams on the internet.

However, that is not always impossible. If you cannot watch a legal football stream, make sure to use one of the main domains of the root brand. In this case, use the legitimate rojadirecta online streaming service.

However, some use a slightly different variation on rojadirecta. This is largely because of a popular strategy known as typosquatting, which consists of buying domains that replicate the name of an existing and successful website.

Rojadirect is one of the most common typing errors when attempting to access a rojadirecta stream and that is why some websites have taken the rojadirect domain. 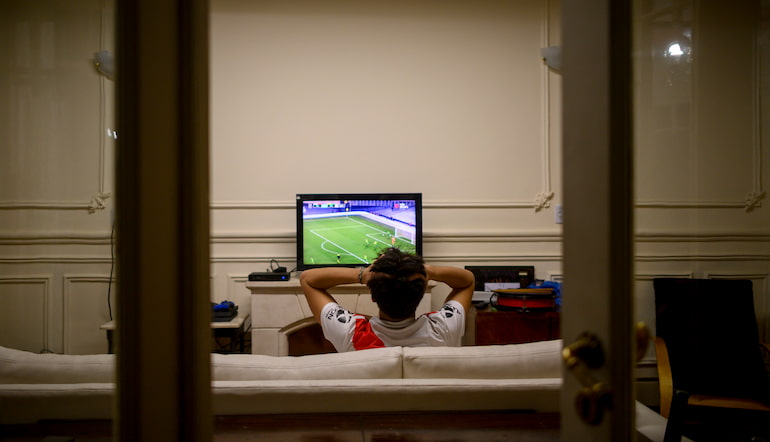 While some online sports streaming sites have covered their backs, roja directa are open to clone sites that will attempt to steal the market share.

Pirlo TV and Footybite are two of the most successful football streaming sites on the internet and they, like rojadirecta, have been able to attract large traffic volumes of users wanting to watch sports free online.

The history of rojadirecta is interesting, with the domain evolving on several occasions over the years. At this moment in time, rojadirectatv.tv is the sports streaming site that attracts the most viewers, along with Jokerlivestream and Myp2p.

The legal struggle has contributed to this outcome, with some website owners claiming the rojadirecta name and emulating the brand model in a bid to secure similar levels of success.

Rojadirectatv.tv offers users the chance to access the full schedule of matches covered on any of the similar pages but with a guarantee that it is a rojadirecta online broadcast.

Moderate advertising is a certainty but this domain is arguably more accessible than many others that adopt the rojadirecta name.

As of April 2021, the rojadirectatv.tv and rojadirecta online domains are among the most popular sites to watch football online for free.

However, there are plenty of apps that have been created for mobile users to watch football via a mobile sports stream. One of those is the roja directa TV app, which is one of the most downloaded applications in the Appstore and Google Play.

Rojadirecta is now one of the favourite options for millions of football fans to watch sports broadcasts online, especially in Spanish speaking countries. Whether you're watching the new European Super League or a La Liga match, streams for almost every match can be found.

Rojadirecta has been one of the go-to sports streaming sites on the internet for 10 years but other similar websites and legal pressure on the roja directa model has affected its status.

It is no longer the market leader, with other sports streaming platforms offering a place to watch football and discuss the best bet of the day online for free. The domain changes certainly don’t help rojadirecta’s market share…

As always, we recommend opting only for legal football streams online and there are plenty of bookmakers that allow punters to watch football broadcasts after placing a bet.

Sports streaming sites provide an invaluable service for fans in many areas of the world but traditional methods of watching football are still by far and away the best option for most sports fans around the world.