Roque Santa Cruz was on fire in the 2007/08 Premier League season but failed to live up to those heights in other seasons. Is he the biggest one season wonder in top flight history? 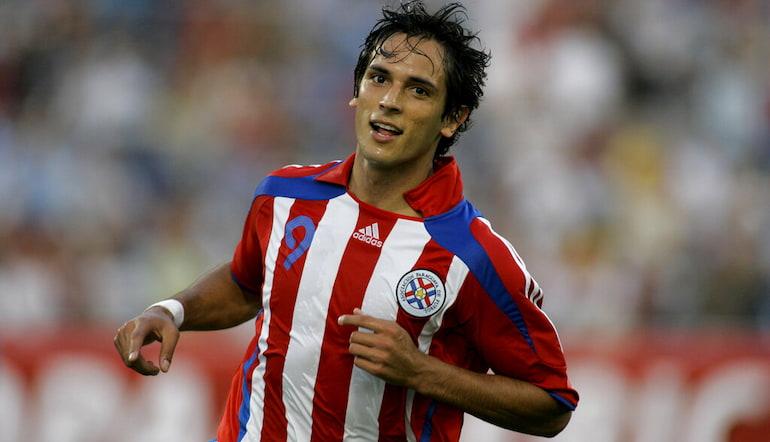 Arriving from Bayern Munich and finishing behind only Cristiano Ronaldo, Emmanuel Adebayo and Fernando Torres in the scoring charts, Santa Cruz has the textbook ‘one-season wonder’ campaign.

The Paraguayan scored four in 20 the following season, with Rovers slipping to 15th in the table. Of course, that one campaign also led to a big money move to Manchester City.

Though sometimes forgotten about when discussing Premier League one-season wonders, Santa Cruz has to be right up there.

He scored just 17 goals across the next three campaigns and didn’t better his tally of 23 goals until the 2019 season with Olimpia Asunción.

Santa Cruz was a real factor in Premier League predictions for that one season.

From an equaliser three minutes into his debut to winning Player of the Month in December, Santa Cruz delivered crucial goals throughout the season.

What a first season he had in the #PL 🔥 pic.twitter.com/Hmzxrc0QD8

The Premier League odds on Santa Cruz to win the Golden Boot were long when he arrived from Bayern for £3.5 million, but he was ultimately the top scorer outside the top four.

The talent was always there. A prodigy at Bayern, the tragic loss of his brother and injuries derailed his career. Santa Cruz had become no more than a backup in Bavaria by 2007, but plenty of teams were interested.

Speaking to The Independent in September 2007, the 6’4 striker said, "I had four or five clubs who were interested in me. I talked to some people, managers, and Mark Hughes made the difference.

"He told me his ideas. It was a simple decision after that. He said I would get the opportunity to play. And to learn.

"He said this team is competitive, but that I will only help to make it more competitive. I had a good feeling. I feel fit and strong. I feel like I can do everything now."

Of course, Hughes was then the driving force behind Santa Cruz’s move to Manchester City. The transfer didn’t work out for either party, with Santa Cruz ultimately loaned back to Blackburn in 2011.

It might have only been one successful season in England for the Paraguayan target man, but what a season it was. He excelled even the most optimistic of FPL predictions in 2007-08.

For a short period, Santa Cruz looked like a world beater. A place among the greatest strikers in Premier League history wasn’t to be, but Santa Cruz will forever be a favourite at Ewood Park.