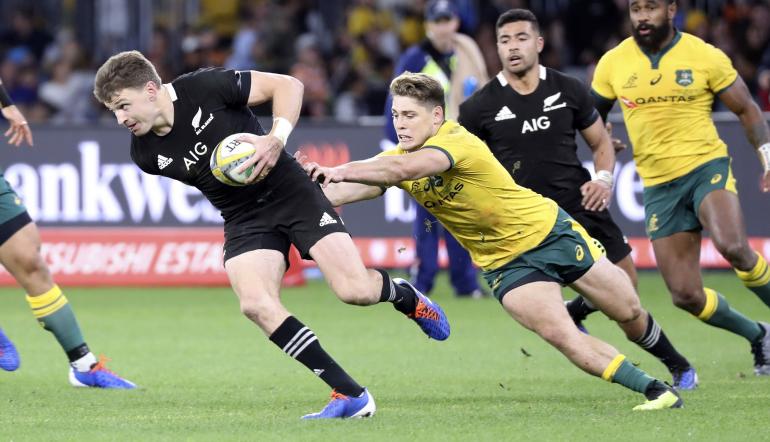 With less than two weeks until the opening game of the 2019 Rugby World Cup, excitement and anticipation is growing across the world.

All eyes will be on Tokyo Stadium for the first game of the tournament on September 20th and rugby fans will be placing their bets ahead of what has the potential to be the best Rugby World Cup yet.

Without further ado, let’s take a look at why Japan is well equipped to make this a Rugby World Cup to remember for all the right reasons.

Now up to 10th in the official World Rugby rankings, Japan have matured into a relatively consistent rugby nation. The Asian outfit are above the likes of Italy, Georgia and Argentina and that is testament to the hard work of recent Japan teams.

Japan claimed one of the biggest scalps in Rugby World Cup history when defeating South Africa in 2015 and home fans will be hoping for another shock this time around. To advance to the knockout stages, Japan will need to beat either Scotland or Ireland.

The Brave Blossoms have struggled against Tier 1 nations since 2015 but they have won 17 of their last 18 games against Tier 2 teams. With a bit of luck, we could see Japan reach the knockout stages and that will only enhance the status of rugby union in the country.

Tokyo will host the 2020 Olympic Games and organisers are concerned about the extreme climate during July and August. With temperatures topping 40 degrees Celsius in summer months, Japan is baking hot and that is a real issue for sporting events.

Fortunately, the World Cup is taking place in September and October. Temperatures will be much lower than during the summer months and that bodes well for players, spectators and everyone involved in the Rugby World Cup.

Conditions in rugby union can be a real leveller and optimum weather should mean that the best teams can play to their potential. Expect plenty of high-octane rugby and we could see a Rugby World Cup record for tries in 2019 if everything goes to plan.

The group stages of international sporting events can be mundane at the best of times but the 2019 Rugby World Cup line-up looks exciting on paper. Ireland and Scotland will do battle with Japan in Group A while giants New Zealand and South Africa will dominate in Pool B.

England were drawn into the ‘group of death’ alongside Argentina and France while Wales and Australia will collide in the pool stages for the second tournament in a row. With so many enticing matches to keep up with, punters should follow our Rugby World Cup guide.

Pool stage games are scheduled to take place in the morning in the United Kingdom and Ireland, with the earliest start time at 4:15am and the latest kick-off at 11:45am. Fingers crossed for an entertaining round of group stage fixtures…

Wales and Ireland have both enjoyed brief stints at the top of the World Rugby rankings in recent weeks while England have also been firing on all cylinders. With these three teams in supreme form, a Six Nations side could be primed to lift the Webb Ellis Cup.

Warren Gatland will want to leave Wales on a high and the 2019 Six Nations Grand Slam winners could reach the latter stages. Meanwhile, Ireland won a Grand Slam of their own 18 months ago and are now ranked as the best team on the planet.

Eddie Jones’ side secured their biggest ever victory over Ireland last month before defeating Italy 37-0 in their final World Cup warm-up. England will be quietly confident of securing a second World Cup crown come November 2nd.

All Blacks For The Taking?

Write New Zealand off at your peril. The All Blacks may have lost their status as the number one ranked team on the planet but Steve Hansen’s men are still the team to beat having won the previous three editions of the Rugby World Cup.

The manner of New Zealand’s 36-0 triumph over Australia last month sent shockwaves across the world. Yes, the All Blacks relinquished their Rugby Championship crown to South Africa but New Zealand are still New Zealand.

Getting it right for the Rugby World Cup is what the All Blacks do better than anyone and it wouldn’t be a huge surprise to see New Zealand perform at their brilliant best. However, there will be a handful of capable teams waiting in the wings if the All Blacks do fall short.