Rugby World Cup 2019: How Will The Six Nations Teams Fare?

888sport assess the chances of England, Scotland, Wales and Ireland ahead of the 2019 Rugby World Cup 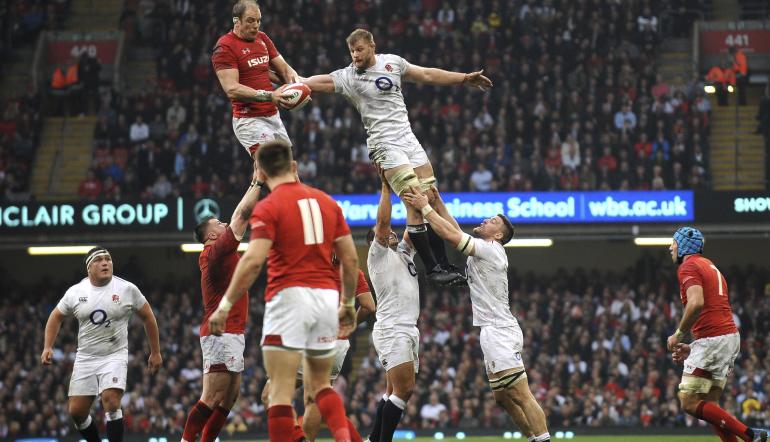 We are less than one month away from the 2019 Rugby World Cup and the warm-up games haven’t really told us much.

To be fair, the whole point of the World Cup warm-up fixtures is to experiment and gain match fitness so they have been a roaring success from that point of view.

Much of the focus will be on England, Wales, Scotland and Ireland – these four teams will carry the hopes of the northern hemisphere.

We've got a Rugby World Cup special for 888sport punters; 7/25 for a Six Nations team to reach the final. If you are expecting the Rugby Championship sides to dominate, you can back ‘no’ at 9/4 in this market.

England’s victory over Ireland after splitting a two-game series with Wales sent shockwaves across the world.

It was England’s biggest ever victory over the Irish and credit must go to Eddie Jones and his team. Ireland weren’t at full strength but they weren’t far away, with only two or three players due to come in.

On paper, England’s squad is one of the best on the planet – you won’t find too many teams with a deeper roster. Jones has had his critics over the last few years but the Australian has been getting his team ready for the World Cup.

For all of England’s struggles over the last 18 months, all will be forgiven if Player of the Tournament contender Owen Farrell is lifting the trophy on November 2nd.

Meanwhile, Wales will head into the tournament as Six Nations champions. The 2019 Grand Slam winners crumbled at Twickenham but showed their defensive mettle when settling the score back in Cardiff.

Warren Gatland will leave his position at the end of the World Cup and many believe this is Wales’ chance to win rugby’s big prize. There is a real buzz around the Welsh capital ahead of the tournament – everything feels a little bit different this time.

Prior to that defeat against England, Wales had won 14 matches in a row and confidence remains sky high ahead of a decisive tournament. At 9/1, Wales are one of the leading contenders but New Zealand remain Rugby World Cup 2019 favourites.

If all of Scotland’s games were taking place at Murrayfield, you’d have to say that they have a reasonable chance.

However, Gregor Townsend’s side may find it difficult out in Japan. At the time of writing, Scotland are 3/1 to finish top of Pool A – they will need to beat Ireland to stand any chance of advancing to the knockout stages as group winners.

Scotland were thrashed by France in Nice before reversing the result at Murrayfield. Injuries may hinder their chances of going deep in the tournament this year but you never know.

If they can keep the likes of Stuart Hogg, Finn Russell and Sean Maitland fit, Scotland could be dark horses for Rugby World Cup glory in Japan.

Despite that heavy defeat at Twickenham, Ireland will be trying to keep spirits high ahead of the 2019 Rugby World Cup.

Joe Schmidt was understandably frustrated after that showing at Twickenham and we should expect an improved Irish effort in the double header against Wales. Two defeats against the Welsh will get panic bells ringing.

Are Ireland a spent force? You could argue that the Irish peaked one year too early. Beating the All Blacks was the highlight for Irish rugby but Ireland have struggled since then – losing at home to England and then narrowly avoiding a whitewash in Cardiff.

For Ireland to stand any chance of success, everything needs to go their way. Are they as strong as they were 18 months ago? That is certainly up for debate.