Sachin Tendulkar vs Virat Kohli: Who Is India's Greatest Batsman? 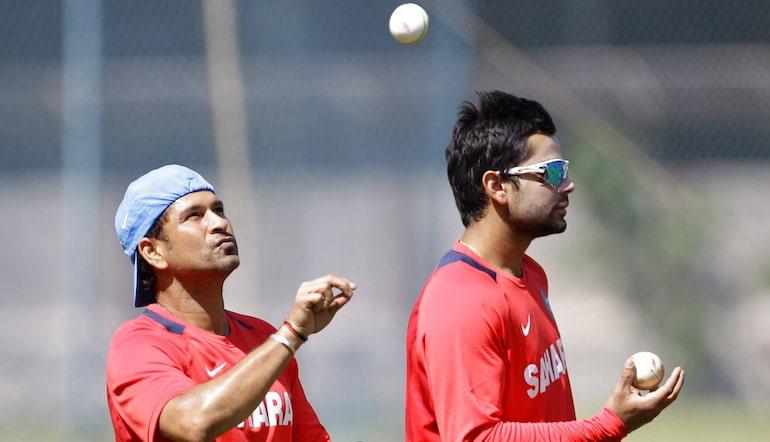 Our cricket expert @SamRCox_ tackles the Sachin Tendulkar vs Virat Kohli debate. Who deserves to be recognised as India's greatest batsman?

Sachin Tendulkar and Virat Kohli are two of the greatest batters of all-time.

There are similarities in their paths to stardom, both breaking onto the international scene at a young age, both delivering some marquee knocks against the world’s best attacks.

Tendulkar has been the yardstick for Indian batters, just as Sunil Gavaskar was before. Kohli, though, is a player and personality of a different era.

Pitting Sachin Tendulkar vs Virat Kohli is akin to Neymar vs Ronaldinho or Harry Kane vs Alan Shearer. It is a debate for those that follow cricket betting tips which can be both quantifiable and qualitative.

There are the pure numbers across the various formats, then there’s the broader impact of the two on their teams and even the sport as a whole.

The Little Master and King Kohli have carried the hopes of a nation of cricket fanatics.

Their demeanours are light years apart, yet their influence on matches and the course of cricketing history has been remarkably similar. The record books paint a similar landscape of Tendulkar vs Kohli, too.

Kohli has conquered all three formats. International T20 cricket came a bit late for Tendulkar, but he was similarly skilled in adapting his game as the colour of the ball changed.

Other than longevity, there is little to choose between the numerical records of Kohli and Tendulkar.

As of June 2022, Kohli’s Test average has dropped just below 50 to 49.95. In a lengthy century drought, Kohli is going through a lean spell by his sky-high standards.

Assuming he’s still motivated to play the longest form, we can expect those numbers to bounce back in the coming years.

Tendulkar is the all-time leading Test run scorer having played 200 matches and batted 329 times. His average is a few runs superior to Kohli at 53.78.

Only Adam Voges, Kumar Sangakkara and Jacques Kallis have bettered Tendulkar’s average of retired players to play in the 21st century.

Even with a recent drop off, Kohli is still ahead of greats like Mahela Jayawardene, Inzamam-ul-Haq, and Frank Worrell.

Of course, given the favourable conditions batting in India, direct comparison of averages with other players isn’t entirely fair.

For this exercise, though, pitting Tendulkar and Kohli head-to-head is pretty much a level playing field in the Test arena.

That’s not necessarily the case in white-ball formats. Kohli’s ODI strike rate is six runs per 100 balls higher than Tendulkar’s, but that is to be expected given the increase in scoring rates worldwide.

Kohli also has the edge in average, however, with an astonishing mark of 58.07 in 50-over international cricket. Tendulkar’s 44.83 is still very impressive.

Kohli has the fourth-highest ODI batting average ever. Two of the three ahead of him are still active, and only one of the three has played more than 32 one-day international innings (the majestic Babar Azam).

It’s only fair to take Kohli’s T20 prowess into account here, too. Aside from his various IPL records, he’s also the record holder for the top batting average in international T20 cricket.

Tendulkar ultimately played just a few IPL seasons in his twilight years. Averaging just under 33 is a solid return, but he is far short of Kohli’s 40.05 in domestic T20 cricket.

Tendulkar captained India just 16 times in Test cricket, winning only four matches. He captained 73 ODIs, winning just 23. It is not even a competition with Kohli in this department.

Kohli is India’s most successful Test captain with 40 wins in 68 matches. His winning percentage is the highest of any Indian skipper to lead the team in more than six Tests.

That trend continues in ODI cricket with 60 wins from 95 matches. He also won 30 of 50 T20is and led Royal Challengers Bangalore in the IPL.

Obviously, a captain’s record is predominantly about the talent around them. India were far less competitive when Tendulkar was in charge, while Kohli benefited from a deep pool of international-calibre players.

It also shouldn’t be ignored that Kohli is a natural, fiery leader. Tendulkar is a reserved, quieter character. Kohli is a battler, a thoroughbred competitor.

Tendulkar is adored partly because of his gentle nature. Kohli was made for captaincy; Tendulkar was not. This has to be an element when weighing up the Tendulkar vs Kohli argument.

On top of being the star batter in three formats alongside IPL commitments and all that comes with being a mega-celebrity in India, Kohli was the driving force of the national team.

His attitude changed the Indian team for the better, taking them to become an irrepressible force in T20s, ODIs and Tests.

Being a leader and captain for so long obviously takes its toll – it asks so much of a player to do that in multiple formats, particularly with the force of personality that Kohli brought to the role.

The packed nature of the cricket calendar for three-format players will probably mean Kohli does not match Tendulkar’s longevity.

He is over 5,000 Test runs behind Tendulkar, and that’s up at 6,000 in ODIs. T20 cricket is an ever-present on sports betting pages, and it has altered the career of so many players already.

This isn’t just about aggregate stats, though. Kohli and Tendulkar overlapped, yet they are cricketers from different eras. Kohli has seen the highest T20 scores climb and climb.

The skills modern players possess are remarkable – even technically superb, generally orthodox players like Kohli are playing shots that were not even invented during Tendulkar’s career. 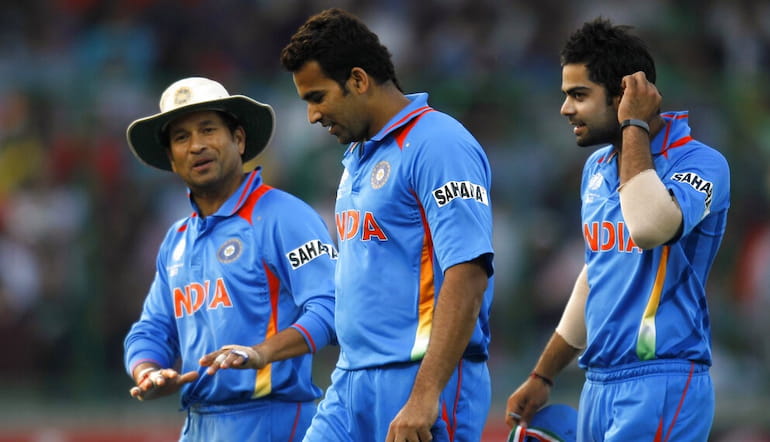 Tendulkar probably could have adapted to the current game if his career came a decade later.

Yet, Kohli and many modern players have had to meet demands that simply did not exist 15 or 20 years ago. That’s before we even consider his influence and workload as a captain.

Kohli will not match Tendulkar’s level of adoration in India, but he’s far closer to the Little Master than most would have imagined when he debuted in international cricket in 2008.

Providing he regains form and continues playing for a few more years, Kohli could well come out on top in this comparison, even if Tendulkar remains the owner of the record books.