Sir Alex Ferguson vs Arsene Wenger: Who Is The Better Manager?

Two of the best managers to grace the Premier League, the Sir Alex Ferguson vs Arsene Wenger debate rages on. Who wins your vote? 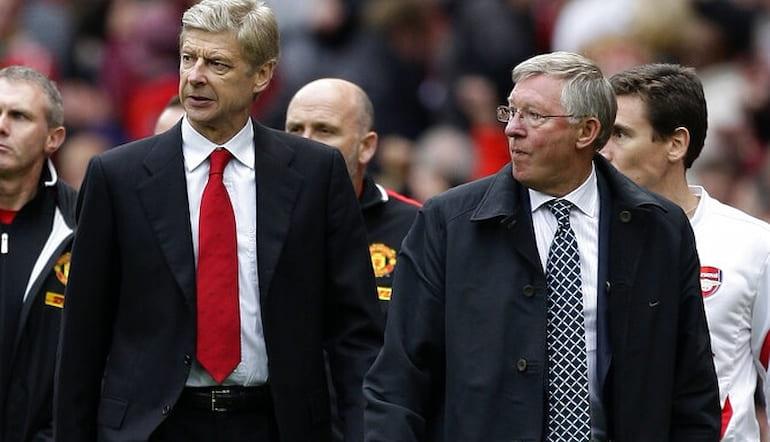 Football expert @SamRCox_ gives his view on the Sir Alex Ferguson vs Arsene Wenger debate - who comes out on top?

There was no concern about either being the next Premier League manager to leave for over a decade. The on-pitch hostility was clear between the two teams, from Patrick Vieira against Roy Keane to Martin Keown and Ruud van Nistelrooy.

Wenger and Ferguson exchanged public remarks, and bad feeling grew across two fan bases with no historical or geographical tensions.

From Wenger’s appointment until Chelsea’s surge under Roman Abramovich, the top of Premier League online betting was all about Ferguson’s United and Wenger’s Gunners.

It was a period of hostility between Highbury and Old Trafford, with both venues hosting some classic fixtures. Ferguson had established himself as a managerial great, but his battles with Wenger brought more out of the Scot.

Wenger, dubbed ‘Le Professeur’ upon his arrival in England, had trophies to his name in France and Japan.

His appointment at Arsenal was a relative surprise, and he set about changing the Premier League, making more than his fair share of history in English football.

While Ferguson and Wenger are still involved in the sport, neither are factors for bettors to consider when weighing up football odds. That makes it a good time to compare their respective, historic managerial careers in England.

Ferguson wanted Manchester United to topple Liverpool at the top of the list of the most successful clubs in England. He did just that. Wenger won two league and FA Cup doubles, a further league title and five more FA Cups.

It was 13 league titles for Ferguson, with a couple of Champions League winners’ medals and two finals losses.

Wenger reached just one Champions League final, and spent the final years of his career disappointing in the world’s premier club competition.

Of course, Ferguson never matched Wenger’s unbeaten Premier League season. It’s a feat which is hard to quantify, as no other team in the history of English football has achieved an unbeaten top flight campaign.

Lifting the gold Premier League trophy was a unique moment, yet how can that be compared to Manchester United’s unprecedented treble?

When it comes to points hauls, both Wenger and Ferguson oversaw some impressive tallies, but both have seen their top marks surpassed by Manchester City, Liverpool and Chelsea.

Wenger is a footballing ideologue. This was his downfall at times, such was his uncompromising belief in the way the game should be played.

Wengerball was at its pomp with Thierry Henry leading the line and a steely spine led by Vieira. Adaptation was rare, and once that core has disbanded, Wenger’s stubborn nature limited Arsenal’s ceiling.

Ferguson, in contrast, was a pragmatist. Often applauded for his attacking football, Ferguson’s greatest tactical skill was an ability to adapt.

He favoured certain principles, largely playing with wingers and being direct in possession, but the Scot would tweak these when required. Winning always trumped all else for Ferguson.

It is man-management skill rather than tactical ingenuity that shines from Ferguson’s legacy. He was a motivator first and foremost, capable of instilling supreme belief in his squad. This was reflected in the regularity of Fergie Time goals. 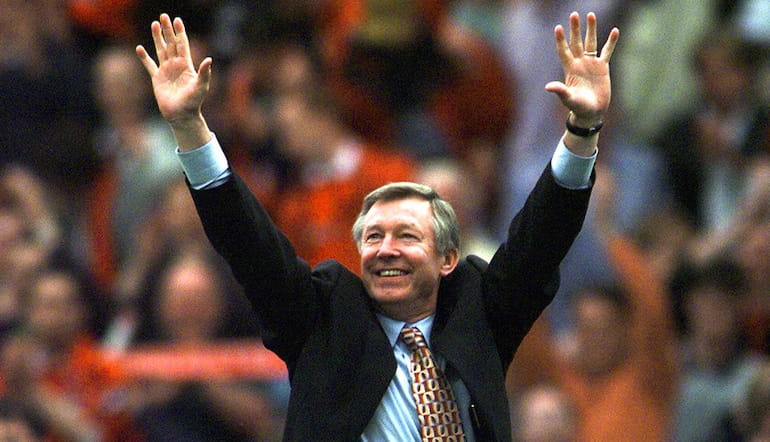 Players largely flourished under Ferguson, and some who developed and impressed at United showed to be significantly less impressive when they departed for pastures new.

Where Ferguson’s fearsome competitiveness led to some fractured relationships with his players, Wenger was a calmer, more relaxed manager. Perhaps he became too relaxed towards the end, lacking than fire that made Ferguson a perennial winner.

The Wenger method had its failings – it was not effective in curating a long-term winning machine, yet it avoided the blow ups that were occasionally detrimental at Old Trafford.

Wenger further professionalised the English game. The magnitude of his impact on the Premier League should not be downplayed – it would be a very different place if Wenger had never established himself at Arsenal.

Wengerball arguably became outdated, but concepts of Wenger’s tactical ideals are found around world football to this day.

Ferguson’s impact was seismic in titles alone. Manchester United had an unparalleled period of sustained dominance, and the club would not be the international brand it is today without Ferguson’s irrepressible drive.

Wenger vs Fergie - Who Wins?

Comparing the respective CVs, Ferguson clearly comes out on top. He’s got the longevity and trophies over Wenger, both in England and Europe.

Ferguson was a relentless winner in a way that Wenger was not. Wenger was, as the nickname suggests, a professor of the sport, a footballing philosopher who appreciated the sport as an artform as much as a pure competition.

Winning was the be all and end all for Ferguson. That wasn’t always the case for Wenger, particularly in the twilight years of his Arsenal stint after the stadium move.

Happy 80th birthday to the only manager in English football history to win three consecutive league titles, a feat that he achieved twice.

Happy birthday to one of the greatest managers of all time, Sir Alex Ferguson. pic.twitter.com/mIDGxIRSlH

Ferguson took United out on top, a perennial contender in Premier League predictions. Wenger oversaw a potentially tumultuous period for the club, providing stability and consistency of a different kind.

In terms of success, it is a no contest. Sir Alex Ferguson is clear of Arsene Wenger.

More subjective topics like wider impact on football provoke a more interesting debate, and a case can be made that Wenger has a greater worldwide legacy than Ferguson.