What Are The Biggest Snooker Events For Prize Money?

We look at the 10 biggest snooker tournaments for prize money – there are some lofty prize funds for snooker betting fans... 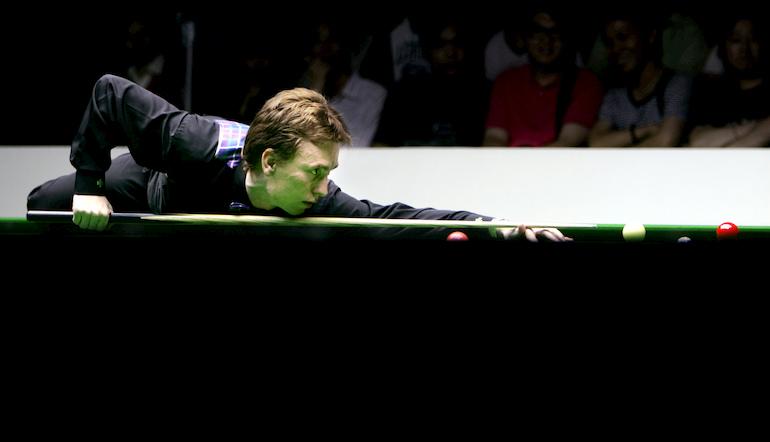 Snooker is the most popular cue sport and thousands of fans watch the biggest tournaments every year.

It is a simple enough sport to follow and snooker betting online odds for the top competitions around the world are available all year round.

While some have argued that there is a lack of personality in snooker at the moment, the sport itself is thriving.

Prize money has increased for most of the major ranking events and the best players in the sport will be hoping to shine on snooker’s big stage.

With so many top class players on the snooker circuit, tournaments are getting more and more competitive.

The prize money offered is now reflective of just how difficult it is to win a major snooker event, such as the Snooker World Championship.

Snooker fans can find the latest betting tips and odds via the 888sport blog.

With the best snooker betting guides, tournament previews and interesting debates relating to the sport, 888sport is the place to be.

Revived by Matchroom Sport in 2013, the Champion of Champions event sneaks into the 10 biggest snooker tournaments for prize money.

The competition was a direct replacement for Premier League Snooker and is broadcast live on ITV4.

Coventry hosted the 2019 competition, which was won by Neil Robertson.

The Australian pocketed a tasty £150,000 for that success and he will be hoping to retain his crown in its new Milton Keynes location later this year.

The inaugural Snooker World Cup took place in 1979 but the event has failed to hold down a regular spot on the calendar.

Scotland, represented by John Higgins and Steven Maguire, lifted the World Cup in 2019 and plenty of punters will fancy the repeat.

With a total prize fund of £660,000, this team event is both unique and lucrative.

The second-longest running tournament behind the World Championship, the Masters is one of snooker’s most prestigious competitions.

Alexandra Palace has hosted the annual event since 2011/12 and it is a fantastic venue for snooker.

Ronnie O’Sullivan leads the way with seven Masters titles but Stuart Bingham is the current champion after an immense performance in 2019.

You can find out more about snooker and the Masters by checking our snooker betting tips ahead of the event.

It took 12 years for a defending champion to retain the Shanghai Masters but since then it has been O’Sullivan’s event to lose.

As of the 2018 tournament, organisers increased the number of competitors to 24.

With the Shanghai event surpassing the Masters in terms of prize money, the sky is the limit for this tournament and it could regain its ranking status in the not-so-distant future.

The most modern event on this list, the China Championship first took place as recently as 2016.

Held in Guangzhou, it is an exciting event that offers over £750,000 in prize money – making it one of the most lucrative tournaments in snooker.

The China Championship winner was awarded £150,000 of the prize fund in 2019, a very fair figure considering the prize money on offer for winning the World Championship and UK Championship.

Snooker betting odds will be available on this event in due course - keep an eye on the latest previews and snooker tips ahead of the tournament.

Now known as the World Open, this event was originally founded back in 1982 under the name Professional Players Tournament.

Since then, the competition has changed on more than one occasion but was officially reformed ahead of the 2010 event.

As is the case with many lucrative snooker tournaments, the World Open is a ranking event and regularly attracts the top professional players.

However, the new format gives amateurs an opportunity to qualify and play alongside the professionals.

One of the newest ranking events on the circuit, the International Championship has only been around since 2012.

The prize fund available to competitors totals £802,000 – and that has helped to rapidly increase the event’s status in recent years.

Because of the lure of significant prize money, the best snooker players in the world tend to go all out for this competition.

Current world number one Judd Trump was successful here in 2019 and this is certainly one of the snooker events to watch in 2020.

Founded back in 1997, the China Open is one of the most popular overseas events.

As the third richest snooker tournament on the calendar, the top British players tend to enter this competition, with 14 of the 18 winners born in England, Scotland or Wales.

The 2020 China Open was cancelled but the event will return next year to retain its status as one of the most lucrative tournaments in the world.

As one of only three events with a total prize fund of £1,000,000 or more, the China Open is very important for the sport.

Passionate snooker fans will know all about the UK Championship – the event is held at the Barbican Centre in York and is shown live on the BBC.

According to information relating to the 2019 event, £200,000 is awarded to the UK Championship winner.

Ding Junhui has been one of snooker’s most consistent players in recent times and he came up trumps in 2019.

The 2020 event is currently scheduled for November so there is plenty of time for fans to browse snooker betting tips in the coming months.

The pinnacle of the sport, the Snooker World Championship is a thrilling spectacle.

It is the ultimate test of a player’s credentials, with a gruelling schedule that will test the mental capacity of the best snooker players in the world.

World Snooker Championship betting tips will be widely available ahead of the tournament – this is the event that everyone wants to win.

With £500,000 on offer to the champion, the pressure is intensified that little bit more than at other snooker ranking events.