The Greatest 147 Snooker Breaks Of All-Time

Is the 147 snooker break the best feat in sport? Who has the most 147 breaks in snooker? Our snooker betting expert picks his top maximum breaks... 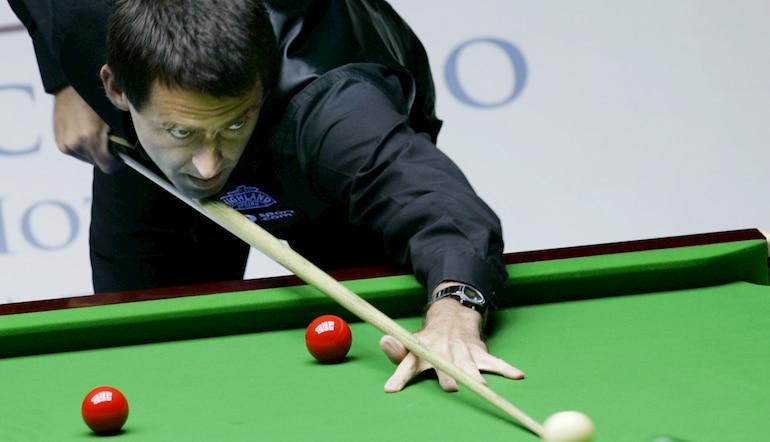 The best 147 breaks are the pinnacle of snooker.

It’s years, perhaps decades, of practice delivering a career-best moment, a combination of ball control, pure potting ability and delivering under increasing pressure as you near the milestone.

Widely regarded as the greatest snooker player ever, Ronnie O'Sullivan leads the way with the most century breaks in snooker. If you are a fan of Ronnie O'Sullivan 147 clips, you're in for a real treat with this list.

Notching a 147 isn’t something every snooker player will achieve. It’s a moment that is so much more than the frame it subsequently wins – not to mention the substantial prize money often on offer for such a feat.

While a 147 might not be the focal point of snooker betting online, it’s fun to look back at some of the best 147s in the history of the sport.

Picking these meant weighing up match significance and the ease with which the break was achieved. Or, in some cases, the sheer speed of it. Here are the five best 147 breaks in snooker history...

Ronnie O’Sullivan and Mark Selby duelled in the semi-final of the 2007 UK Championship. It’s probably the biggest rivalry of the modern era, and this was arguably their most epic encounter.

The match had gone back and forth. Pressure built with each frame with a place in the final on the line.

With a deciding frame set up as the score went to 8-8, O’Sullivan took centre stage and produced a majestic break to snatch the match from Selby’s grasp.

Was this peak Ronnie? The Rocket produced the fastest 147 of all-time at the 1997 World Championship.

It took him five minutes and eight seconds to complete the break, averaging less than eight seconds per pot. That’s just unfathomable speed.

This record borders on unbreakable. Mere mortals can barely think through a 147 in five minutes and eight seconds, and that’s what makes this so remarkable to watch to this day.

He cruised through the break like he was on auto-pilot, in complete control of where the balls landed and this Ronnie O'Sullivan 147 remains an iconic snooker clip.

It was never in doubt. While O’Sullivan fell in the last eight to Darren Morgan, this break was a sign of the talent that has made him a World Snooker Championship betting favourite for years to come.

Maximum breaks have become more common over the years. In the days of six-time world champion Steve Davis, they were a rare occurrence. His perfect break in the 1982 Lada Classic was historic.

The first professional 147 is a feat enough, but there was the added bonus of being the first-ever televised 147.

Getting snooker on television was a major step forward for the sport. Moments like this meant so much to snooker as a whole beyond Davis and his fans.

To have one of the all-time greats producing a maximum on TV was seismic moment.

Those who know more about snooker than anyone else consider the final of the Liverpool Victoria Charity Challenge to be the greatest match of all-time.

Stephen Hendry faced off with Ronnie O’Sullivan, a showdown between arguably the best two players ever. Sure, it was a non-ranking event, but that doesn’t take away from the spectacle or what Hendry achieved.

The Scot had built an 8-2 lead. O’Sullivan, as he has so often throughout his career, got red-hot, winning the next six frames in just 68 minutes. A deciding 17th frame was required, and Hendry stepped up with a 147 to clinch the tournament.

One of the most memorable moments in modern snooker history came at the 2010 World Open.

It, of course, featured a Ronnie O’Sullivan 147 once again. With just a red and a black potted in the third frame against Martin King, the Rocket turns to the referee and asks what the prize is for a maximum.

He obviously knew exactly what the prize was – it had been a point of controversy before the tournament that the highest 147 snooker break wasn’t getting any bonus prize money and neither was a maximum.

Jan Verhaas, the man in the awkward position of fielding O’Sullivan’s questions, was stunned by the situation. O’Sullivan took a short hiatus from his break after quizzing Verhaas, leaving King bemused as he looked on.

The Rocket keeps building the break; red, black, red, black. A third of the way through, Verhaas confirms there’s no prize, and O’Sullivan’s face turns an unimpressed snarl.

He continues the break, pulling off a couple of tricky red pots before a phenomenal positional shot on 97, taking the ball the length of the table to set himself up for the final pair of reds.

He clears the colours up with ease. With the black left on its spot, he shakes King’s hand, but Verhaas convinces him to complete the maximum.

O’Sullivan’s post-match interview was just as snooker fans expected. “What’s the point in making a 147 if they’re only going to give you four grand? They’re getting stingier.”

When asked if the reaction of the fans gave him a boost after potting the black, O’Sullivan responded in typically disinterested fashion, pointing out that he’s had ‘loads of 147s’ so it’s not that exciting.

From perfect snooker to a fiery interview, everything about this break was vintage Ronnie. The commentary team summed it up: There’s only one Ronnie O’Sullivan.