Which dates stick out like a sore thumb at World Cup 2022 in Qatar? Join us as we pick out 10 days of football you won't want to miss 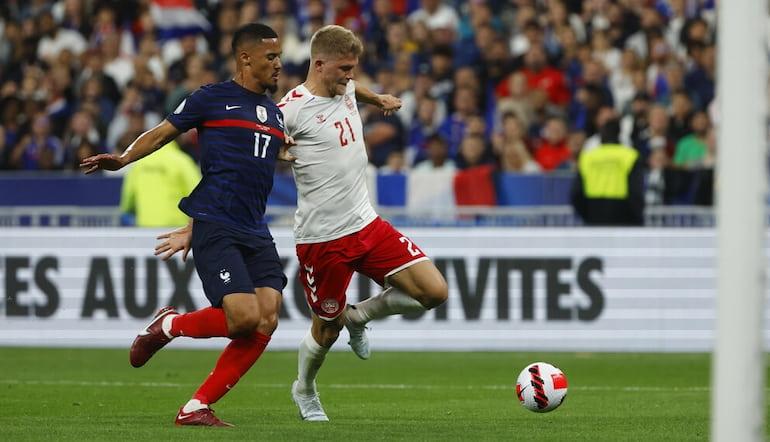 The 2022 World Cup has bent the footballing calendar, causing a hiatus in the Premier League season for the tournament to take place in Qatar.

There are numerous unknowns heading into World Cup betting from how teams will cope with the desert heat to what impact playing an international tournament midway through a season will have.

The betting markets are already set from outrights on the eventual tournament winner and top scorer to specific props focusing on the total goals scored or which players will be named in the final squad.

Below, we have picked out the most important dates from this unusual World Cup schedule.

All 32 World Cup managers have to submit their final 26-man squads by 13th November. Some may opt to name their squads before this date, while others will leave it until the last minute to make those final cuts.

Not only have squads inflated from 23 to 26, but unlike the Euros last summer, managers can name all of their reserves on the substitutes bench.

Also, for the first time in World Cup history, five substitutions will be allowed per team, which could play a factor in who makes the final squads.

It starts with Senegal vs Netherlands. Then, England face Iran. The hosts play the third match of the competition against Ecuador with a 4pm GMT kick-off time before day one is wrapped up with the USA and Wales.

There’s nothing quite like the opening day of a World Cup. This will provide our first answer to our predictions of every World Cup result, and an early look at one of the competition favourites in the shape of Gareth Southgate’s England.

The pick of the group stage matches on paper, Spain and Germany matchup in Group E on November 27th.

This will be the sixth World Cup meeting between the two sides, and could be the match which decides who comes out on top in the group.

Kindly falling on a Sunday, the 27th also brings us Japan against Croatia, Belgium against Morocco and an intriguing clash between 2018 runners-up Croatia and an exciting Canadian side. Mark this one on the calendar.

The final round of Group A and B fixtures are taking place on 29th November.

England may well have their last 16 spot secured by this point, but a clash with Wales in a major tournament is always a significant occasion. It could be a crucial fixture for Gareth Bale and co, too.

If all goes as expected, the Netherlands taking on Qatar is probably a dead rubber. The duel between Ecuador and Senegal is considerably more interesting, however, with the two teams likely competing for the second qualification spot.

Matches in the same group kick off at the same time in the final round of fixtures. Groups G and H will see their last group matches take place on 2nd December.

Both G and H look very competitive. Brazil should progress comfortably enough, but Cameroon, Switzerland and Serbia have a strong chance to join them.

Portugal and Uruguay are naturally the favourites from H, yet it would be foolish to write off Ghana and South Korea. Both nations have qualified from the group phase in the past.

Starting off on 3rd December at 3pm, the round of 16 is played at a pace of two matches per day. The last of the eight fixtures in this round kicks off at 7pm on 6th December, between the winners of Group H and runners-up in Group G.

If England win their group, they will be playing in the later kick-off on the 4th. Should they end up in second spot, they will face the winners of Group A in the 3pm fixture on the 3rd.

With Spain and Germany paired in Group E, it’s probable that one of the two will face Belgium in the last 16.

There’s little respite once the knockouts are rolling. The 7th and 8th are the only days off before the last eight starts up. It’s again two matches per day, starting out at Education City Stadium in the early kick off on the 9th.

If England win their group and make it through the last 16, they will be in the last of the quarter finals in Al Khor. Al Thumama Stadium and Lusail Iconic Stadium host the other two matches.

The showpiece Lusail Iconic Stadium is again in use for the last four. Al Bayt Stadium will be the venue for the second of the semi-finals.

It was an all-European affair at this stage of the competition four years ago – which teams are you backing to make it to this stage in Qatar?

The fixture no one wants to be in. Both semi-final losers will face-off in the third-place playoff on 17th December at Khalifa International Stadium.

Some would argue the third-place playoff should be scrapped, and given the timing of this tournament, motivation for this fixture might be even lower than usual.

Goals from Thomas Meunier and Eden Hazard saw Belgium claim third over England four years ago. Germany have the most third-placed finishes in World Cup history with four.

The 2022 World Cup final will be played on 18th December at Lusail Iconic Stadium. Over one billion people tuned in to watch France beat Croatia four years ago – this is the biggest sporting event on the planet.

Brazil are the pre-tournament favourites as they chase their sixth World Cup. Defending champions France will fancy their chances despite some poor results over the last few months.

Fans around the globe will be filling out brackets to predict who will be the two teams left standing on 18th December. Will Southgate take England one step further? Does Lionel Messi get his hands on the trophy at his final opportunity?

It’s going to feel a bit different watching a World Cup final in the depths of winter, but that will not detract from the significance of the occasion. 26 players will become World Cup winners on 18th December, sending their country into rapturous celebration.