Why Erik Ten Hag Should Prioritise The Europa League This Season 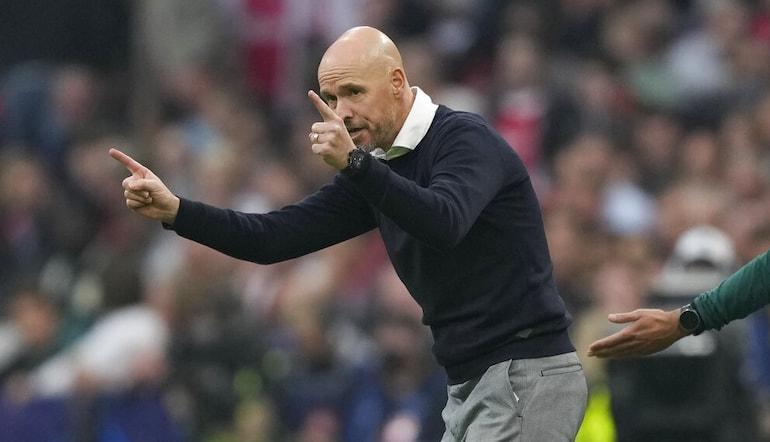 Manchester United have made some poor decisions since Sir Alex Ferguson retired in 2013 but Erik ten Hag could be the man to buck the freefalling trend at Old Trafford.

The club’s issues go way beyond the managerial position, with the board opting to prioritise a strategy focused on commercial success over on-field glory.

However, Ten Hag’s appointment brings renewed optimism to the club and many believe that the Dutchman is the right fit to take United back to the top.

The Red Devils are in no state to challenge on multiple fronts but prioritising Europe could be the best way to qualify for next season’s Champions League.

The football betting odds make United leading contenders to lift the Europa League trophy this term and that would constitute a successful first season for Ten Hag.

Here, we assess United’s current situation and discuss why Erik ten Hag should go all in on winning the Europa League in his first season at the Theatre of Dreams.

Top 4 A Stretch Too Far

First and foremost, do United have enough to challenge for the top four? Juggling European commitments with a Premier League top four push will push this squad beyond its limits.

If United were heading into the 2022/23 campaign with no European football whatsoever, you could make a case for harnessing everything into the Premier League.

With Man City and Liverpool so far ahead of the chasing pack, we can assume that two of the Champions League spots are already secure.

Some way too early predictions reckon United will nick a top four berth but even the most ardent Red Devil can admit that Tottenham, Chelsea and Arsenal are better placed at this stage.

Only time will tell but with United’s transfer strategy looking lost at sea once again, it will take a huge impact from Ten Hag to take the Red Devils into the top four.

The Red Devils will be playing on Thursdays and Sundays once again but Ten Hag has plenty of experience when it comes to competing in Europe.

He defied Champions League predictions to lead Ajax to the semi-finals in 2018/19, coming a whisker away from a showpiece blockbuster against Liverpool before Lucas Moura’s last gasp winner.

With over 40 matches in charge of Champions League and Europa League fixtures, Ten Hag has enough experience to understand the mechanics of a European campaign. 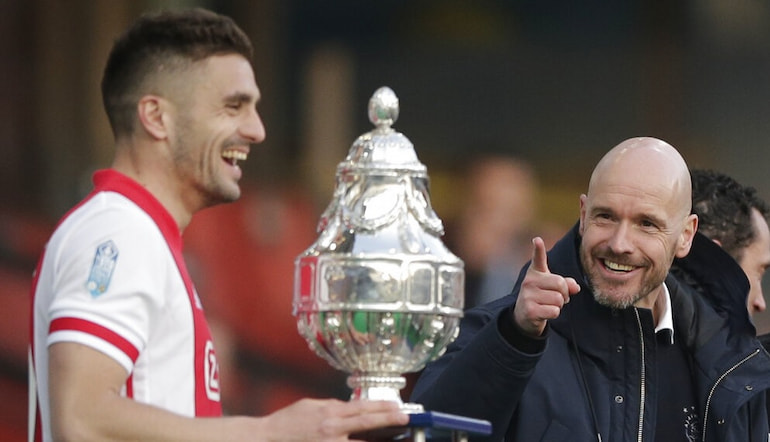 Now, why should Ten Hag prioritise the Europa League over the Premier League? That is the question that we must now tackle.

Firstly, it is going to take some time for Ten Hag to adjust completely to the Premier League – there is no doubt about that.

However, the chance to make an instant impact and win Manchester United fans over is already here: winning the Europa League will do just that.

🗣️ “I wish him the best and let’s believe that we’re going to win trophies.” @Cristiano shares his thoughts on Erik ten Hag, the club’s incredible support and pre-match nerves ahead of his United return in an unmissable episode of Player Diaries 👀#MUFC | #BringingYouCloser pic.twitter.com/I4ghf0YMuf

Victory in Europe’s secondary club competition secures automatic qualification for next season’s Champions League, and that has to be Ten Hag’s top priority.

In addition, he will be adding silverware to the Old Trafford trophy cabinet. A trophy cabinet that could do with an addition for the first time since the 2016/17 season.

There is no doubting that every fan wishes United were in the Champions League but the Red Devils can turn their situation into a positive by going all in for European glory.

If Man United defy the odds the Premier League Odds and hit the ground running, we could see the Dutchman prioritise a top four finish.

However, optimism surrounding the Old Trafford club is at a record low ahead of the 2022/23 season and most fans are expecting the Red Devils to struggle once again.

While the Ten Hag project may be a long term success, expecting instant results would be not only foolish but also unfair as the rebuilding process begins.

That isn’t to say that United cannot win the Europa League. As always, there is an element of luck in cup competitions but Ten Hag’s side are primed to lay down a serious challenge.