Way Too Early Predictions For The 2022/23 Premier League 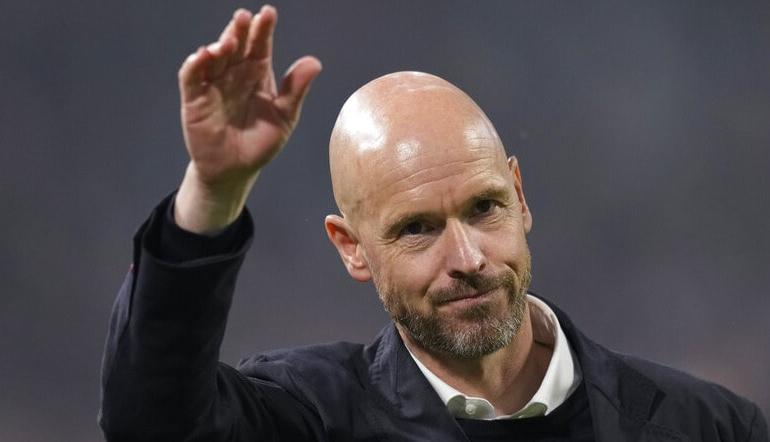 It’s usually a fool’s errand to make season predictions and for proof of this we only need look at prophecies made prior to last term. Manchester United to finish above Liverpool. Manchester City to fall into decline.

To be clear, these weren’t from our own crystal ball but we’re absolutely not judging whoever it was that hopelessly misread the room. We know how difficult it is to second-guess the future.

And it’s especially difficult making a football prediction at this early juncture, long before most transfers are made and ahead of pre-season friendlies.

What the hell though, right? We’re game if you are. Just please don’t remind us of these next May!

This summer, a wealth of under-achieving talent is leaving while numerous new faces are set to arrive, who all need bedding in and acclimatizing to the unique demands that come from being a Manchester United star.

Still, if the Dutchman instils a better structure to the team – and he unquestionably has the managerial acumen to do so – then the Reds should improve and quickly.

Furthermore, if the players buy into his thinking, a Champions League spot is there for the taking.

Southampton to struggle and Hasenhuttl to leave

It always feels somewhat unsavoury to suggest a man and his job will soon be parted but the Austrian will begin 2022/23 as one of the favourites to leave his position first and there are legitimate reasons why.

Throughout Ralph Hasenhuttl’s three-and-a-half year tenure on the South Coast his team have been streaky, capable of putting together a three-month run of good results only to then forget themselves completely and slide down the table. Last season was no different.

Only it feels distinctly different this time, a capitulation from early March on resulting from players looking jaded and in dire need of inspiration.

The Saints require three or more big signings this summer to rejuvenate a squad that’s gone stale. But will Hasenhuttl be given the backing to make them?

Manchester City to have it all their own way

The football odds for next term will naturally pitch City as favourites, with Liverpool close behind. Perhaps though, the duopoly we have witnessed in recent years may be showing signs of abating.

Sadio Mane has publicly admitted he intends to depart Anfield this summer and the Senegalese striker is a huge part of Jurgen Klopp’s attacking template.

City meanwhile have considerably strengthened their forward options, not only attracting the phenomenal goal-machine Erling Haaland but also Julian Alvarez, an Argentine who has been tearing things up for River Plate, leading to comparisons being made with Sergio Aguero.

Factor in too, the inevitable psychological baggage of Liverpool’s incredible campaign ending in heartbreak twice-over and the ultra-tight title races that have become the norm may give way to a fairly comfortable ride for the Blues.

We’re calling it now: City to win the league by 8+ points.

The Magpies’ perilous circumstances going into 2022 meant their new owners erred towards pragmatism in the January window and in their choice of manager too.

Players were targeted with proven Premier League experience while ‘Steady’ Eddie Howe was recruited to stabilize results and it must be said the former Bournemouth boss did a tremendous job from the get-go. 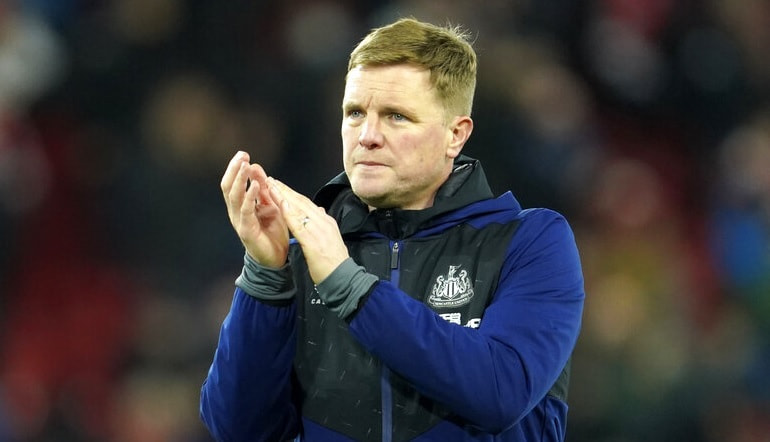 With their top-flight status secured however, the wealthiest club on the planet will look to bring in more sensational fare this summer on the pitch and that consequently raises the expectation levels in the North-East and puts greater pressure on Howe to excel.

Is he up to the task? Only time will tell but don’t be surprised if a marquee name in a designer suit is at the helm come May.

As for Newcastle, their elevation will likely continue and though top four will remain beyond them for the time being, a domestic cup is well within their means. It would be their first trophy for 67 years.

We are in unchartered waters with Antonio Conte who has strayed from his typical M.O. of inheriting a side capable of winning a title and then fixing their problems to facilitate that happening.

Tottenham are not capable of winning the league and indeed are in possession of so many flaws that attaining a top four place last season should be considered an over-achievement.

The Italian deserves a great deal of credit for making that a reality but his contribution paled to that of Harry Kane and Son Heung-min who between them boasted a remarkable 38 direct goal involvements in Spurs’ 41 league goals from February on.

Can these go-to names for fantasy Premier League tips maintain this staggering return next term? We all saw how badly Tottenham stuttered in the early stages of 2021/22 when the pair fired blanks.

An over-reliance on their front two will surely back-fire on the Lilywhites at some juncture and when it does Conte will kick up a storm.

The Fulham striker’s stats in the Championship last season were off-the-scale, a record-breaking 43 goals firing the Cottagers back into the top-flight. That equated to a goal every 89 minutes all season long.

The powerful Serb was unstoppable, a one-man force of nature. He was beloved by the online betting community because he offered assurances in a thoroughly unpredictable league.

The first striker to score 43 goals in a second-tier season since Brian Clough for Middlesbrough in 1958-59, Mitrovic has thrived under Marco Silva. #TAUKAwards | @FulhamFC pic.twitter.com/KlMQr1ZaoU

In between however, were campaigns in the Premier League that had him toil for very little reward. Last time out, as Fulham finished 11 points adrift of safety, the forward eked out just three in 27 outings.

Fulham’s consistent yo-yoing in recent years suggests they are too good for the Championship but fall short of Premier League standards. The same is true of their burly front-man.

After gaining promotion via the Play-Offs, how will Nottingham Forest fare in the best league in Europe?

For inspiration they only need look at the previous year’s Wembley winners, Brentford, who outstripped their fellow promoted sides – Norwich and Watford – both of whom went up automatically but are now Championship-bound again.

That is not to suggest that Bournemouth and Fulham on this occasion are doomed to drop but Forest have the wherewithal to match the Bees’ 13th place finish quite comfortably.

This admittedly depends on a well-strategized transfer window, with particular emphasis put on tying down their loanees, Zinckernagel, Garner, Spence and Davis.

Add a couple of experienced figures to the group on top of that quartet and the Tricky Trees could, and should, surprise in 2022/23.