Scroll down for our list of the best finals in Australian Open history - which one is worthy of the 'greatest' spot? 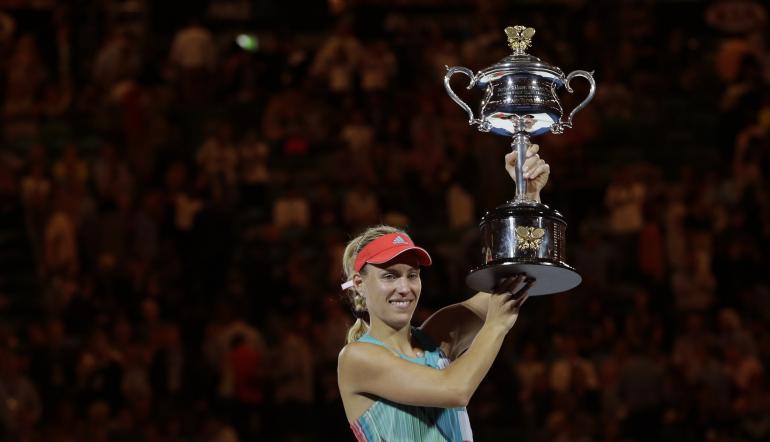 The best finals in Australian Open history include matches that stretch beyond an afternoon of tennis. Several are crucial episodes in rivalries that lasted for years. Others are a fightback, and some are a break through on the Grand Slam stage.

Grand Slam finals produce a special drama, a physical and mental challenge, a contest with your own nerves and against a truly great opponent. Tennis betting odds at Grand Slam events can chop and change so quickly.

A loss can be heart-breaking, it can take months to recover from. A win in an historic final can be the start of a career year. Here are the five greatest finals in Australian Open history…

The match lasted almost six hours and finished after 1:30am Melbourne time. It was almost an hour longer than the epic 2019 Wimbledon men’s final between Djokovic and Roger Federer.

Djokovic and Nadal had met in the previous two Grand Slam finals. Neither came close to the effort and emotion spent in Melbourne in 2012.

They were exhausted, with Nadal falling to his knees after the fourth set tiebreaker. Remarkably, the Spaniard picked himself up to take a 4-2 lead in the fifth.

Djokovic, as he so often does, wrestled the match back in his favour, taking a 6-5 lead before holding serve to win his third Australian Open title.

The 2001 Australian Open marked the comeback of Jennifer Capriati. From a pure entertainment perspective, however, the 2002 final (against the same opponent) was far more memorable.

Capriati clawed back from the brink of defeat - she faced four set points in the second set, but recovered to win the tie break. The third set was a comfortable 6-2 win.

In searing Australian heat, and fired up by a frustration with the officials, Capriati kept coming back at Hingis. Even when 5-1 down in the first, Capriati gave Hingis a scare by getting it to 5-4.

It was a match of missed opportunities for Hingis, who suffered three consecutive Australian Open final defeats after three-peating to end the millennium. Always a favourite in the Australian Open odds, Hingis’ legacy could have been so much greater.

On the back of two Grand Slams in 2017, including a fifth Australian Open, Roger Federer was at his brilliant best in Melbourne in 2018.

The masterful Swiss didn’t drop a set on his way to the final and played a shortened match against Chung Hyeon in the last four.

Marin Cilic was playing some of the best tennis of his life, having knocked out Rafael Nadal, Kyle Edmund and Pablo Carreno Busta. When Cilic lost the first set of the final 6-2, however, there were fears it would be a walkover for Federer.

A battling tie-break win for Cilic in the second put an end to those concerns. Federer took the third 6-3 before Cilic won the fourth by the same scoreline.

Deep into his 30s, there were doubts about Federer keeping his level high over five sets. Those were quickly forgotten about as Federer made light work of the decider, winning it 6-1 to secure his 20th Grand Slam.

John Newcombe and Jimmy Connors were hardly best of friends. Their 1975 meeting in the Australian Open final was the second of four with the two greats taking two victories apiece. Connors went on to win the final tour clashes in Sydney three years later and Hong Kong in 1979.

Connors had become the best player in 1974, winning the Australian Open, US Open and Wimbledon. Conquering the world, Connors lost just four of his 103 matches in the previous year and had displaced Newcombe at the top of the three.

Newcombe had an arduous schedule leading up to the final, with lengthy deciding sets and matches on consecutive days. Connors, in stark contrast, cruised through the tournament.

Fatigue was meant to be an issue for Newcombe, and the match looked to be slipping away when Connors won the second set.

Some controversial calls in the third turned it on its head, however, and Newcombe went on to win his seventh, and final, Grand Slam.

Angelique Kerber was the tennis betting underdog ahead of her meeting with Serena Williams in the 2016 Australian Open final.

Williams had dominated their previous six meetings, winning five of them, and hadn’t dropped a set en route to the final. Kerber had a similarly easy path, however, having not lost a set since her opening round win over Misaki Doi.

Prior to the tournament, Kerber hadn’t impressed in Grand Slam play. The German had never made it past the fourth round in Melbourne and had only appeared in the quarter-finals once in her last 13 Slams.

The 2016 season was different, though, and the final against Serena was a springboard for a brilliant year.

Breaks of serve was exchanged in the first set, with Kerber eventually getting the edge. Williams took control of the second set, before a dramatic third.

Kerber led 5-2, but the great champion Serena fought back. A sensational rally was played at Championship point – Kerber was handed her first Grand Slam title when Williams hit the ball long.