Top 10 Tennis Players Of All-Time: Who Is The Greatest?

Who do YOU think is the best tennis player of all-time? Our tennis expert looks at the primary contenders... 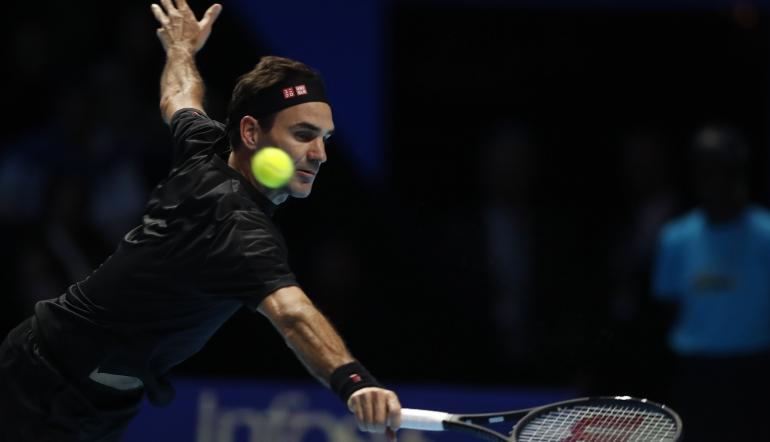 This article looks at the greatest ever tennis players. Greatness is subjective in some ways, when it comes to comparing era.

Other means of evaluating a player are more objective – such as number of Grand Slams – though these can still face the same criticism as arguably not every Grand Slam title is equal.

Comparing the achievements of a player from the 1970s with someone in the 2010s is almost impossible, but there’s an inner circle of tennis greats who go beyond debate: the players universally recognised as an all-time icon.

We’ve produced articles explaining the tennis betting industry and looking at various facets of tennis betting. The top 10 greatest tennis players ever are the focus of this piece…

Potentially the greatest sportsperson of all-time, Roger Federer was always going to be the first name on this list. The Swiss maestro – as it stands – is the most successful men’s player in Grand Slam history and could yet add to his total of 20 titles.

Federer is universally admired, and widely adored. His game as elegant as any in the history of the sport, from the one-handed backhand to the pinpoint serve.

He made men’s tennis his own through much of the 2000s and has aged more gracefully than anyone could have expected.

The 18 singles Grand Slam titles undersells Martina Navratilova. Remarkably, it is when you look at Navratilova’s record across singles and doubles it becomes even more impressive.

She is the only player to have been number one in singles and doubles for over 200 weeks. Navratilova’s tally of 59 Grand Slam titles is preposterous.

Best remembered for supremacy at Wimbledon – and reaching nine consecutive trips to the final – Navratilova actually thrived on all surfaces, winning twice in Paris, thrice in Melbourne and four times in New York.

Although not the most entertaining player to watch, there’s no arguing with Pete Sampras’ record. The American has 14 Grand Slam titles to his name with seven of those coming at Wimbledon.

He held number one in the rankings for 286 weeks, which was – of course – a record until it was broken by Roger Federer.

His rivalry with Andre Agassi was iconic, a representation of men’s tennis in the 1990s. Sampras’ serve and volley left opponents without an answer, and his serve is among the greatest ever.

The King of Clay has 12 French Open titles, but his level on the grass and hard courts is sometimes overlooked when comparing his legacy with Roger Federer or Novak Djokovic.

No player has ever controlled a Grand Slam like Nadal has Roland Garros, though that shouldn’t overshadow his performances elsewhere.

Not just a supreme athlete, Nadal’s footwork and ferocious top-spin shots are as good as the sport has seen. He’s a brutal competitor and has rounded his game out well after early-career struggles with his serve.

The most Grand Slam titles in the Open Era. The most successful player in US Open history. Still competing at the very top at 38 years old.

Serena Williams’ CV, like everyone’s on this list, is glittering. Williams has spanned multiple eras of women’s tennis, remaining the woman to avoid in ever Grand Slam draw. Her 349 Grand Slam matches won is, unsurprisingly, an all-time record.

Serena will still add to her career numbers, and could have a couple more Grand Slams added to her total before she hangs the racquet up. Margaret Court’s 24 Grand Slams could be reached before spring 2020.

The fourth active player on this list, Novak Djokovic has produced some of the most unstoppable tennis seasons in history.

Peak Djokovic is like facing a wall, finding a way to return balls that shouldn’t be within reach. His agility and flexibility are what makes him the player he is, and a nightmare opponent.

In 2016, Djokovic became the first man since 1969 to hold all four Grand Slams at once and joined his long-time rivals Rafael Nadal and Roger Federer in completing a Career Grand Slam.

Margaret Court not only has won more Grand Slams than any other tennis player – the Australian also owns the highest winning percentage in the sport’s history at over 91%.

At the Australian Open, Court lost just thrice in 64 matches, a barely believable record. Without breaking into a list of accomplishments, it is hard to put into words what Court achieved.

Perhaps the greatest indicator of her greatness was that she won the Multiple Grand Slam set as an amateur, retired, and then won it all again as a professional.

There’s a good argument that Graf is the most rounded women’s player in the history of the sport. Graf’s role in the popularisation of tennis in Germany cannot be overstated.

She achieved things in the sport that may never be done again – in the late 1980s, she reached 13 consecutive major singles finals, winning nine of them.

The masterful left-hander started his career before the beginning of the Open Era. Once the Open Era began, however, Rod Laver was dominant.

He was ranked number one in the world for seven consecutive years during the 1960s and accumulated an extraordinary 200 singles titles (the most in tennis history).

Sixth on the all-time list with an incredible 18 Grand Slams, Chris Evert won 157 singles titles in her long career and finished the year ranked as number one in the world in seven different years.

She dominated women’s tennis in the second-half of the 1970s. Evert boasts a lengthy collection of Grand Slam records, including reaching the semi-finals or better at 34 consecutive Slams.

She is the lone record holder of the most French Open titles by a woman and shares the honour at the US Open with Serena Williams.

888Sport has tennis odds that are never out