Is Roger Federer The Greatest Sportsperson Of All-Time?

Tennis superstar Roger Federer ranks highly on most 'greatest sportsperson' lists but is he THE greatest? 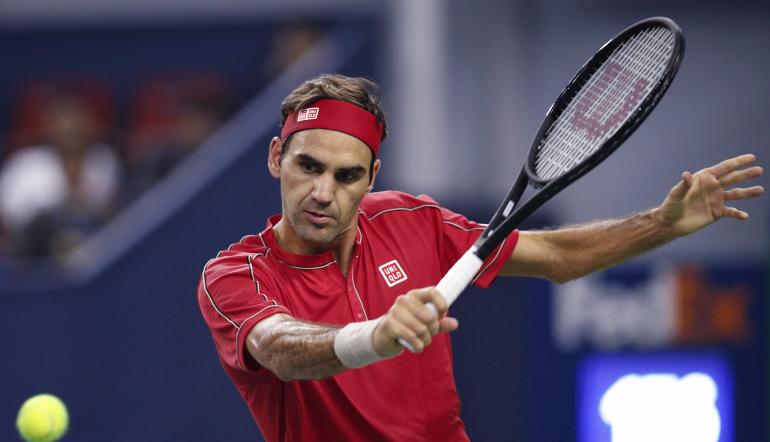 Roger Federer is the second favourite in the latest ATP Tour odds – he’s 38 years old. Federer first won the ATP Tour Finals, then known as the Tennis Masters Cup, in 2003, when he defeated Andre Agassi in straight sets.

The season-ending competition is just one example of Federer’s sustained greatness. He remains a sports betting favourite at every tournament he enters.

Longevity is a key component of any ‘greatest’ debate. Federer ticks that box as emphatically as anyone in sport.

Tennis players’ careers are not meant to span three decades like Federer’s is about to, let alone doing so while remaining a frontrunner to win Grand Slams.

To properly evaluate Federer’s place among the greats, we must first take a look at others in that echelon.

Not many would dispute Federer’s name in this group. His place as the greatest of all-time in the world of tennis is questioned in some quarters, however, which might suggest Rafael Nadal and Novak Djokovic deserve to join this collection of superhuman sportspeople.

That’s fair enough, of course, but neither have the longevity of Federer. It is the length of Federer’s career that is so astonishing, even when compared to some of the aforementioned names.

Jordan’s career spanned as long a period, but that included two retirements from professional basketball. Messi has a way to go before reaching the same tenure of supremacy and Woods was effectively out of the sport through injury for a long period.

The ability to comeback is a skill itself, but it’s testament to Federer’s greatness that he has only missed one Grand Slam through injury since the turn of the century.

The main criticism of the Big Three’s dominance of men’s tennis has been a favourable era. Federer, in particular, suffers from this because of his successes through the middle of the noughties.

There’s a case to be made that, prior to Nadal and Djokovic, Federer was taking advantage of a weaker period at the top of the sport, and it allowed him to collect Grand Slams at an exaggerated rate.

With no Nadal, Djokovic or even Andy Murray in Federer’s early years, he won his first seven Grand Slam finals. From 2004 through to 2007, Federer won 11 of 16 Grand Slams on offer. A period of dominance almost unheard of.

It was the latter part of that run when the duels with Nadal began and soon after, Djokovic and Murray appeared on the scene. Federer obviously didn’t keep up his obscene record, and whether that harms his legacy – or is a case of natural decline – is subjective.

All of the greats have critics, there will be people who downplay the achievements of everyone mentioned earlier in this piece.

Federer is no different – how much credibility you give to that line of criticism will obviously a major impact on your view on him as the greatest ever sportsperson.

Federer’s place in the big three hierarchy is heavily reliant on his sheer number of trophies as much as it is longevity. Those two things go hand in hand to an extent.

Maintaining his status as the holder of the most Grand Slams seems increasingly improbable with Nadal and Djokovic retaining such a high standard despite injuries and heading into their thirties.

The Swiss not only owns an impressive collection of trophies, shields and medals, he’s got an encyclopaedia-worth of records to his name.

From being the only player to have won two or more Grand Slam titles in four consecutive years to having appeared in eight or more semi-finals at every Grand Slam, Federer owns records that are unreachable even for many greats, such is the frequency of injuries in tennis.

His 40th birthday is no longer on the horizon, it’s in the near-future, yet Federer betting tips are just as important as ever.

Comparing across sports and era has challenges, but it’s hard to argue against Federer being among the greatest sportspeople ever.

His impact on men’s tennis since defeating Mark Philippoussis in the 2003 Wimbledon final cannot be overstated, and there’s something to be said for how widely liked Federer is.

Ranking Federer, who might yet add to his tally of 20 Grand Slams, should probably wait until after his career. His position in the top 20 or so is certain, however.

The next five years for Federer, Nadal and Djokovic could see their respective positions among the greatest ever sportspeople adjust significantly.

The prospect of Federer competing for Grand Slams into his forties is enough to elevate him seriously into the conversation as greatest ever.

888Sport is the place to discover smashing tennis odds