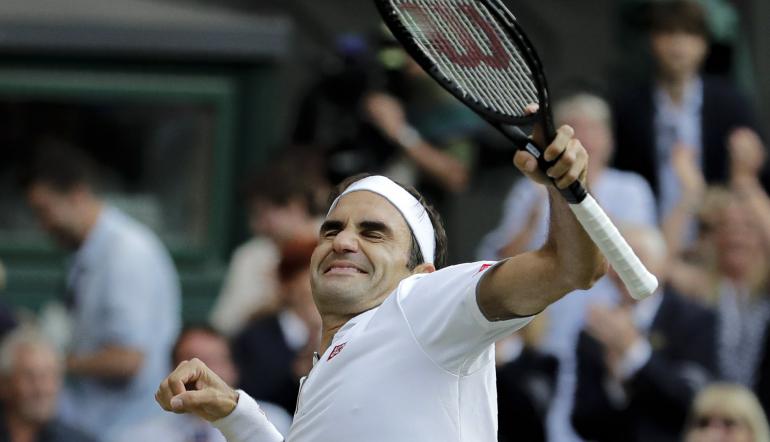 Since bursting onto the scene with that first Wimbledon win in 2003, Roger Federer has been a fixture atop any tennis odds.

Federer, even into his late-thirties, remains a level (maybe several) ahead of the field. Many opponents are intimidated by his presence on the other side of the net and being selective with his tournaments has allowed him to stay fit and fresh.

Like his long-time rivals, Rafael Nadal and Novak Djokovic, value can be hard to find when Federer takes the court. Bettors often have to get inventive and do their research to give themselves an advantage.

There aren’t many secrets about the great Swiss, but there are still ways to get a step ahead of the game when you’re considering backing him. Along with tennis betting promotions, here are five things to keep on your mind…

Much closer to 40 than 30, Roger Federer’s body can’t take the same battering as most other players on the tour. The fact he’s still performing at such a level, after an epic career, is applaudable, but it does leave him with a supposed weakness.

Federer has had to be careful with the number of matches he’s played over the last few seasons, giving himself time off with the family and avoiding the gruelling nature of the ATP schedule.

His time has been planned, his rest organised, and it’s benefitted his career overall. If he’s facing a youngster like Stefanos Tsitsipas or Alexander Zverev, though, a lack of rest can still be noticeable for the Swiss icon.

If signs of fatigue creep into his game, it can be a red flag ahead of the next round, game or set. While he showed he can still play long at Wimbledon in 2019, it’s still worth keeping an eye out for.

Certain events, opponents and conditions will prove to be favourable for different players – it’s a standard part of tennis betting strategy - and Federer is no different.

Halle, for instance, has been dominated by Federer. He’s claimed 10 titles at the Halle Open, and usually done so without much pressure. Other, similar competitions haven’t been quite as successful, which is something to consider when backing Federer.

Despite a fear of playing left-handers when he was younger, Federer has a brilliant record against lefties that aren’t named Rafael Nadal. Whether that’s something to read into or not is up for debate, but trends similar to this are always good to look out for.

For a player with a CV as glittering as Federer’s, form is a tricky one. It could suggest a niggling injury, but it could easily have been an off day. With large gaps between matches, a defeat last time out shouldn’t put you off backing Federer.

It’s no secret that Federer isn’t the same player on clay. Until 2019’s French Open, Federer had skipped the clay court season for three straight years.

Perceived upsets are much more likely on the clay, though Federer did make it to the semi-final at Roland Garros in 2019. Surface is relevant when you’re backing pretty much any player, but it’s particularly key for Federer.

Focussing on the clay: the odds will likely reflect Federer’s record on the surface. Sometimes these will slide too far, though, and can make him good value. It’s not like he’s incapable of victory on clay courts, he’s still going to be a force against most the field.

A toned-down schedule also means less time to prepare ahead of Grand Slams. It’s worth seeing how many matches on hard, clay or grass Federer has been able to play in the lead up to a tournament.

The Federer serve is a piece of sporting art. Deceptively powerful and with inch-perfect control, Federer’s game has been built around an exceptional control of his serve.

Underrated at times in his career, the ability to control points on his serve made the following shots seem so much easier. In recent seasons, well-guided serves have allowed him to develop a better serve-and-volley game.

The serve has allowed Federer to age gracefully. When hitting a high percentage of first serves, Federer can still go toe-to-toe with Djokovic and Nadal.

Bettors should keep their eyes peeled for any shaky periods of shaky serving – Federer quickly becomes a lot more beatable.

Federer’s backhand was the focus of much of his criticism early in his career.

Arguably the most rounded player the game has ever seen, it’s no more than a chink in his armour, and it has improved notably, but the Swiss master can revert to floaty backhand shots when he’s pressured by powerful groundstrokes.

The most famous example of this was the 2009 US Open. Juan Martin del Potro stunned Federer in the final with his deep baseline shots, forcing Federer onto the backfoot.

Players of that ilk can be hit and miss, but when they’re on their game, it can trouble Federer when he’s forced to defend as Jo Wilfried-Tsonga showed in a five-set thriller at Wimbledon in 2011.

Bet on every tennis market you could want with 888sport.com