888sport chat to former Manchester United goalkeeper Tomasz Kuszczak about Cristiano Ronaldo's return to Old Trafford - but what does the Poland goalkeeper make of it? 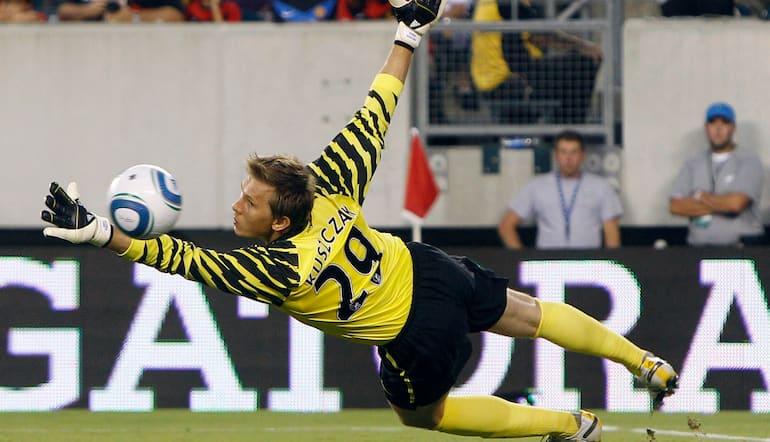 “Massive. I mean for me, straight away when I heard the news that there could be a possibility that Cristiano could join Man United again, this was a massive statement because this is what Man United has needed for a long time.

"He is someone who can lift the club from the average time it’s had since Sir Alex Ferguson left because being honest, the last couple of years, Man United have been disappointing.

The fans haven’t been happy and with players coming and going, different coaches, they couldn't find a rhythm.

But Since Ole Gunnar Solskjaer has taken over as manager the team has been progressing and now they’ve signed Cristiano Ronaldo, who is the best player in the world, in my eyes – obviously I had a chance to play with him.

"Cristiano is the player who going to change everything. And even after the first game against Newcastle, he’s had a massive impact. We could already see the difference in the fans, the team, the way they play. It’s massive.”

How much is Cristiano Ronaldo worth? Our writer looks at CR7's estimated wealth...

Despite numerous links to the blue side of Manchester, the 39-year-old knew that there was only one team in Manchester that the Portuguese man would be joining.

“For me as a Manchester United fan and former player, it wasn't even a question that Cristiano would go to Manchester City. I know Cristiano from my time at Man United and he loved the club. He always would say how much he loved it.

"It was a great time in his career for him. City is a fantastic club, they’re going through a great spell, they’ve got great players and no doubt that you know they would love to have had Cristiano, but he was also going back to United.”

Kuszczak, who only retired two years ago back in 2019 after finishing his career at Birmingham City, knew that Cristiano was destined for glory from the minute he stepped foot into the club

“Cristiano is someone I learned a lot from, despite him being the younger player that he was. To have somebody like that around, somebody who really believed that they were going to be the best player in the world was amazing.

"His mentality as a young guy was phenomenal. I would spend hours doing extra training with Ronaldo, he would say ‘Let's stay for 10 more minutes” then it’d be 20 minutes, few more shots.

"Ronaldo was the one player who always wanted to carry on – nothing was ever enough.

"He dedicated his life to football, I know many players do this and it’s not just Cristiano, but Cristiano was one of those players that you could feel that he was going to something big from very beginning. And he did.

"He won so many trophies, he scored so many goals. He was awarded the best player in the world multiple times.

"But I will always remember him as a great guy, a really hard-working guy with the plan, someone who believed so much on his abilities. Confidence is the most important thing in football, and he had it.”

Tomasz also insisted that Cristiano was as a good a man off the pitch as he was on it.

“He was fantastic. What can I say? We spent four years together, every day, and sometimes I would ask him for favours, and he would always be the first to help.

"For someone who has achieved such great things in his life, someone who is so influential, he always wanted to help. He was a very down to earth, normal person and I loved that about him because I feel like I’m the same. He is a top guy with so much respect.”

Moving on to the current Manchester United team, the former Poland international is confident that this crop of players can challenge for top spot – claiming Ronaldo will have a huge part to play in this.

“Yes, with Ronaldo and coming off the back of last season where the team progressed from the previous season, I think they’re a very strong team.

"They had a good Premier League campaign, were unlucky to lose in the Europa League final, these things happen, their record got better and better as the season went on and with Cristiano joining the club, I think they’re only going to get better.

"I read today that Paul Pogba is now contemplating re-signing with the club and I think he should. I think he should because this feels like the right team to get Man United as a club back on track. This team is going in the right direction.

"Cristiano is a great addition to some already fantastic players such as Bruno Fernandes, Mason Greenwood, Jesse Lingard and so on. It feels like everyone is just doing a little bit more this season, especially since Cristiano’s arrival.

"Ronaldo has the type of personality that will make everyone step up their game that little bit more. Cristiano came back to the club to win trophies, not to just play – he will want to win trophies.”

Popular in Premier League predictions this season, Manchester United could challenge for silverware with Ronaldo leading the line...

Having made 32 appearances for Manchester United as goalkeeper, Tomasz provided insight on what it’s like for a manager to decide between two goalkeepers who, in the own right, are good enough for a number 1 spot.

“Both goalkeepers have done extremely well when given their chance. It’s great to have to two keepers like that – it’s like when I was at Man Utd playing under Sir Alex, he would always give me a chance and play me, even when Edwin Van Der Sar was playing well.

"Being the second-choice goalkeeper is always difficult because there is no guarantee that you will play during the season because nobody likes to change goalkeepers too regularly and many coaches think that the goalkeeper offers stability to the team and if one goalkeeper doing well, they’re in the team every week.

"Ole can trust them both and he’s got two fantastic keepers. It's difficult to say who I think should be the starting goalkeeper. David has started the campaign and playing very well making good saves at important moments.

"I'm sure that Dean is going to push him all the way and maybe we're going to see a similar situation to last year where they will both play.”

During Tomasz’s spell at the club, he played in teams alongside some of the best defenders the Premier League has seen, but where does the current line-up of Luke Shaw, Raphael Varane, Harry Maguire and Aaron Wan-Bissaka compare?

“I played with defence where I didn’t need to do much to be honest – Nemanja Vidic, Rio Ferdinand, Patrice Evra, Gary Neville where the main ones at the time but even then, players like Valencia, Rafael.

"Comparing that defence to the defence now is tough and will take time. When they start breaking records of clean sheets like the old Man Utd defence did then we can talk and compare.

"I must admit, there were times where I wouldn’t play for three weeks and then Sir Alex would come and say “okay, you’re playing the Champions League game this week.” So, I’d say “yes, fantastic. Thank you” and I’d be really happy to being playing a team like Rangers at home. 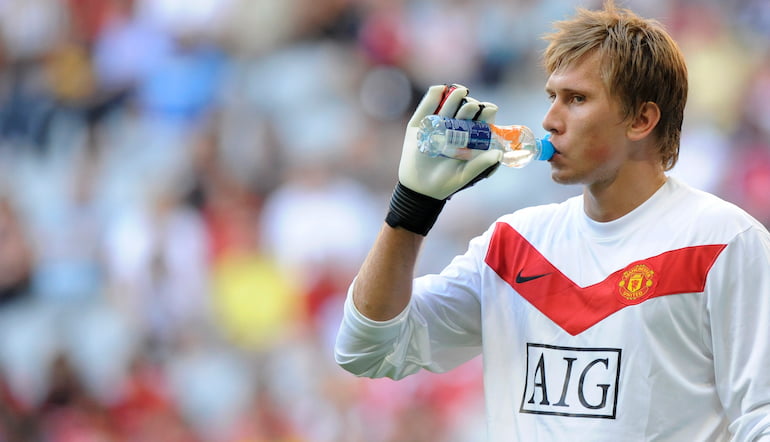 "In my head I would be thinking “Let's make some good save, let’s impress the manager, impress the fans at Old Trafford.” But then all I had to do in 90 minutes was take three goal-kicks and I was like surprisingly disappointed.

"I’d say to myself “how can I impress if all I get to do is take goal-kicks?” But that was my defenders – there were many games like that.

"Some games were obviously more difficult, but I remember how good that defence was on games like that where I didn't even have to dive once or twice, maybe once. I think this defence will, in time, show how strong they are though.”

With the upcoming transfer windows set to be as exciting as the summer just gone, Tomasz provided his thoughts on players, if any, Man Utd should have their sights on

“I had been thinking about this for a while but now that Ronaldo has arrived – I’m not sure? I think the first six months are really going to show how much this team will improve and how much he can help this team moving forward.

"I think Man United have got some fantastic players in their squad. There are players like Rashford who I think are unbelievable, but can he play better? Can he take his game to the next level, or should we be looking for somebody else?

"We forget that Man Utd still have great squad players like Juan Mata, Jesse Lingard. In my eyes, they don't need anything. When I was at United, we didn't really sign loads of players, maybe one or two players a season.

"Sir Alex Ferguson was very careful with this, he trusted his players, he reminded his players that he knew we were good, and we could play. I hope we're going to start having the same problem.”

Football Interview
About the Author
By
888sport