Diary Of A Groundhopper: Tony Incenzo On Stanway Pegasus vs Sporting Bengal United

In his latest Diary of a Groundhopper article, Tony Incenzo pens his thoughts and experience after watching Stanway Pegasus vs Sporting Bengal United 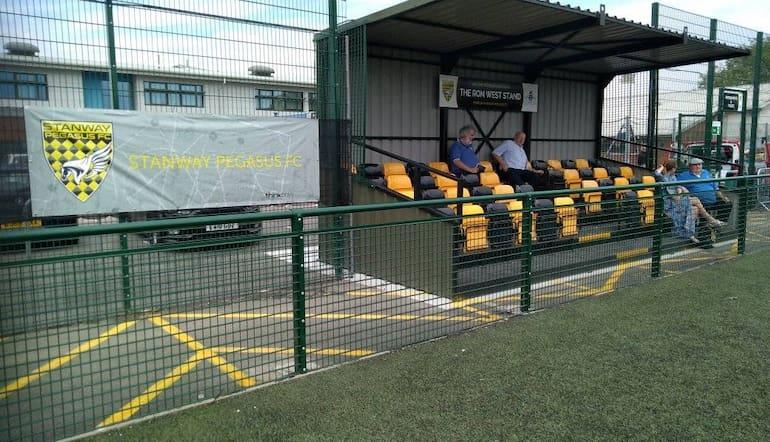 Promotion to Step 6 of the National League System always fascinates me. It is the level of our Non-League structure where teams move up into what would have previously been called “senior football” back in the old days.

It is suddenly no longer just a participation sport for players and consideration also has to be given to accommodating spectators. Most clubs operating below the six steps of the NLS play on park pitches and local recreation grounds.

However, the grading requirements for Step 6 mean that they must have fully enclosed grounds, floodlights, seated stands, covered standing, railed off pitches, hard standing paths around the perimeter, toilets and a clubhouse.

Indeed, the Football Association’s documentation specifies the need for “an overall appearance and impression of being a football ground suitable for the National League System.” 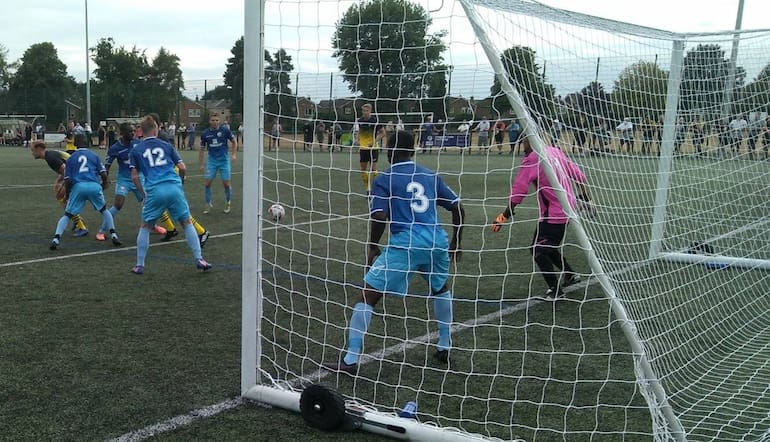 This can all mean a huge financial outlay for ambitious clubs that want to progress through the ranks of the Non-League Pyramid but extensive funding is available.

So with Saturday 30th July heralding the start of competitive football for many leagues around the country, I wanted to visit a team making that leap up to Step 6 to see for myself how they had been making the necessary improvements to their facilities.

I chose my destination of Stanway Pegasus FC as they play in a school and would no doubt have faced major challenges in reaching those strict grading rules to join the Eastern Counties League First Division South.

Pegasus are a young club having been founded in 2018. They won the Essex & Suffolk Border League Premier Division last season with 32 wins and two draws from their 34 match unbeaten campaign and established a massive gap of 24 points over second spot.

Stanway is a village with a population of 8,500 on the fringes of Colchester. The area has another team called Stanway Rovers FC playing at Step 5 in the Essex Senior League.

I was very impressed with the work that Pegasus have carried out to meet Step 6 obligations. It is a floodlit 3G artificial playing surface with a high fence.

Part of that fencing has been removed and pushed back to allow a 50-seater grandstand to be installed behind one goal.

This has been sponsored by local businessman Jack West who has named it after his grandfather – ‘The Ron West Stand’. Spectator toilets have been also provided and a smart clubhouse will be opened shortly for refreshments.

In the meantime, a portable snack bar was doing a roaring trade on the day. I liked the fact that plenty of attractive club signs are on display around the place to give a nice sense of identity.

In addition, an army of volunteers wearing club apparel were on hand to make everyone feel welcome.

On sale at the entrance hut priced at £2 and containing all the necessary matchday information.

The visitors Sporting Bengal United from the east end of London were freshly relegated from Step 5 so these two teams existed two divisions apart last season.

But it was Stanway Pegasus in the ascendancy with a stunning display of attacking intent to run out 7-0 winners. Their marksmen were Keating 2, Payne, Dillon, Marangou, Booth and Ager. 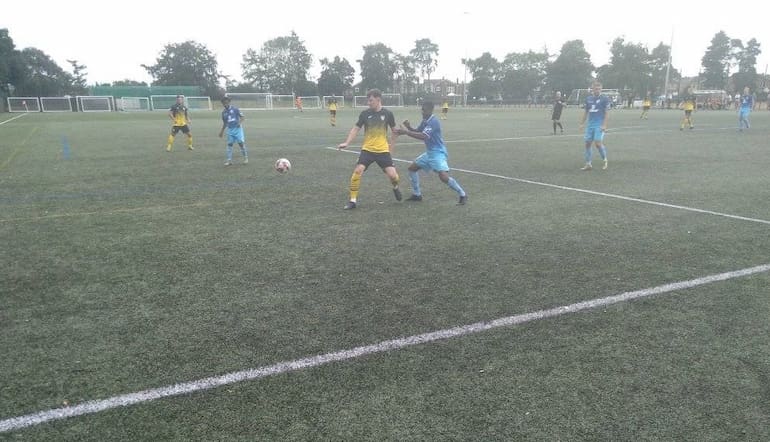 After the opening two goals arrived inside the first 12 minutes, the Sporting Bengal players all grouped together outside their penalty area for a brief but hectic team meeting before the game could kick-off again.

I had never seen anything like that before during a football match! It really was not a good afternoon for the visitors who had two players sent-off. In fact, they were down to eight men at one point due to a team member being sinbinned.