Tyson Fury Net Worth - How Much Has The Gypsy King Earned From Boxing?

How much is Tyson Fury worth? Latest estimated figures value the Gypsy King as one of the richest and wealthiest men in boxing... 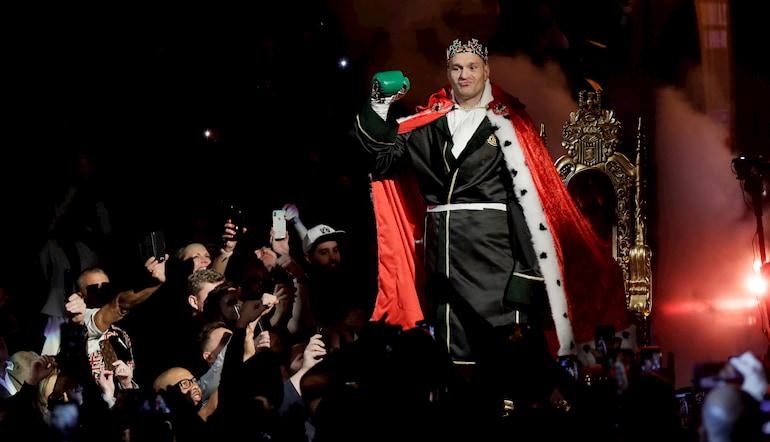 Tyson Fury is one of the best heavyweights on the planet. An iconic figure in boxing betting odds, Fury has enjoyed taking on the underdog role throughout his career.

His victory over Wladimir Klitschko in 2015 will live long in the memory, with British boxing fans remembering his celebrations and antics in the ring after the fight.

How Much Is Tyson Fury Worth?

There is plenty of money in boxing if you’re good enough and Fury is certainly good enough. He has made a career out of his unorthodox, awkward style of fighting.

Without further ado, it is time to look at our Tyson Fury net worth career profile, starting with his now famous double header with American heavyweight Deontay Wilder.

Tyson Fury’s feud with Deontay Wilder began 2018, with a series of press events in the build up to December’s bout.

Fury dominated most of the fight but the bout went the distance and a controversial draw was the final result – much to the disappointment of boxing fans in attendance.

The British fighter used that disappointment as fuel for the rematch and Fury produced one of the great heavyweight performances to outclass Wilder in February 2020.

Fury defied the boxing betting odds to claim a knockout win over the big-hitting American to claim the WBC heavyweight title for the first time in his illustrious career.

Reports claimed that plans for a third fight were underway but it looks like Fury will set his sights on unifying the heavyweight division instead.

Tyson is married to Paris Fury. The couple met when Paris was just 15 years old but didn’t start dating until a year later.

In October 2008, Tyson and Paris got married in Doncaster and the couple celebrated their 12th wedding anniversary earlier this year.

During an episode of Tyson Fury: The Gypsy King, Tyson revealed: “I owe her my life and say anything should happen, I’d just give everything to Paris.

“Without Paris and these kids in my life, then my life ain’t worth having anyway.”

Tyson and Paris have five children together. The couple have two daughters, Venezuela, 10, and Valencia Amber who is two years old.

Tyson Fury has 1.6 million followers on Twitter and he is one of the most active sportsmen on the social media platform.

Fury can be seen calling out opponents on social media; famously targeting the likes of Dillian Whyte, Wladimir Klitschko and Anthony Joshua.

Could we see Fury vs Joshua in 2021 in what would be the biggest fight in British boxing history?

A number of documentaries have focused on Tyson Fury’s life in the boxing ring but the most famous is Tyson Fury: The Gypsy King, which aired on ITV.

One of the best sports documentaries of the year, it gave exclusive insight into Tyson Fury’s battle with mental health issues and how boxing has helped him to fight his demons.

The Tyson Fury documentary is worth a watch – it received great reviews from the sporting world and offers boxing fans a unique view into the heavyweight giant’s life.

Tyson Fury has released two books; Behind The Mask in 2019 and The Furious Method in 2020.

A fantastic read, Behind The Mask was one of the top sports documentaries of the year and The Furious Method has also received excellent reviews.

In fact, Fury’s latest book made its way onto the coveted Sunday Times bestseller list and that is testament to Tyson’s hard work and dedication.

Tyson Fury has built a thriving brand around his nickname, ‘The Gypsy King’. Fury is known around the world by this name and boxing fans are often seen wearing his merchandise.

Fury often refers to himself as The Gypsy King – he is understandably proud of his heritage and the boxer has hinted at a similar upbringing for his own children.

Tyson has a few other nicknames, including The Furious One and 2 Fast, 2 Furious. However, most boxing fans know Fury by his Gypsy King title.

How Old Is Tyson Fury?

Tyson Fury is 32 years old. He was born on 12th August 1988 in Wythenshawe, Manchester.

How Tall Is Tyson Fury?

Tyson Fury is 6 foot 9 inches tall. Standing at 206cm, he is one of the tallest fighters in the heavyweight boxing division.

Where Does Tyson Fury Live?

Tyson Fury moved away from Manchester and now lives in Morecambe. According to the latest Tyson Fury net worth figures, Fury’s home is worth an estimated £550,000.

Tyson Fury’s total net worth is around £30 million. In addition, he is set to earn £80 million in endorsements from a sponsorship deal with ESPN.