How Does Virgil van Dijk Compare To The Greatest Premier League Centre Backs?

Some fans claim that Virgil van Dijk is the best defender in Premier League history. We compare him to some of England's greatest centre backs 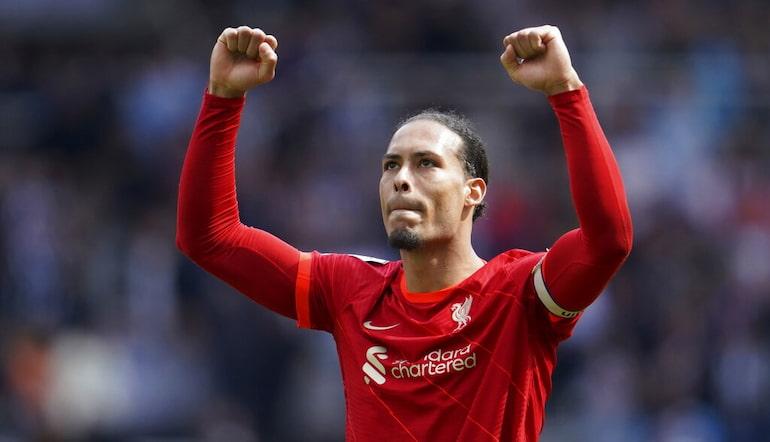 Just four defenders have been victorious in Premier League Player of the Year odds. Virgil van Dijk is one of them.

The Liverpool defender also notched a second-place finish in Ballon d’Or voting, making him the highest-placed defender since Fabio Cannavaro won the award back in 2006.

Jurgen Klopp’s Liverpool have achieved unprecedented things, and van Dijk has followed that trajectory on a personal level, too. With Liverpool among the sports betting contenders for domestic and European glory in recent years, van Dijk’s stock has soared.

The transfer fee when he arrived from Southampton was met with widespread derision.

Since then, van Dijk has become the best central defender on the planet, and pushed his way into consideration as one of the greatest Premier League centre backs ever.

We’re pitting van Dijk against that sextet – here’s how he compares.

Van Dijk requires different strengths to most of the others due to Liverpool’s possession dominance and high line. While his pace and ability to defend when running towards his own goal is invaluable, those situations are crisis management.

The main reason Liverpool defenders are a must in FPL team selection is van Dijk’s positioning.

Even when outnumbered, he always places himself in the perfect spot to either slow down the attack or force his opponent into a decision. Of course, the physical attributes enhance the impact of that positioning.

The tactical evolution of the Premier League means we didn’t see Ferdinand or Campbell in systems quite like this. Both had the mobility to play in a defence like Klopp’s, which couldn’t be said for Adams, Terry, or to a lesser extent, Vidic.

Vincent Kompany in his pomp might be the closest to van Dijk in peak performance and style of play.

The Belgian’s injury woes derailed a career which looked set to take him to the top of the pile for Premier League era centre-backs, however.

Other than an unfortunate cruciate ligament injury, van Dijk has been remarkably durable at Liverpool. The coming seasons will reveal how his body holds up with 40+ matches per season into his thirties.

More is asked of defenders in possession than ever before. Ferdinand was a ballplayer for his time, and his game would have slotted into Liverpool or Manchester City in the 2020s.

Terry’s passing ability was underrated. Adams was more limited, as was Vidic.

Van Dijk is the best of the lot, however, combining vision and technique to pick out opponents from the back with the confidence and skill to drive forward with the ball and commit opponents.

Where some from previous decades would look all at sea in the modern game, van Dijk would be able to adapt to a deeper defence. He’s even got the added bonus of being a threat from set pieces.

Liverpool aren’t the richest club in the world - they took a real gamble on van Dijk. It has proved to be a bargain, and one of the best signings of the last decade given how the team has evolved since his arrival.

Perhaps the biggest compliment one can pay van Dijk is how hard it is to identify a weakness. Where mobility, ball-playing or error proneness can be picked for fellow Premier League era greats, van Dijk has a complete game.

Van Dijk generally does a good job of defending in space, and his reputation alone often deters ball carriers from taking him on.

Stats have been flung around about van Dijk not being dribbled past, but this could be his lone weakness at his peak.

Given his sheer size, quick-footed attackers can occasionally cause him some problems when they’ve got space in behind to attack. 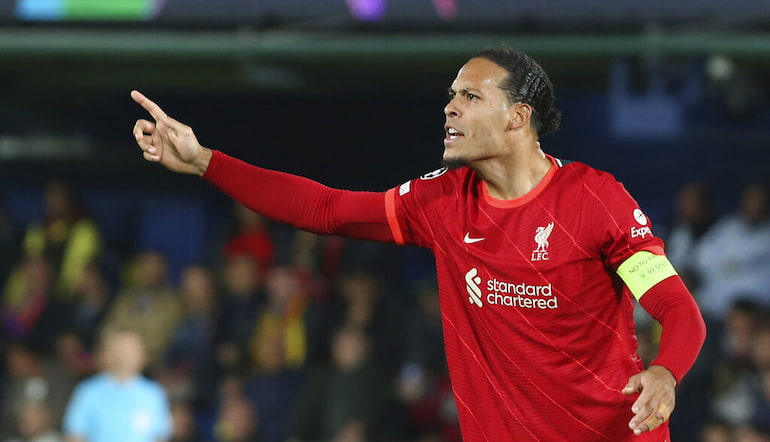 Compared to others, though, this is hardly an issue. Terry was all at sea when asked to defend as high as van Dijk does. Adams would have struggled. Vidic benefited from Ferdinand’s pace alongside him.

Most towering central defenders can feel uncomfortable when left isolated against a nimbler opponent. Van Dijk isn’t often in that situation, and he generally comes out of it pretty well.

A large part of what makes van Dijk great is how complete his game is. He’s superb on the ball, far ahead of most of the other six we’re comparing with here.

He’s quicker than Adams, Vidic and Terry. There is no obvious hole in his game, which isn’t the case for most of the others.

With just one Premier League title so far, van Dijk is outdone by Ferdinand, Campbell, Vidic, Kompany, Terry and Adams.

There is the opportunity for van Dijk and Liverpool to lift the trophy multiple times in the coming seasons, but few will be picking them in Premier League predictions over Pep Guardiola’s Manchester City juggernaut.

There is a fair question of how much team success should matter when comparing players.

Then again, would Jamie Carragher be elevated into this conversation if Liverpool had won a couple of titles during his career? How would Terry or Ferdinand’s careers be viewed if they were on less competitive teams?

Separating individual performance from team results is an ever-present challenge in football. In this case, there’s also the added layer of Manchester City’s brilliance.

Van Dijk and Liverpool have been good enough to win at least three titles at most other points in Premier League history – how can we hold City’s winning machine against his legacy?

Ultimately, Virgil van Dijk at his best is as good as any defender in the Premier League era. He is yet to match the longevity of Ferdinand or Terry, though he should have three or four peak seasons remaining.

His game is without obvious weaknesses, and his immediate impact on Liverpool’s defence upon signing cannot be overstated.

If you were drafting a team of Premier League players at their respective peaks to win one fixture or dominate for a season, there’s a good chance van Dijk would be the first central defender off the board.

Premier League Tips
Liverpool
About the Author
By
Sam Cox