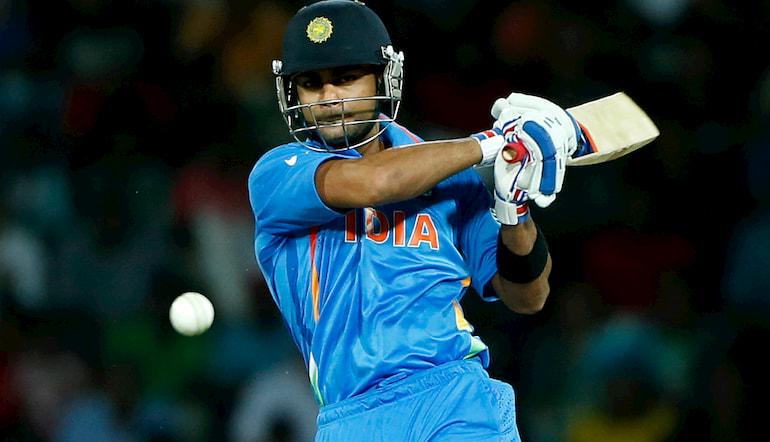 Virat Kohli is one of the biggest sports stars on the planet.

The Indian batsman has ascended the list of top run scorers in all formats to cement himself alongside the best players of the modern era – he has led India to their strongest position across all three formats.

Those who frequently bet on cricket are familiar with Kohli, but he is a superstar who attracts interest beyond the cricketing world.

For this article, we have compiled everything you need to know about Kohli from his cricketing records to his personal life.

Known as a fast scorer in Tests, Kohli has a strike rate of over 57. This equates to over three runs per over, which is a decent rate by modern Test standards. Kohli has the range of shots and timing to accelerate late in a Test innings.

His ODI strike rate is 93, but that doesn’t tell the full story of him as an ODI player. Kohli can pull a bowling attack apart, though he’s just as comfortable playing an anchor role while his teammates clear the fences.

Kohli’s strike rate in T20s has been a point of debate. At times, he slows the team down. In T20Is, he strikes at 138, which is a more than healthy rate.

Kohli’s batting averages are where the numbers border on unbelievable. This is where he proves himself as one of the best Indian cricketers.

At the time of writing, Kohli averages at least 50 in all three formats in international cricket. An average of 50 in T20s is a rare sight, an average of 59 in ODIs is historic and 53 in Tests would usually secure his place as the best in the world.

He’s a true three-format master. There’s a compelling case to be made that Kohli is the most complete batsman in world cricket, even if he’s not the number one in every format.

Kohli has already played 249 ODIs, 86 Tests and 296 T20s (including the IPL). He’s already sixth all-time in ODI runs scored and will be climbing into the top 10 in Tests before long.

No one knows how much longer Kohli has as an international cricketer, but many batsmen have played on until their late-thirties. If he does so, he will hold every record there is.

Kohli is married to Bollywood actress Anushka Sharma. The couple began dating in 2013 and quickly attracted considerable media attention. They were given the ‘honour’ of a couple nickname: Virushka.

Neither of them talked about their relationship publicly, and they eventually married in December 2017 in a private ceremony in Florence.

Kohli has taken paternity leave during the Test series with Australia to be with Sharma for the birth of their first child.

Royal Challengers Bangalore are Virat Kohli’s IPL team. He started off as a youth player with RCB back in 2008, and after a slow first season, proved himself as a premier T20 batsman.

For the 2011 campaign, Kohli was RCB’s only retained player and he earned the responsibility of vice-captain.

He succeeded Daniel Vettori as franchise captain in 2013. For the 10th anniversary of the competition, Kohli was named to Cricinfo’s all-time IPL XI.

In 2019, Kohli was the second player in IPL history to reach 5000 runs. India are one of the favourites in the upcoming Cricket World Cup odds – will Kohli find his best IPL form on the biggest stage?

What Does The Name Virat Kohli Mean?

Virat Kohli is a name of Sanskrit origin and means ‘giant, extremely big in size’ according to names.org.

How Many Cars Does Virat Kohli Have?

Like many well-paid sports people, Virat Kohli has a massive collection of expensive cars. Reports of Kohli’s car collection show he is a true petrolhead.

Putting an exact figure on how many cars Kohli has is tricky. He has won vehicles for his cricketing performances in the past, including a Renault Duster in 2012. He also has a Toyota Fortruner.

The majority of the collection is Audis. His love for the premium German manufacturer is extreme, it is thought he has the following Audis: S5, RS 5, Q7, Q8, A8 L, R8 LMX, and R8 V10 Plus.

The Indian captain also has a Range Rover and a couple of Bentleys for good measure.

Who Does Virat Kohli Play For?

Kohli is the Indian cricket captain. He also plays for Dehli in the Ranji Trophy and captains Royal Challengers Bangalore in the IPL.

Keen to read more about cricket? Check out our list of the top cricket blogs.