With the test season here, we explore the 10 best cricket blogs. 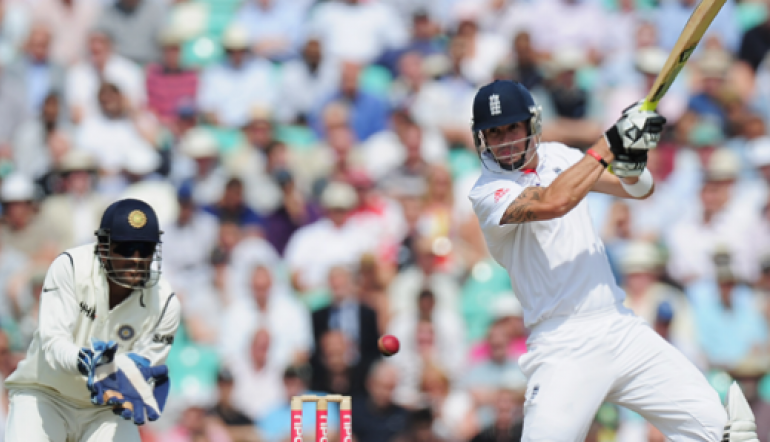 Now that it’s time for the test matches, we know you might be hunting for some new cricket reads – and here at 888sport, we’ve got you covered. We’ve handpicked our 10 favourite cricket blogs that you should definitely check out for the latest updates and opinion on the wonderful game, ranging from the serious and factual to the funny and irreverent.

With a cult readership including celebrities and professional cricketers, over 8000 followers on Twitter and a book published off the back of the blog’s success, it is fair to say that The Middle Stump has gone from strength to strength since its launch in March 2012.

Founded by keen cricket fan Dan Whiting, the blog has been described as the doosra of the blogging world thanks to its unique, comedic take on the game. When asked why he thinks The Middle Stump has proven so popular, Dan explained that he thinks it is because they write from a different angle to other cricket writers, taking a “hard hitting” yet amusing approach. But that’s not to say that it’s all jokes with no substance; with a mix of player interviews, celebrities, and opinions on cricket at all levels, with The Middle Stump provides you with a comprehensive look at the world of cricket.

“If someone has a topic or opinion, we'll cover it!” This phase from The Cricket Blog founder Miles Reucroft perfectly summarises the site, which offers opinion and insight on cricket of all levels. From international games played all over the world, right through to the cricket leagues for the visually impaired in Sierra Leone, there’s no cricketing stone left unturned.

Miles even covers his own exploits as a village cricketer, and it’s this breadth of coverage that he thinks makes blogs such as his so popular. “I guess all blogs offer a slightly different take to the traditional media outlets… I think that’s what people like”. With over 4,500 followers on Twitter, it seems as if cricketing fans agree.

4 years ago, a group of female cricket fans came together on Twitter and began discussing their appreciation of the game – and its players. The blog Crickette.co.uk was then born, offering opinions on games, scores, stats, players and even the odd WAG or two.

“The blog has expanded over the years with more women getting interested in the sport and it's players,” Laura Rimmer, founder and editor, explains, “There really is no other sport where it is acceptable to sit and drink champagne for 5 days and enjoy the sun!”

With mini guides and even an online gift boutique, Crickette looks set to go from strength to strength.

If you’re looking for a cricket blog written by someone who really knows what he’s talking about, then look no further than The Old Batsman. Blog owner Jon Hotten says that he started blogging because he was “becoming one of those people who sat in front of the television muttering to themselves about what was going on”; but as a regular contributor to several publications including The Guardian, you know that you’re in safe hands when reading his blog.

Since November 2008, the site has been regularly updated with in-depth, passionate opinions on the sport, its players and upcoming matches. Also filled with references to Jon’s own life and the role that cricket has played, The Old Batsman is a must for any cricket enthusiast. 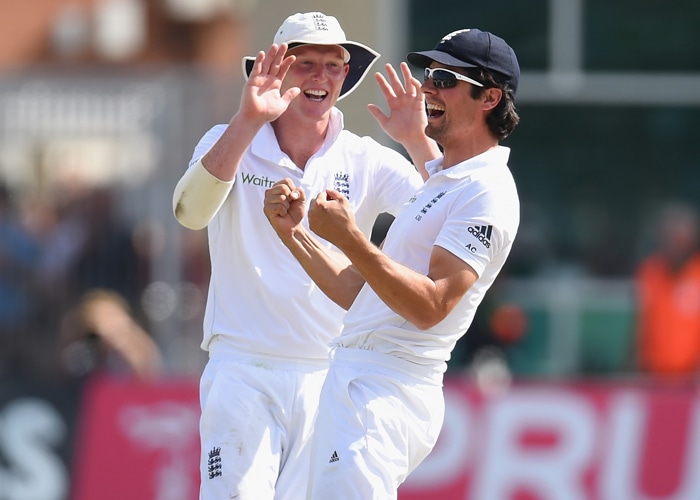 Describing themselves as a mixture of “amateur cricketers” and “Facebook soap-boxers”, the writers at The Full Toss voice the opinions of the everyday fans of English cricket. Ran by editors Maxie Allen and James Morgan - but featuring contributions from 13 additional writers - the blog aims to bring together the cricket discussions that dominate social media sites under one roof.

With a wry acceptance that all English cricket watching involves a sense of pessimism, the writers of The Full Toss encourage readers to “celebrate and bemoan” the fortunes of being an English cricket fan with them. Regular updates throughout the week mean that The Full Toss always offers something new to read, and if you fancy yourself as a budding sports writer, then they also accept contributions from fellow fans.

For a quick cricket-related laugh, you should pay a visit now and then to The Cricket Nerd. Originally launched as a blog showcasing the comic strip drawing talents of student Rishbabh Bablani, The Cricket Nerd has now evolved into what Rishbabh describes as “cricket humour for the easily amused”.

Since 2013, the blog now mainly focuses on funny cricket GIFs (or quick, moving pictures to the less web-savvy of us) – so for players falling over or getting hit by stray balls, this is definitely the blog for you.

If you’re looking for in-depth analysis and opinion written by truly passionate writers, then look no further than A Cricketing View. The site might be simple in layout, but the writing of Kartikeya Date speaks for itself. As well as covering all sorts of games including test and ODI matches, the blog also features comprehensive player biographies, post on cricket rules and comprehensive statistics.

With regular new posts going live, it’s always worth checking back on A Cricketing View to see what words of wisdom you may have missed recently. We can guarantee this will be one to settle down with during the test matches!

Cricket enthusiasts may already know of All Out Cricket, the 116-page monthly magazine that gives unparalleled insight into the world of cricket; but you may not know that their website also has a blog that is regularly updated with the latest news, opinion and match coverage.

Editor Phil Walker described what he thinks makes All Out Cricket such a success: “What we do is to cut through the crap to bring out the vibrancy, complexity and sheer daftness of the game. Sure, cricket's important - and we don’t shy away from questioning how it’s run on a governance level - but it’s not so important as to lose your sense of humour over it.”

With contributors including cricketing names such as Ravi Bopara and Mark Butcher, All Out Cricket can provide readers with what Phil calls “the dressing room line”. Yet with regular contributions coming from an “eclectic and dedicated bunch… all doing their own thing”, you get a fully diverse look at the beautiful game.

With his personable writing style and insightful knowledge of the sport, Dave Powell’s blog, Stumped, should definitely be added to your reading list. As well as match reviews, Dave also writes on relevant news stories from the world of cricket including scandals and controversies.

On top of this, Stumped also covers matches that others may neglect, such as the recent women’s Ashes tournament. If you’re looking for more regular updates, particularly during matches, then the Stumped Twitter account @StumpedBlog is also worth a follow.

Modestly marketed as being “for people who are stuck at computers and who are avoiding doing something else”, King Cricket should actually be the first stop for any fans that want a funny, irreverent take on the world of cricket. Writer Alex Bowden has a wealth of experience writing on the sport, and updates King Cricket most days with a selection of posts that range from the factual to the bizarre – but always written in the same accessible, witty style.

Related Content
Cricket Betting Tips: Everything You Need To Know

Top Tips For Betting On Cricket

Cricket Betting Tips: Everything You Need To Know

Top Tips For Betting On Cricket

Who Makes Next Ashes Team?