There are 22 referees who are qualified to officiate in the 2021/22 Premier League. Here, we look at each official and their refereeing careers... 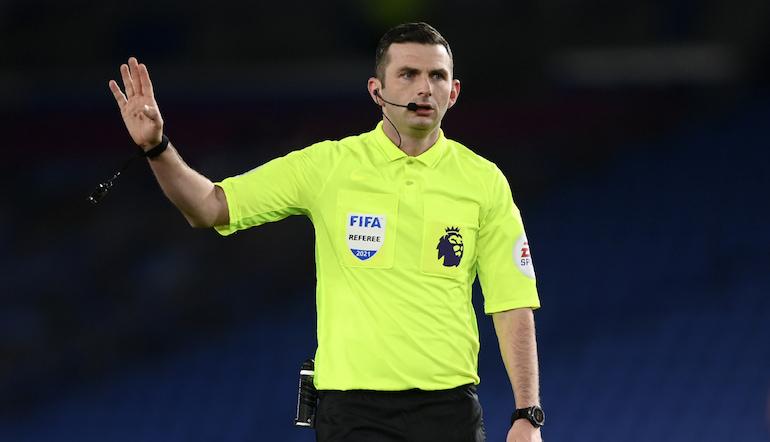 Refereeing tendencies are a factor to ponder in EPL predictions. While Premier League referees are considered the best in the country, they will have different approaches when it comes to handing out cards and letting the game flow.

Big decisions have flipped Premier League title odds. A red card or a misjudged offside can change the entire outlook of a season. The pressure on referees at the highest level is immense.

From those weighing up their online betting picks to fans wondering if their star man can avoid a suspension, it’s worth getting to know the history of every Premier League referee.

First refereeing on a casual basis in the late 1990s, Graham Scott quickly received praise. He was soon climbing his way up the pyramid, and joined the Select Group Of Referees in 2015.

The PGMOL almost dropped him in 2015, but an appeal saved Scott’s place among the best referees in the country.

Few referees have ascended as quickly as Rob Jones. Climbing the leagues at a rapid rate, Jones has developed an excellent reputation.

He was seen as a fourth official 15 times in 2019/20 despite only refereeing his first National League fixture in 2014.

One of the lesser-known Premier League officials, Peter Bankes has been a regular in the Premier League and Championship over the last couple of seasons.

At the centre of some controversial calls in the last few seasons, Craig Pawson has been given more camera time than he might have wanted.

With experience on his side, though, he’s one of the more reliable officials in the Premier League.

First refereeing in the 1980s, Jonathan Moss’ career path has been less dramatic than many others.

It took over 20 years to make it to the Premier League, though he’s been a regular since his debut in 2010.

Nearing two decades of Premier League experience, Andre Marriner has seen it all.

He was a FIFA referee for eight years and was in charge of Wigan’s heroic FA Cup final win against Manchester City.

In the spotlight as the VAR twice over the last couple of seasons, David Coote has been generally lenient throughout his Premier League career.

First making it to the Premier League in 2008, Stuart Attwell was dropped by PGMOL for a short period.

He returned to the Football League to hone his skills, before returning to the Select Group in 2016.

In charge of a Championship play-off final and a League Cup final, Paul Tierney has been making a name for himself in recent seasons.

He was added to the FIFA list of referees at the start of 2018.

Not only overseeing FA Cup finals and countless hostile league matches, Anthony Taylor drew international praise for his reaction to Christian Eriksen collapsing during the Euros.

Taylor stayed calm in horrific circumstances and allowed medical attention to get on the field as quickly as possible.

Long considered one of the best Premier League referees, Michael Oliver has been in charge numerous high-profile matches.

Recognised as an elite referee by UEFA, OIiver is younger than most of his peers, but governing bodies clearly trust him in the biggest matches. He’s refereed two FA Cup finals and multiple matches at Euro 2020.

The Premier League trophy was in its infancy when Mike Dean first stepped up to the top flight.

Dean is something of a celebrity on the field. His mannerisms have become very popular across social media, and his tendency to hand out cards makes him a magnet for controversial decisions.

To this day, he remains a regular at the biggest matches on the calendar.

Having been in Select Group 2 since 2018, John Brooks was added to the list of Premier League referees in time for the 2021/22 campaign.

With over a decade of stories from refereeing in the Premier League, Kevin Friend has also been awarded Community Shield and cup final fixtures throughout his career.

Only making it to Select Group 2 in 2019/20, Jarred Gillett will become the first Australian to referee in the Premier League in 2021/22. He’s got nearly 10 years of experience from the A-League.

A familiar face for fans of Football League teams, Tony Harrington has amassed plenty of matches in the EFL.

His highlight came in May 2021 when he was in charge of Blackpool’s League One play-off final win against Lincoln at Wembley.

It’s been a big few years for Chris Kavanagh.

Making it to the Select Group in 2017, he was added to FIFA’s International List a couple of years later and then got to referee the Championship play-off final in 2021.

Added to the Premier League referees group for the 2021/22 campaign, Michael Salisbury has been excellent in the EFL since 2016. He even refereed the 2020 League Two Playoff Final.