Ian Darke is an iconic figure in the world of sports commentary. Here, we look at his life away from sport while going over some of his best moments in the box. 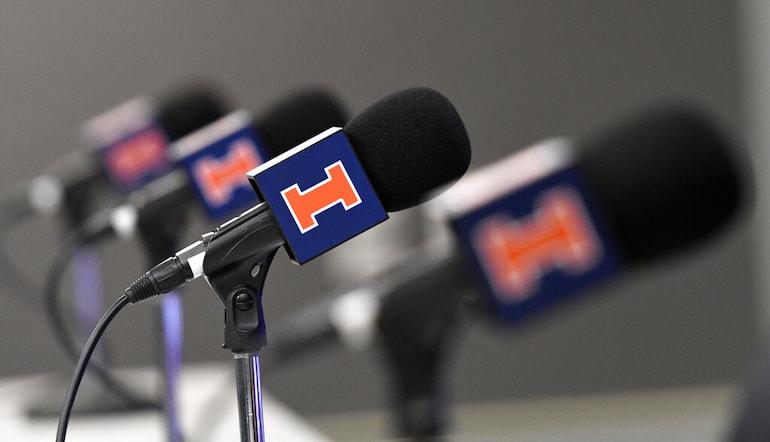 Whenever checking out your boxing bets over the last few decades, there was a decent chance you’d hear the voice of Ian Darke. Darke has been on commentary for some historic moments in sport since breaking into the industry in the 1980s.

Making a name for himself on both sides of the Atlantic, Darke has even become an active Twitter personality.

He ranks up alongside Martin Tyler and John Motson as the most recognisable commentators you’ll hear when pondering live betting in the UK.

Ian Darke net worth is thought to be in the region of £1.5 million.

Of course, most companies have limited information for such an estimation, but Darke will have earned plenty of cash through his decades commentating on high-profile sporting events.

Even the best football commentators can enjoy a more private life than the athletes they are providing the soundtrack for. Ian Darke’s family is relatively unknown, though it’s believed he has two daughters.

Ian Darke is roughly 68 years old and many websites report that he was born in Portsmouth.

Initially on BBC Radio, Darke covered boxing, athletics and football until 1992. This was his big break as he joined Sky Sports to be the number two commentator on the newly founded Premier League.

Three years later, Darke became the voice of Sky boxing with the company expanding its coverage considerably. He famously was on commentary when Mike Tyson bit off a piece of Evander Holyfield’s ear.

While boxing had dragged him away from many of the biggest football matches, Darke was occasionally heard on international broadcasts and used for some Champions League matches.

When ITV wrestled back the majority of boxing coverage from Sky in the 2000s, he was again a regular on Sky’s football output.

The 2010s was a period of change for Darke. Having been with Sky for almost two decades, he joined ESPN to cover the World Cup for the American market.

While he started the following season with Sky, he switched to join ESPN as their lead Premier League commentator on a three-year deal.

Before long, he was also commentating on MLS matches and the 2014 World Cup for the American sports broadcasting powerhouse.

Enthusiastically commentating on MLS and matches featuring the USMNT and USWNT, Darke has become something of a cult figure in the US.

He’s also worked extensively with Steve McManaman as a co-commentator, including the coverage of international and La Liga matches.

The familiar tones of Darke returned to the ears of British fans when he signed a deal with BT Sport in 2013-14. He has commentated on several FA Cup finals for the organisation, and has been a regular in their Premier League coverage.

More recently, the veteran commentator has been heard from Prime Video as a lead commentator for their Premier League output.

Stories of fractured United dressing room ring true when you see how little they found when it got tough today.

Occasionally providing a football prediction and sometimes controversial, Darke tweets from the handle @IanDarke, and has amassed over 150,000 followers.

Synonymous with many dramatic betting moments, Ian Darke’s voice will forever live on in some remarkable highlight packages. Let’s look at some of his best calls.

“Oh, and some nasty stuff in there! It looked to be a bite, almost. Holyfield is very unhappy, look at this! It looked as if Tyson bared his teeth at one stage in the exchange. He bit his ear! Well, feelings are running very, very hot indeed in there. Holyfield was outraged by that. Now what is the referee going to do about that? One point deduction for Tyson! One point deducted from Mike Tyson, for biting Holyfield's ear. Now, let's take a look again. Well, this is getting like a street fight.”

“It's a crushing right hand and that must finish it! It must finish it! Tyson cannot get up from that, surely. He will be counted out. Lennox Lewis seals his place in history forever and closes the book on Mike Tyson!”

“Just incredible! Look at Hope Solo celebrate! There is an American party going on, all around the terraces! Surely the whistle's going to go any second, and it will be a penalty shootout. Abby Wambach in the one hundred and twenty-second minute. Well that does match the drama of the men's World Cup last year, and the Landon Donovan goal which saved the USA against Algeria, doesn't it? Well, well, well! And the goal was scored in the time added on for the largely bogus injury, we think, to Érika. Is there some kind of poetic justice in that?”

“I think it's a sort of morbid fascination, for the Brazil fans now. They've paid a lot for their tickets, they're going to see it, whatever the story. I don't think they'll be watching a replay when they get home, somehow. How good are this German team?”

The USA were on the brink of yet another World Cup disappointment in 2010. That all changed when Landon Donovan tapped in a rebound from Clint Dempsey’s shot, a moment which has gone down in history stateside.

Darke was on commentary for the match, and his raw emotion raises goosebumps for USAMNT fans to this day.

Wrapped up in the drama of the play, Darke’s commentary was follows, “Howard gratefully claims it. Distribution: brilliant... Landon Donovan, are things on here for the USA? Can they do it here? Cross – and Dempsey is denied again!

"And Donovan has scored! Oh, can you believe this! Go, go, USA! Certainly through! Oh, it's incredible! You could not write a script like this!!”

Those words made Darke an icon for many soccer fans in America. He has been a regular commentating on European league matches for viewers in the US, a role he has clearly enjoyed.

Asked by Bleacher Report in 2013 about adapting his commentary for an American audience, he said, “Obviously we try to angle it to any American angles in the game we will point out. Obviously in England that isn't something we would do.

“I think it's a knowledgeable audience and I would never attempt to dumb it down because I'm not talking to an English audience at all.

"All the tweets I get and interaction you receive say that people have a good knowledge of the game and understand it well. You try to give them the level of insight and commentary that warrants.”

Football Tips
Boxing Tips
About the Author
By
Sam Cox