Who are the best young footballers in the world? Our football expert picks his best young players in football... 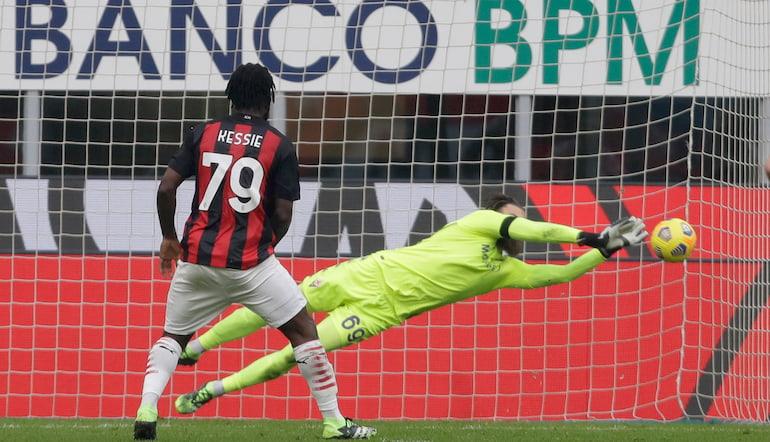 The world of football betting has been looking for the successors to Lionel Messi and Cristiano Ronaldo for years.

Football wonderkids have flopped along the way - filling the sizeable shoes of Messi and Ronaldo is not achievable for most.

The next generation of footballers have an unattainable standard to live up to. Already, though, some are making headway as favourites in football bets.

It won’t be long before the next generation of footballers are battling for the Ballon d’Or. Here are 10 of the best young players in the world in 2020…

Playing in the Bundesliga has led to Jadon Sancho becoming underrated in England. Sancho is not just good for a young player – he’s already one of the best wingers in world football.

Sancho made the bold decision to walk out on Manchester City, which has quickly proved to be a smart career move.

The Camberwell-born forward was soon a first-choice selection for Dortmund, and within weeks he became their best player. Sancho and Erling Haaland are one of the best partnerships in the sport.

Links to Manchester United continue, but it wouldn’t be a surprise to see Real Madrid or Barcelona come in for the England international.

Manchester City’s odds to win the Premier League were barely impacted by the departure of David Silva.

Phil Foden is a considerable factor in that – the City midfielder has long carried a reputation as one of the most talented young players in the world.

Foden’s role long-term is yet to become clear. He’s played in the front three for Pep Guardiola and had success, but the expectation is he will settle into a more standard central midfield position.

The competition for England minutes is high – will Gareth Southgate take the City youngster to the Euros?

Not many players make their international debut at 17. Ansu Fati did just that late in 2020, such was the impression he had made in his first few months as a first teamer with Barcelona.

A torn meniscus has disrupted Fati’s season, but he will return to Barcelona’s XI when he’s fit. Even at such a young age, the Bissau-born winger has become a key player for the Catalan superclub.

Erling Haaland is a lab-made centre forward. He’s 6’4, he’s quick, he can dribble, he can pick a pass. He’s team-driven. How many strikers are better than Haaland right now?

The Norwegian is already an elite player, a goal machine with 62 goals in 59 appearances since leaving Molde in 2018.

There are minimal areas to be improved in his game. Dortmund is the perfect place for him at the moment – don’t be surprised to see him winning multiple Ballons d’Or in the 2020s.

Alphonso Davies celebrated his 20th birthday at the start of November – he’s already one of the five best left-backs in the world.

Davies’ road-runner pace, crossing ability and timing of the tackle make him an asset to an already formidable Bayern side. He may have arrived in Germany as a left winger, but he’s nailed down the left-back spot.

The position is his own in arguably the best club team in the world, and it won’t be long before he’s considered the top left-back on the planet.

There has been hype around Eduardo Camavinga since he made his Rennes debut as a 16-year-old. Having just turned 18, he’s already a goal scorer for the French senior team and has been linked to many of the world’s biggest clubs.

A defensive midfield player, the comparisons to N’Golo Kante are inevitable no matter how clumsy. Camavinga is a superior passer, comfortable ticking over possession from the base of midfield.

His defensive decision making needs improvement, but his ability to cover ground and read opposition attacks is so valuable.

Vinicius is 20 years old. He has already made over 150 senior appearances and has debuted for the Brazil senior team.

With lightning pace and dribbling skills to match, Vinicius is a thrilling player to watch even if the end product is inconsistent.

Real Madrid’s post-Ronaldo future depends greatly on Vinicius’ development. Comfortable anywhere across the front line, and with a low centre of gravity to hold off bigger defenders, he could become one of the best players in the world.

The latest young sensation from Salzburg, Hungarian attacking midfielder Dominik Szoboszlai has been linked to Juventus and Arsenal over the last couple of transfer windows.

He’s destined for Leipzig, one would expect, and could soon be considered one of the best creative players in Europe.

Szoboszlai has an eye for a pass and the technique to execute. Whether picking the ball up and spraying it or playing a thread-the-needle one-touch pass, the Hungarian can pick a defence apart.

He has calmness in possession that is not a guarantee with youngsters. Whatever the future holds, Szoboszlai is a player to keep an eye on.

Having slid out of Serie A betting relevance, Milan have spent and spent over the last few years. No signing has arrived with the promise and excitement of Sandro Tonali, a player who has the potential to be Italy’s next great midfielder.

Beginning at Brescia, the long hair and the knack for pinpoint passes made the Andrea Pirlo comparisons inevitable. Tonali is Italy’s most promising footballer, but the expectations are incredibly high already and playing for Milan only heightens that pressure.

Other than Pirlo, Steven Gerrard and Luka Modric were inspirations for Tonali. If he becomes half as good as those three he will be an integral player for Italy’s doziest giants.

The signings of Christian Pulisic, Hakim Ziyech, Kai Havertz and Timo Werner have blocked Callum Hudson-Odoi’s path at Chelsea. Injuries have hampered his development, but he remains a very exciting young talent.

Game time is rare. Hudson-Odoi must make an impression in every match he plays. There have been flashes of a special player in there with the ability to jink either way from the flank, deliver whipped in crosses and curl shots into the far corner.

Only time will tell if Chelsea is the best place for Hudson-Odoi’s development.