Why Alan Curbishley Is Remembered As A Premier League Cult Hero 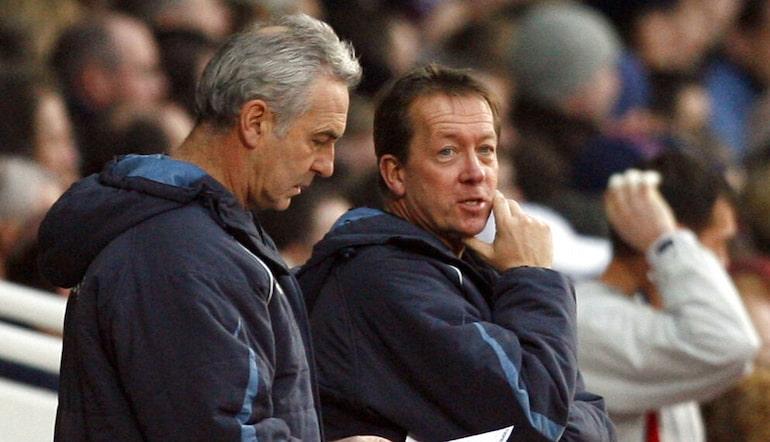 The last time that Alan Curbishley managed any football side, least of all a Premier League team, was all the way back in September 2008, a date so far removed from the present-day that he no longer even appears on shortlists when potential candidates are drawn up following a sacking.

For a good while, his inevitable inclusion on those shortlists became something of a running joke.

An under-performing club such as Everton would dismiss their coach and within hours the online betting would have Curbishley among the favourites to replace him, and if that seemed entirely logical, given his managerial heroics at Charlton, it became almost humorous the longer he encroached into self-imposed exile from the game.

Now, aged 60 and with only a very brief stint as a technical director at Fulham to his name since stepping into the shadows 14 years ago, it is very unlikely that we will ever see him frown or rejoice on a touchline again.

Which is a great shame because ‘Curbs’ was a genial and reasonable sort of gaffer, at odds with the ‘personality’ managers that are commonplace today. Furthermore, his achievements at Charlton were truly outstanding.

He wasn’t bad at West Ham either, guiding the Hammers to safety after taking charge mid-way through a season that seemed to have relegation written all over it.

In his only full season in East London, Curbishley oversaw a top ten finish, and that was a considerable feat in a campaign blighted by injuries to key personnel.

Only then in the summer, players were sold against his will and a bitter resignation followed, souring his experience of managing his boyhood club.

Even today he remains highly regarded by the West Ham fans, a fanbase recently voted one of the best in the top-flight.

That high regard is heightened significantly however, further south in the capital, with even legendary status not an exaggeration from the Charlton faithful who revere him still for the miracles he pulled off at the Valley across 16 years prior to moving onwards and upwards.

Not for nothing is there now a stand named after their greatest ever manager.

Having initially shared the reins with Steve Gritt, sole charge of the Addicks was undertaken in 1995 and from there the club ascended through the divisions, finally establishing themselves as a Premier League club of genuine note.

Remarkably, given their slender budget, Charlton maintained their top-flight standing for seven out of his last eight seasons at the helm. In 2003/04, against all expectations, they finished seventh.

This was done via a strict adherence to sustainability and a disciplined pragmatism in the transfer market that not only kept Charlton within their tight financial means but went against the spend, spend, spend culture that was prevalent at the top then, and now.

Having spent many years away from the Valley and always being a couple of big bills away from ruin, Charlton knew where their priorities lay.

🗣"I was stunned and honoured."

Alan Curbishley reacts to having a stand named after him at Charlton Athletic @CAFCofficial pic.twitter.com/Zbkiss2k3Y

With their prudency coupled with success, it became known as the ‘Charlton model’, with promoted clubs copying their stance and it’s likely even this summer, many years on, clubs that are prominent in the Premier League relegation odds for this season will be deliberating on purchasing a new player, and deliberating the exorbitant cost involved, and will be asking themselves: what would Charlton have done? What would Curbishley have done?

You won’t find Alan Curbishley on any lists celebrating the greatest managers in the Premier League era but by acknowledging his phenomenal achievements it follows that he deserves to be in the conversation.

For now though, this genial and ever-so-shrewd gaffer will have to content himself with being a cult hero.