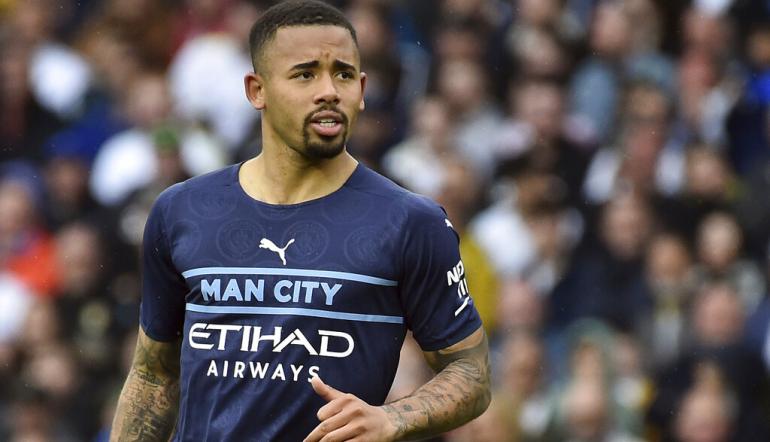 “Jesus is an upgrade on Lacazette for sure. He’s younger and quicker. Lacazette has worked really hard for Arsenal but I saw signs that physically he couldn’t reach the levels needed in the Premier League and obviously his goal output went down.

“Jesus has got his best years ahead of him. He’s joining a club with a coach who knows him well, who has faith in him, and who feels like he can improve the player.

"And he can improve because if you’re playing through the middle consistently – which he wasn’t at City, coming in and out and being asked to do different things – mentally now he can be a bit more focused as to what is expected of him. Also, it’s a big statement from the club that he’s been given the number nine shirt.

“You wear the number nine and there is a pressure on you to perform and score goals. You hope he will thrive on that pressure.”

The Brazilian is the latest capture in what has been a busy transfer window for the North London giants, as they prepare for what will likely be another tough scrap for a top four spot with arch-rivals Spurs. Yet, Smith insists they are not done yet, naming two targets he hopes will arrive at the Emirates very soon.

“Lisandro Martinez is an experienced player from Ajax, someone who can come in and offer good options to Kieran Tierney who has picked up a lot of injuries.

“Youri Tielemans meanwhile is an excellent player and hopefully Arsenal can get that one over the line because they’ve been linked with him for a long time.

Arsenal are reportedly interested in both Tielemans and Paqueta, however one player holds a significant advantage over the other 👀 @DAHughes_https://t.co/bBwGEf140R pic.twitter.com/RnmJqfvkdH

"I’m sure they’ve been talking to Leicester and to the player’s agent for a long time as well. So that one would be a big boost.

"Rafinha looks dead in the water and that’s a shame, but if they can get Tielemans and Martinez – on top of their other signings – that’s a really good summer.”

It’s a positive summer that might in some way compensate for a very disappointing finale to 2021/22, with Tottenham ultimately pipping their neighbours to a Champions League spot.

Looking at the bigger picture however, Smith – who made 264 appearances for Arsenal, winning two league titles along the way – is greatly encouraged by the progress being made.

“Arteta is definitely taking them in the right direction and he’s getting the backing as well. You can’t knock the ownership who have provided the funds to overturn that squad and build a side in his image. Hopefully they will continue on an upward trend.”

So much of that upward trend can be attributed to Arsenal’s array of young talent with Bukayo Saka standing out among them. Now a pundit for Sky television, Smith commentated on several games featuring the 20-year-old last season and very much liked what he saw. 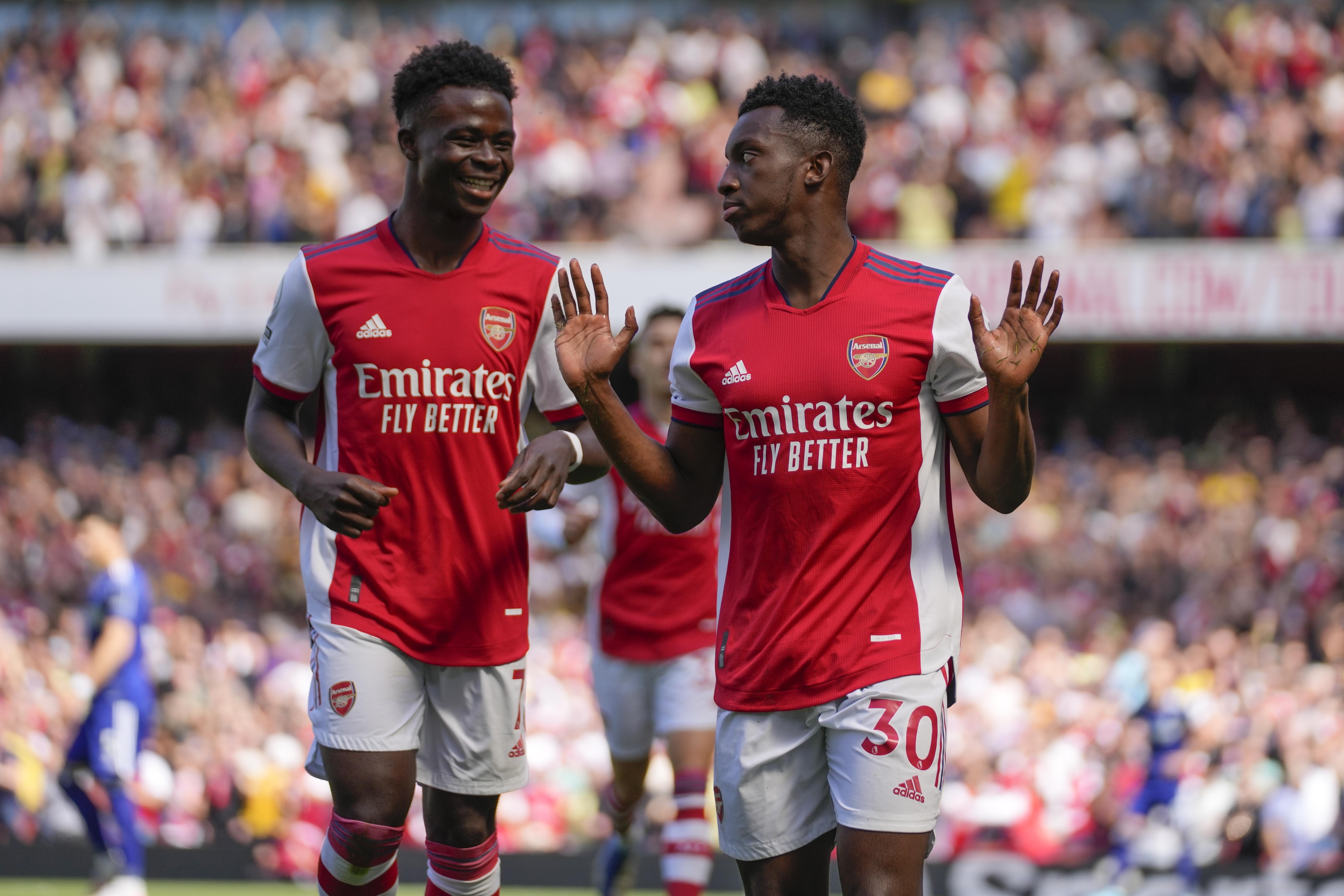 “Saka is a brilliant talent and I just love watching him play. He’s got the potential to solidify a starting place with England and he’s one of those players who just makes the game look easy.

“He’s not a tall lad but he’s so clever with his movement and even with aerial challenges, he moves himself into the defender and times his jump better, just to get a flick on it. His balance too is superb.

"I love Saka and all the Arsenal fans love him as well. Hopefully the club can keep him for his best years. He’s just been a revelation.”

Another exciting prospect up front is Gabriel Martinelli, though injuries have somewhat blighted his development since joining in 2019.

Brilliant at times, at other times drifting in and out of games, does he have the consistency to really establish himself as a Premier League superstar?

“There were times towards the end of last season, playing on the left, when Martinelli was unplayable and a lot of people are wondering if he might be an option down the middle over the next few years.

"I think that’s a possibility and I’m sure it will be something Arteta looks at in training and in a few matches. We will have to wait and see on that one and he would have Jesus, Nketiah and Balogun as competition. 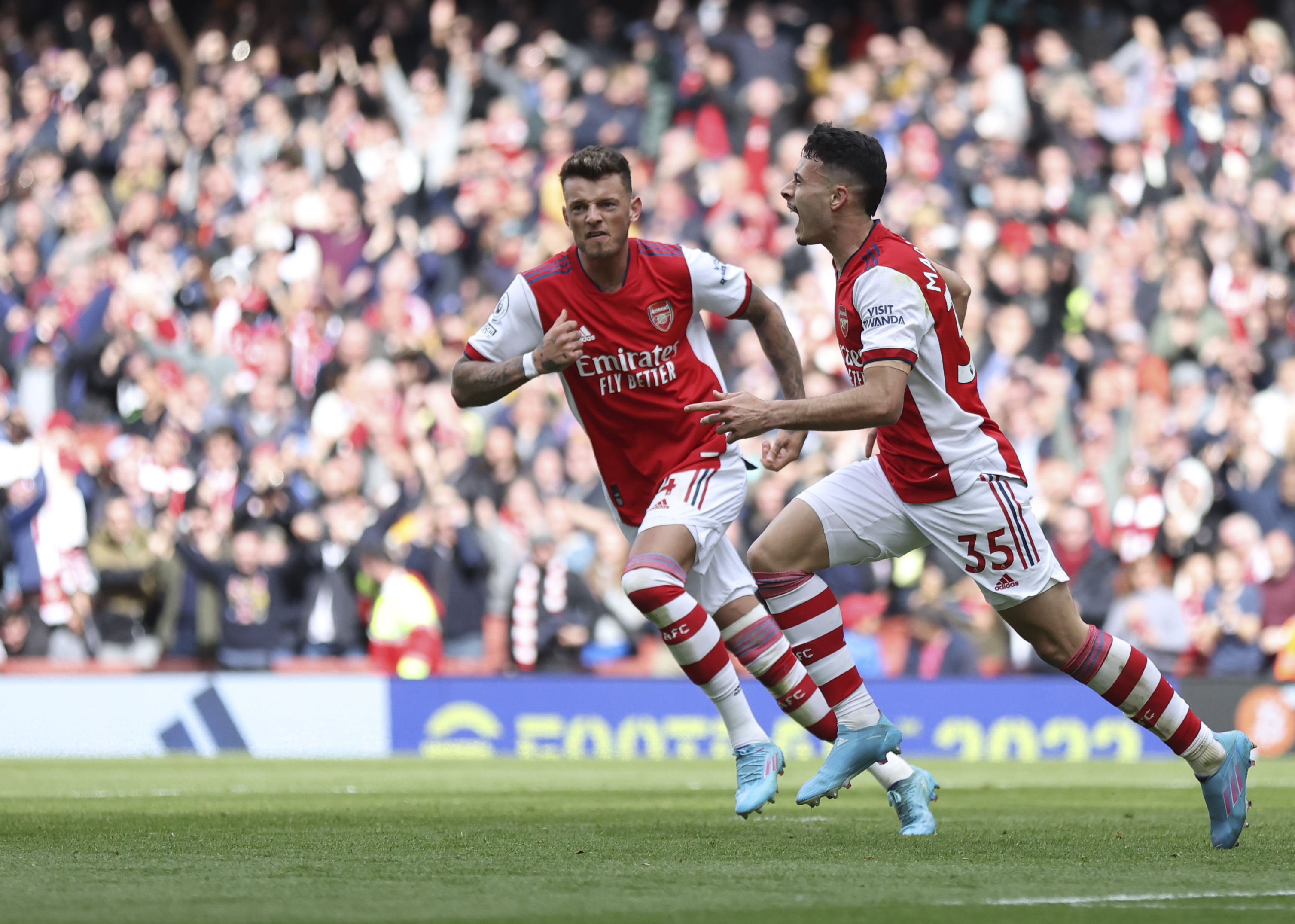 “I do like him. He’s a bums off seats kind of player but the idea is to create a bigger squad so he can be rested and pulled from the team sometimes to sit on the bench. He’s a tremendous talent.”

Should Saka and Martinelli shine, and should Mikel Arteta’s project in the capital continue to take meaningful leaps forward, the future appears rosy for Arsenal with their aspiration to once again be the top dogs in North London attainable for sure.

Even so, Smith is concerned about similar strides being made a mere four miles away.

“It won’t be easy for Arsenal with all that’s going on at Tottenham, with the signings they are making and Conte.

"He is a first-class manager and getting that Champions League spot was a huge bonus for the club and for him. You wonder what would have happened had they not got it, because he’s a man of ambition.

“So, it won’t be easy at all. If it’s as close as last season maybe this time Arsenal can pip them. It’s going to be fascinating to see how that battle goes.”

Liverpool
Premier League Tips
About the Author
By
888sport