Is Mikel Arteta The Right Man For Arsenal?

Arsenal missed out on Champions League football under Mikel Arteta last season - is he the right man for the Gunners job? 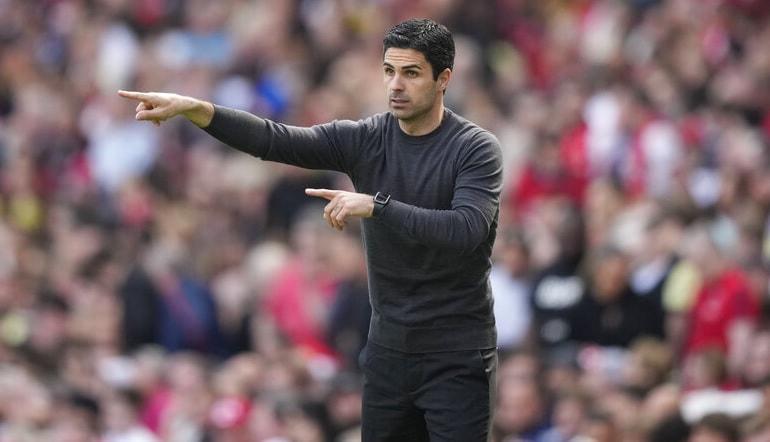 Despite some ups and downs during his Arsenal tenure, Mikel Arteta has rarely been favoured as the next Premier League manager to leave.

That hasn’t stopped fans speculating about his future at the club, however, particularly when big names have been on the market like Antonio Conte, Erik ten Hag and Zinedine Zidane.

This is the Gunners’ longest run outside the top four since the 1970s. Arteta led them to fifth in 2021/22, bouncing back after consecutive campaigns down in eighth, but this is still a club far from where they expect to be.

Heading into 2022/23, online betting prices them as sixth favourites for the title, far behind Chelsea, Tottenham and Manchester United.

The days of frustration at their consistency under Arsene Wenger have drifted into the history books. The post-Wenger years have been rocky for a club which was so stable throughout the Premier League era.

Expecting a rookie manager like Arteta to provide Wenger-like results isn’t fair, and Arsenal were clearly in for the long haul when they handed the Spaniard the reins.

Some are already doubting Arteta, though, and even with the club exercising patience, there will be a moment when they ask if he’s the right man.

Arsenal made the Champions League every season between 2000/01 and 2016/17. They have not featured in Europe’s premier club competition since, hitting their revenues hard and eliminating them from the elite group of European clubs.

With a late-season collapse under Arteta, the Gunners once again missed out on a top four spot in 2021/22, instead having to settle for a Europa League berth.

Premier League teams still have a financial advantage over the majority of clubs in Europe’s top five leagues.

Arsenal’s television and sponsorship deals enable them to pay far larger wages than their peers in Germany, Spain, Italy and France, but recruitment is a different game when there is no lure of Champions League football.

Naturally, a club’s spending is more controlled without the riches associated with the top level of continental football, too.

On a domestic level, they cannot compete with the Manchester clubs or Liverpool for players. The same has been true of Chelsea, too. Tottenham now have a high-profile manager and Champions League football to offer.

When 2022/23 begins, Arteta and Arsenal are competing with United, Chelsea and Spurs for the final two spots in the top four. Their squad is clearly the weakest of that quartet.

‘Rebuild’ is overused in football. Teams cannot bottom out and restock their squad with young talent through the draft like in the NFL or NBA, nor do they receive prospects in return for letting veterans go.

Arteta has been overseeing an overhaul of the senior squad, however, with Alexandre Lacazette following Pierre-Emerick Aubameyang out the door this summer. Their core should all have their peak years ahead of them.

While Gabriel Martinelli, Emile Smith Rowe, Bukayo Saka, Martin Odegaard, Gabriel and Ben White will all improve in the coming seasons, this squad is a work in progress. Not all of those six will reach their ceilings. 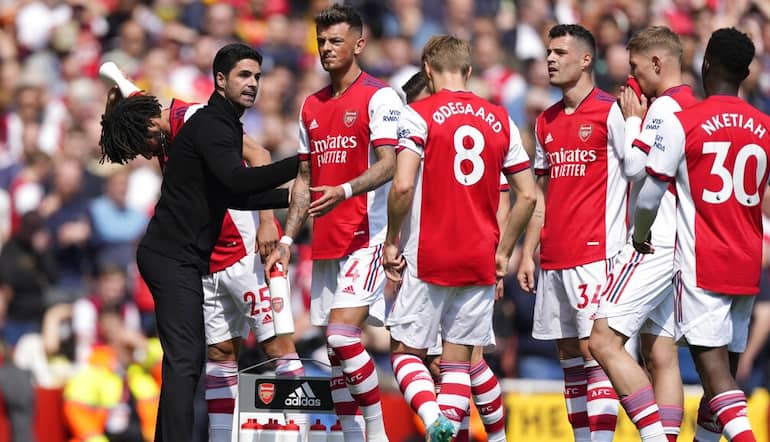 It’s uncertain if any will get close to the elite levels of Liverpool and Manchester City’s core players, which is what Arteta needs if he’s to make this team into a real challenger.

The latest Premier League football odds paint an accurate picture of where Arsenal stand in the Premier League hierarchy. This is a club working at a disadvantage to the rest of the traditional top six both from a financial and talent standpoint.

The way the season ended may reflect poorly on Arteta, but this isn’t an easy job at the moment. There are higher aspirations at the club, yet fifth has to be viewed as a good finish for this group.

Despite the circumstances, a slow start to next season will see more discussion of next Arsenal manager betting. Manchester United will be better under ten Hag after the shambles of Ralf Rangnick’s tenure.

West Ham spent much of the season ahead of Arsenal before their attentions turned to the Europa League. Chelsea and Spurs will both be stronger.

As such, it’s difficult to really evaluate Arteta as yet. This summer will be significant for shaping the squad for the next five-plus years with the wage bill having been cut significantly with the departures of Aubameyang and Lacazette.

It might be the end of 2022/23 when we really get an idea of Arteta’s managerial ability against the best in the league. It might be another 12 months from then.

The manner of their 2021/22 demise was a point of frustration, and Arsenal have put in some poor performances against their supposed peers, but is this team any better than fifth right now?

Arteta has not dazzled in his first 131 matches in charge, nor has he underachieved. The semi-final and final wins in their FA Cup triumph could be viewed as a taster of what he could produce with a deeper, more talented squad.

Alternatively, a counter could be made that finishing ahead of a dysfunctional Manchester United and distracted West Ham is barely an achievement. Being any lower than fifth would have been a very poor season.

Fans might grow impatient with Arteta, and understandably so. It is unusual in the 21st century to say a manager needs more time with over 130 matches at the club, but a glance at Premier League predictions for next season shows how far Arsenal need to go.

Arteta hasn’t been perfect, though that’s no surprise for a man who arrived with no managerial experience. It has been a slow process nudging Arsenal back towards the top four.

While others (such as a certain Italian at the Premier League’s other north London club) might have brought better short-term results, Arsenal invested in a long-term vision with Arteta.

There are shoots of progress both in his management and the development of their under-25 core. It was never going to be a quick fix, and Arsenal risk undermining all the work over the last couple of years if they change course this summer.