Bukayo Saka to Manchester City: A Move That Would Hurt Arsenal More Than Boost Blues

Saka to Manchester City is one of the transfer stories of the summer but would it be a good move? Our writer discusses a potential switch to the Etihad Stadium 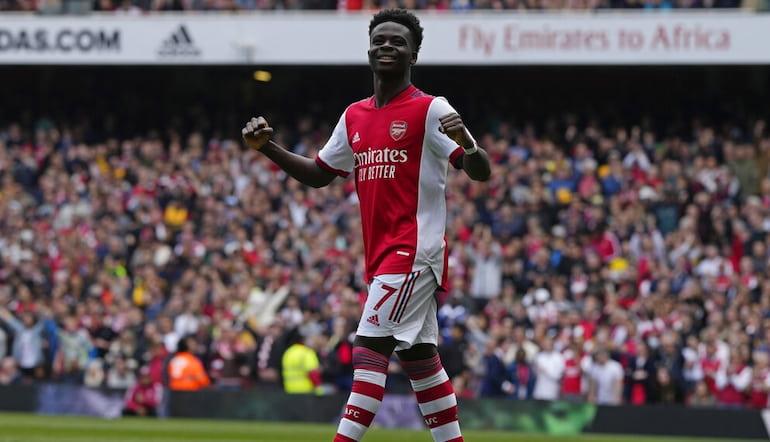 Was there any truth in the Saka to Manchester City rumours? @SamRCox_ gives his view on the potential transfer...

Arsenal are under pressure to secure a new deal for England international Bukayo Saka. His current contract could expire after the 2023-24 campaign, and Manchester City have already been linked with the 20-year-old.

A move for Saka this summer is deemed improbable, yet there are widespread reports that City and several other clubs are monitoring the situation.

Arsenal have been in a difficult position by other key players running down contracts in recent years – they will desperate to avoid a repeat with Saka.

Missing out on the Champions League could hamper their negotiations with the youngster, particularly if football betting favourites like City and Liverpool are lurking.

Saka has been at the forefront of the Mikel Arteta project. A homegrown talent who has been at the club since he was seven years old, the Ealing native is seemingly content in north London.

City are a very real threat to that apparent happiness, however, and the Gunners will be in an almightily difficult spot if they cannot extend Saka’s contract.

Should this season pass without an extension, Arsenal may be pushed towards letting Saka leave at a cut price.

There is a whiff of Bayern Munich in these Manchester City and Saka links. Bayern have maintained their Bundesliga dominance by picking off the best players from around Germany.

City doing the same with Saka, after signing Jack Grealish last summer, would be an ominous moment for the rest of the Premier League.

City Move Could Be Perfect

City have talked down links to Saka with a source telling the Mirror there is ‘nothing in the rumours’.

The fact they are not making a move right now doesn’t mean they won’t in the future, though, and it’s increasingly hard for players to turn down Pep Guardiola’s team.

It is not just an opportunity to earn an enormous sum. This would be a move to play under one of the greatest managers of all-time, and to play in an environment that has proven a wonderful place for player development.

Guardiola was criticised at points for his use of Phil Foden, but his progress at the club is a blueprint for Saka to follow if City do come calling.

On the other side of the argument, Arsenal’s fans would gesture towards City’s wealth of attacking talent as a block to minutes for Saka.

Where he is the lead man of Arsenal’s youth revolution, he would be no more than a squad player at the Etihad Stadium.

The guarantee of silverware, Champions League minutes and working with Guardiola is alluring. The prospect of becoming a club icon at Arsenal has its merits, too.

Perhaps a year passes and the outlook at the Emirates is markedly different, making it an easier decision in either direction.

As it stands, though, the Gunners are not in the same stratosphere as City. Silverware is a slight possibility rather than a certainty.

The calibre of teammates is barely comparable, and City can blow Arsenal out the water when it comes to potential earnings.

Saka swapping the red and white for light blue would be a greater negative for Arsenal than it is a positive for City.

They have already acquired Erling Haaland and Julián Álvarez in this window, while Riyad Mahrez, Foden, Bernardo Silva and Grealish would start for most clubs in the top five European leagues.

This transfer would be yet another reminder of how far off the elite Arsenal are. It would set back the rebuild of the squad Arteta has undertaken, again demonstrating how the Gunners’ best players can be picked off by City.

It wouldn’t be the first time a crucial player at Arsenal left for the blue half of Manchester, yet this would be particularly hurtful given the money and time that has been invested in the Arteta era. 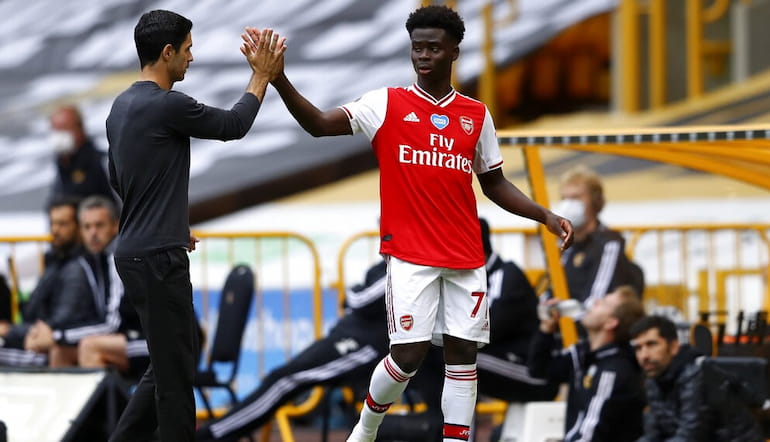 Saka might never be a sports betting candidate for the Ballon d’Or, but his development along with Gabriel Martinelli, Emile Smith Rowe, Albert Sambi Lokonga and others is what Arsenal are pinning their hopes to.

The Gunners reaching the next level, and closing the gap to the top two, relies heavily on their young talents continuing to improve.

For now though, Arsenal are not expected to be a top four team in most early Premier League predictions.

As Chelsea and Spurs spend considerably, Arteta’s squad needs sizeable investment to put themselves at the forefront of the race for Champions League qualification.

New signings are a necessity and generate fanfare. Nothing they do this summer, though, is as important as tying Saka down to a deserved, long-term extension.

Liverpool have signed Luis Diaz and Darwin Nunez over the last two windows, but they are still keeping an eye on the Saka situation.

Anfield waved goodbye to one of its favourites this summer in Sadio Mane, and there’s yet to be a resolution on Mohamed Salah’s contract. Roberto Firmino’s days are numbered, too.

While the Merseyside outfit are unlikely to compete with City on the wages front if Saka does become available, there could be a clearer path to playing time.

Like Guardiola, Jurgen Klopp’s supreme record with bringing the best out of young players could make Anfield a tempting destination for Saka if he opts to leave Arsenal.

Still only 20 and already a contender to start for England at the World Cup, Saka is bound to attract further interest if Arsenal cannot strike a deal in the coming weeks. Don’t be surprised if the biggest clubs from abroad come calling, too.