The 10 Most Watched Sports Events Of All-Time

What are the most viewed events in sports history? 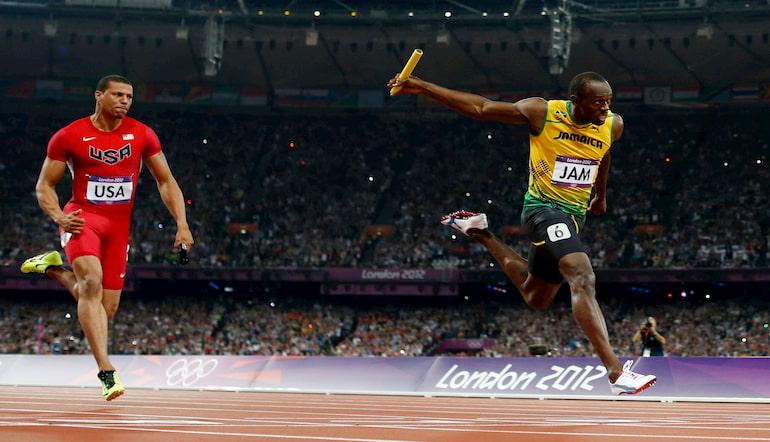 The most watched sports events in history centre around the two biggest occasions in sport: the Olympics and the FIFA World Cup. They are two truly worldwide spectacles, two prolonged festivals of sport that celebrate the best across the planet.

It’s not often athletes from all over the world compete in one tournament, but the Olympics and World Cup provide just that. They are captivating viewing whether looking for online sports betting value or hoping to witness history.

From Germany’s thrashing of Brazil to Usain Bolt’s world records, they are the iconic moments, the storylines that are remembered for decades to come.

Starting with the 3.2 billion who watched the 2014 Brazil World Cup, here are the 10 most-watched sports events of all-time.

The crowning glory for a magnificent generation of German footballers, the 2014 World Cup was best remembered for high-profile exits.

That great Germany side dismantled Brazil 7-1 in the semi-final, while reigning world champions Spain, England and Italy all fell at the group stage.

James Rodriguez was the tournament’s top scorer with six goals, a display which earned him a big-money move to Real Madrid. He was the breakout star, but Colombia didn’t make it past the last eight.

The first World Cup hosted in Africa, the month of football in South Africa wasn’t the best on the pitch, but the atmosphere in the stands was always brilliant. The sound of the vuvuzela still rings in the ears of football fans.

Spain became the first European team to win a World Cup outside their home continent, defeating the Netherlands in the final.

The most famous knockout stage moment came via Luis Suarez’s hand as Uruguay eliminated Ghana in the last eight.

Holding their second World Cup, and first since 1998, France attracted 3.4 billion viewers in 1998 as Zinedine Zidane led them to become world champions.

The mascot Footix is recognisable to this day, though the bizarre situation with Ronaldo before the final is what most will remember from the 1998 World Cup.

The Olympic games returned to where its first event was held for the 2004 edition. Athens welcomed over 10,600 athletes for over 300 medal events.

World and Olympic records tumbled as the United States once again topped the medal table. The host nation Greece were down in 15th, five places behind Great Britain.

Australia hosted the Olympics for a second time in late-2000. Sydney’s harbour was the predominant image of the games, with every event apart from football matches taking place in the city.

Beach volleyball, softball and mountain biking debuted at the Centennial Olympic Games in Atlanta. It was a massively successful games for the host nation, who topped a non-boycotted Olympics for the first time since 1968.

Andre Agassi became the first player ever to add a gold medal to a career Grand Slam and Donovan Bailey set a men’s 100-metre world record.

A captivating open ceremony to the Beijing Olympics was fitting for what is considered the most expensive Olympics of all-time. A longest ever torch relay was equally appropriate for what, in so many ways, was a record-breaking 16 days of sport.

Usain Bolt set a world record in the men’s 100 metres as he erupted onto the world stage as one of the biggest stars in sport. American swimmer Michael Phelps had an even more successful time in China, however, winning eight golds.

Always a massive time for online football betting, the 2018 FIFA World Cup was controversial in many ways, but it produced some good football and an entertaining final as France beat Croatia 4-2.

England’s Harry Kane followed in the footsteps of Gary Lineker to win the Golden Boot, while Croatian midfield magician Luka Modric was awarded the Golden Ball.

Once again the USA led the medal table in Brazil, but Great Britain had a spectacular couple of weeks, finishing second and becoming only the second country ever to increase its medal tally in the Olympics after hosting.

Simone Biles captured the world’s attention as she collected five medals, while Mo Farah recovered from a mid-race fall to retain his 10,000-metre title.

The most-watched sports event ever, London’s 2012 Olympics featured a spectacular opening ceremony courtesy of Danny Boyle, and saw Michael Phelps become the most decorated Olympian ever.

A 49-hectare Olympic Park was built in east London, which has since become the home of West Ham United.

Sports Betting Tips
About the Author
By
Sam Cox