Andrew Flintoff Net Worth – How Much Is Freddie Flintoff Worth?

Andrew Flintoff has made a decent living from cricket but how much is his total net worth? We look at the TV sports personality and how he's boosted his wealth... 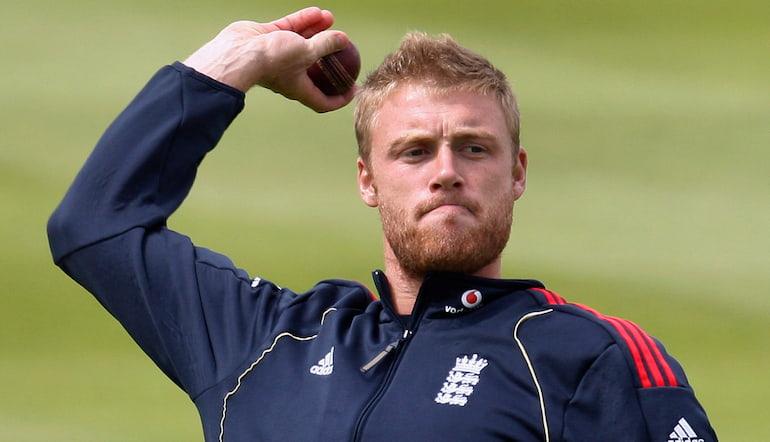 Despite not appearing in cricket odds for England since 2009, Andrew Flintoff is still one of the most famous people in the country.

His place in English cricketing history is secure forever, and he has built a further reputation on television away from sport. Those who look for cricket betting tips will occasionally hear Flintoff in the commentary box.

For the most part, though, he has become known for other media work as a star of A League Of Their Own and one of the presenters of the new-look Top Gear on BBC.

From the story of his nickname to his brief foray into boxing, let’s take a look at Flintoff’s post-cricket life.

Celebrity Net Worth projects Andrew Flintoff to have an estimated worth of £15 million.

A successful international cricket career has been followed by years in the spotlight as a television personality and presenter.

From his early days with England, Freddie has been very marketable. Endorsements were flowing, particularly after the 2005 Ashes, which will have formed a large chunk of his net worth.

Who Is Andrew Flintoff’s Wife?

Andrew Flintoff’s wife is Rachael Wools. The couple got married in March 2005 in Knightsbridge.

A former model and entrepreneur, Wools ran an events company called Strawberry Promotions from the age of 19.

In fact, she even met Freddie at an event to promote her company at Edgbaston in 2002. 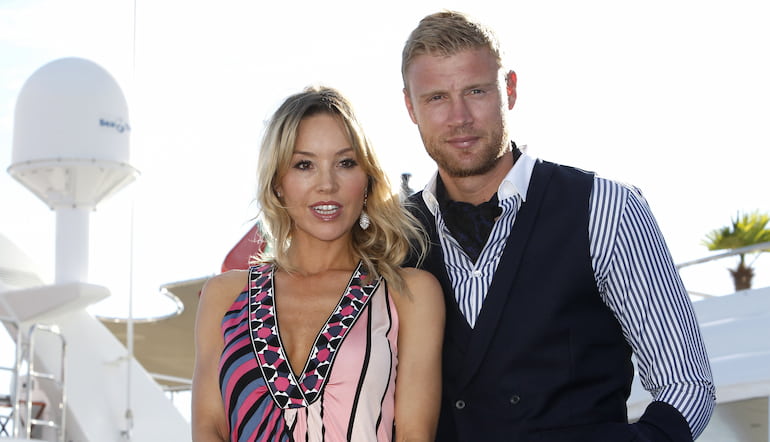 Wools sold Strawberry Promotions in 2006 to spend more time with her family.

While Flintoff is a recognisable figure as one of the most famous former England cricket captains, Wools’ public appearances have been much less frequent, though she appeared on TV to congratulate Flintoff when he won the Australian version of I’m A Celebrity.

Andrew Flintoff and Rachael Wools have four children together. Their fourth child, Preston, was born at Christmas in 2019. Preston was named after Freddie’s hometown.

His older siblings are Holly, Corey and Rocky. Holly is the eldest of the quartet, and after Rocky was born, it seemed like the couple were not going to have any more children.

Flintoff, speaking in 2016, said, “We thought about it. I originally wanted five but you have three and that felt like enough. I couldn’t go back to the nappy stage now.”

Only time will tell whether Andrew and Rachel stick with four kids.

Talking about Preston on TalkSport a few months after the birth, the former England captain said, "Little Preston was born at Christmas - it is the first time I've actually spoken about it.

"But yeah, we have got another baby and it has been nice spending time with him."

England cricket fans might also want to thank the birth of Flintoff’s children for his heroic performances in the 2005 Ashes.

Holly was born in 2004, and when he appeared on the First Time Dads podcast, Flintoff credited fatherhood for a breakthrough in his approach to sport.

"My career at the time, I started doing really well… "You start thinking, 'You know what? I'm dressed in whites, we're chucking a ball around and trying to hit it.'

"Although it WAS the most important thing, it now isn't. It frees you up, especially with batting. I started scoring a lot of runs because I wasn't bothered about getting out."

Having lived in Altrincham until recently, Andrew Flintoff and Rachael Wools purchased a mansion in Hale, Cheshire in the summer of 2021.

Originally on the market for £5.25 million, Flintoff is believed to have got it for a slightly lower price, partly because he’s good friends with the former owner, Phil Neville. 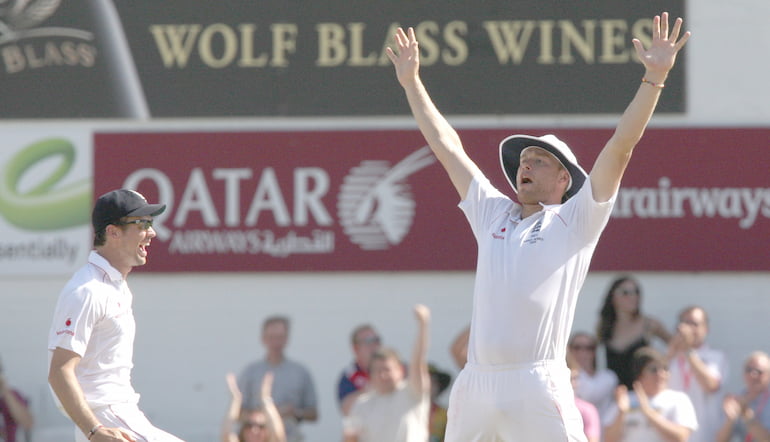 The ex-Manchester United utility man swapped Cheshire for Miami to take over as manager of David Beckham’s Inter Miami franchise in MLS.

From starring in the largest cricket stadiums in the world to a successful career in TV, Freddie clearly has the cash to splash on a property as luxurious as this with its swimming pool, cinema, home gym and underground car park.

Why Is Andrew Flintoff Called Freddie?

Andrew Flintoff earned the nickname ‘Freddie’ due to the similarity between his surname and that of Fred Flintstone.

The origin of the nickname has some different stories, however.

Some reports claim it was a childhood thing, while others give the honour to Flintoff’s Lancashire Second XI coach, John Stanworth.

Andrew Flintoff had a short, but ultimately successful, boxing career. It’s not how fans of sports betting will remember him, yet it’s an important note in Flintoff’s post-cricket life.

Freddie had just one fight. He defeated Richard Dawson in Manchester on a points decision in November 2012. As with anything Flintoff does, the fight attracted a lot of media attention.

Speaking to TalkSport in 2020, he revealed that the sparring is what put him off sticking with boxing long-term.

Flintoff said, “Bizarrely, I really enjoyed the training as I needed to get fit and sort myself out.

“It was the sparring I hated; I used to go in the gym every day and just get beaten up… I realised that this is probably not for me.

“I realised I wasn’t cut out for boxing when I was in a gym in Battersea; this lad had the afternoon off work to spar with me, a rugby lad, and I hit him good on the chin.

“His legs went and he was wobbling, and as Barry (McGuigan, Flintoff’s trainer) was shouting ‘FINISH HIM’, I put my arms around him and cuddled him to make sure he’s alright. I felt really bad.”