England Cricket Captains – Who Is The Greatest England Captain?

There have been some fantastic England cricket captains but who ranks as the greatest England captain of all time? 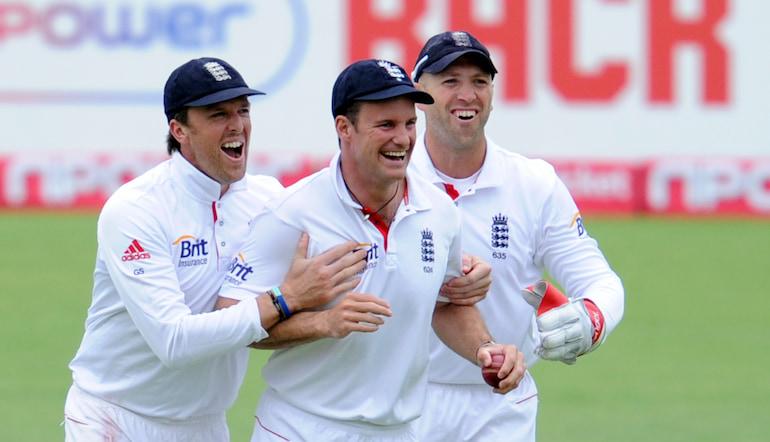 Cricket captaincy is more important than other sports. It is a ceremonial position more than a practical one in rugby and football.

In cricket, it is not only the nominal leader of the team, it is the on-field tactician, responsible for far more than leading the team onto the field.

A great cricket captain can change how people approach betting on cricket. English cricket captains have divided opinion over the years, and been wrapped in controversy, but the best have cemented their place in sporting legend.

The best captains are the face of their team. They lead by example and with personality, and they have played a pivotal role in the success of their group.

Cricket betting tips might focus on individual player performance. The best captains can inspire their players, but they can also make heat-of-the-moment decisions to alter the course of a match.

James Lillywhite was the first England Test captain. Lillywhite led England in two Tests against Australia in the 1870s, and a string of others tried their hand at captaincy over the following years.

The first widely recognised name to skipper England was W G Grace, who captained 13 Tests with eight victories at the end of the 19th century.

Andrew Stoddart, Archie MacLaren, Johnny Douglas and C B Fry were among numerous England captains in the early years of the 20th century.

Douglas Jardine, infamous for the Bodyline series, captained England for 15 Tests, winning nine of them. Jardine is one of the most famous names in the history of English cricket, and a pivotal figure in the Ashes rivalry.

A few years after Jardine, one of the greatest England cricketers took the captaincy. Wally Hammond’s success as a run scorer didn’t translate to leadership, unfortunately.

Norman Yardley and Freddie Brown had substantial stints as skipper after Hammond. The next iconic figure to lead the nation, though, was Len Hutton in the 1950s.

Soon after Hutton, Peter May took over. May led England to 20 Test wins during his stint, a record which made him England’s most successful captain until the 21st century.

Colin Cowdrey and Ted Dexter held the responsibility for much of the 1960s. Test wins were rare, however, and England struggled to regularly win matches under the leadership of Ray Illingworth, Mike Denness, and Tony Greig.

It all changed when Mike Brearley was in charge. Brearley was a masterful motivator, leading England to Ashes triumphs and getting the best out of their stars.

Ian Botham had an ill-fated spell in charge, and Bob Willis tried to mix the challenges of fast bowling and captaincy.

David Gower, Mike Gatting and Graham Gooch all endured substantial stints, but England were not a force, and the pressure of captaincy was not rewarded with victories.

Alec Stewart, Michael Atherton and Nasser Hussain guided England through the challenging 1990s and early noughties. Hussain set the bedrock for the glory Michael Vaughan enjoyed in the first part of the 21st century.

Controversy and headlines aplenty, Kevin Pietersen and Andrew Flintoff found captaincy wasn’t for them. Andrew Strauss had a long and brilliant tenure as England skipper before handing over to his opening batting partner, Alastair Cook.

England’s most successful Test captains by wins all played in the 21st century. This is mainly down to the increased number of matches per year.

Michael Vaughan’s 26 Test wins, at the time of writing, is tied with Joe Root for top of the pile. To be deemed the most successful, though, requires more than quantity of wins.

Vaughan masterminded England’s miraculous 2005 Ashes triumph, but his team crumbled soon after. Root became the first England captain since Vaughan to fail to win a home Ashes in 2019.

Andrew Strauss, with 24 wins in 50 Tests, is third by wins alone, and he took England to the pinnacle. They won in Australia, they conquered all before them, on their way to the number one spot in the world rankings.

Mike Brearley and Peter May registered the most wins in the 20th century. Brearley is perhaps remembered as England’s best pure captain, a man who could get the best out of Ian Botham and take on the Australians.

It would be unfair to miss Douglas Jardine off this section, too. Jardine’s Bodyline might not have been popular, but it helped England register a 4-1 win down under, a feat not many captains can rival.

With the international cricket schedule getting more intense by the year, England have split captaincy duties. Joe Root is the current England Test captain, while Eoin Morgan is responsible for the 50-over and T20 sides.

Morgan oversaw a complete revamp of England’s white-ball approach. The crowning glory was the spectacular 2019 World Cup win. Morgan is expected to lead England into the T20 World Cup – England are once again among the favourites.

Only recently turning 30, Root is destined to become England’s longest-serving Test captain. His captaincy comes in for criticism on occasion, but Root’s record is good.

After the disruption of 2020, 2021 is Root’s greatest challenge yet with a hectic schedule capped off by an away Ashes series in the winter.

There have been 30 different England One-Day International captains. 10 different men have led the England T20 side, with three players (James Tredwell, Moeen Ali and Alastair Cook) skippering the T20 side for one match apiece.

Morgan is by far the most successful in both formats. His 77 wins in 126 ODIs is far clear of everyone else – no other England ODI captain has won more than 36 matches.

While Paul Collingwood is the only captain to lead England to a T20 World Cup triumph, Morgan’s 30 wins in 52 matches is comfortably clear of the former Durham all-rounder’s tally of 17 wins in 30.