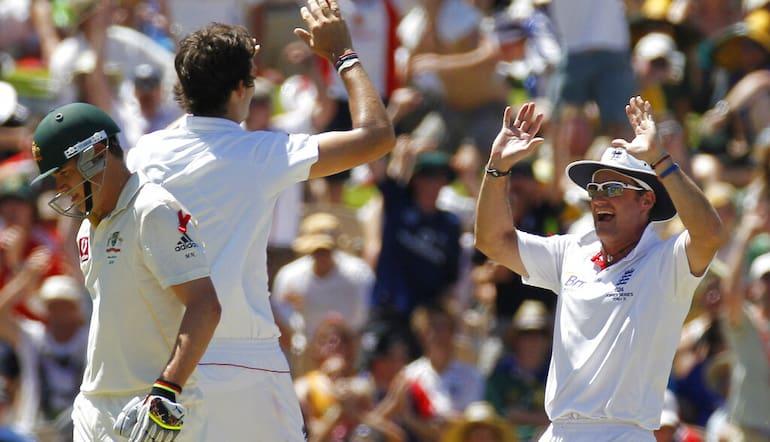 Andrew Strauss might not have the run tally of Alastair Cook or the iconic moments of Andrew Flintoff, but there’s no denying he’s a significant figure in the history of English cricket.

The Test team became the best in the world under Strauss’ leadership, winning in India and Australia.

Those who closely followed cricket betting were well aware of Strauss’ ability as a batter, too. He often saved his best knocks for when England needed it most.

How Much Is Andrew Strauss Worth?

Andrew Strauss net worth estimations vary from around £2 million up to tens of millions. It’s hard to know exactly how much Strauss earned through his career and how his finances have evolved since retiring.

Never featuring in IPL live betting or journeying around the lucrative T20 leagues, Strauss’ playing income was restricted to his central contract with the ECB and other sponsorship deals.

Strauss was partnered with Gray-Nicolls throughout his career, and appeared in other endorsement campaigns with England’s partner companies.

Since hanging up his spikes, Strauss has founded The Ruth Strauss Foundation and worked as Director of Cricket at the English Cricket Board.

He has also worked in an advisory capacity for the Rajasthan Royals, while also finding time to sit on the ICC Cricket Committee.

In parallel, Strauss founded a company called Mindflick to help teams and players improve their wellbeing and performance through the use of performance psychology.

Andrew Strauss was married to Ruth McDonald. The couple had two sons together, Sam and Luca.

Ruth tragically died from an extremely rare form of lung cancer in 2018, which led to the former England captain setting up The Ruth Strauss Foundation after a conversation with Glenn McGrath, who had also set up a foundation after the loss of his wife.

Day Two of the Lord’s Ashes Test in 2019 was a partner event for the foundation, with Strauss and his sons at the forefront.

Strauss said, “The Ruth Strauss Foundation day at Lord's is not only a celebration of Ruth's life but it will help raise awareness and vital funds to produce better research into rare forms of lung cancer.

"Through these donations we will be able to provide grants for research and offer families vital emotional and well-being support throughout their cancer journey.

“The support for the foundation has been brilliant so far, we had a fantastic turnout for the Family Mile back in May with over 500 people taking part including players from the England men's team. I can't wait to see Lord's turn red.” 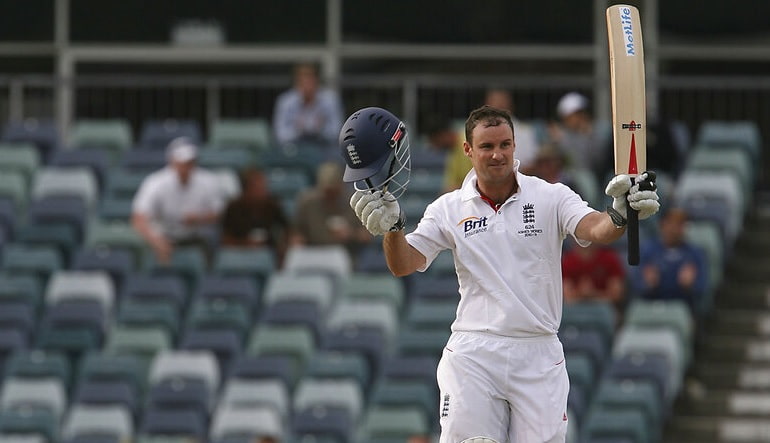 Turning Lord’s red has become a part of the English cricketing calendar. In 2021, over £1.2 million was raised for The Ruth Strauss Foundation.

On what is obviously an emotional day, Strauss thanked everyone involved for the support.

“From seeing children supported by our charity ring the five minute bell on Friday to Joe Root saying he was thinking about the Foundation during his incredible batting spell, to standing with Mark Chapman on the pitch sharing our stories of facing grief, this year’s Red for Ruth has been my proudest yet.

“Ruth would have been utterly humbled and delighted by the generosity of the crowds and the cricket family, as am I.

"Your generosity means so much to me but more importantly it means we can help even more families than we could have expected prepare for grief, death and dying. From the bottom of my and my boys’ hearts: thank you.”

Andrew Strauss was a victim of one of Shane Warne’s greatest ever deliveries in the 2005 Ashes. The late, great Australian was a fearsome competitor and rampant sledger – something Strauss found himself on the end of.

Speaking in an Amazon Prime documentary, Strauss recalled a time during the historic 2005 Edgbaston Test when he suggested Warne was struggling against Ashley Giles.

"Pretty humiliating, to be honest with you. You're kind of hoping your teammates back you up but everyone was just not engaging in that conversation at all."

Strauss continued, "He then turned round to me again and said 'listen mate, if you say another word to me I'll hit the next ball for six.'

"I went, alright then. 'Come on Gilo, he's really struggling against you here.' Bang. Over square leg for six. 'You gonna say it again, mate?'"

Of course, Strauss was in the early years of his international career at this point, long before putting himself in the conversation to be considered England’s greatest opening batsman.

Andrew Strauss played a pivotal role in England’s 2019 World Cup win from his role as Director of Cricket.

At the time of writing, he’s the interim ECB Managing Director. Strauss has also featured on Sky as a commentator and pundit, impressing in both roles.

His sporting legacy already stretches far beyond his centuries and captaincy, but that remains what he will be best remembered for by cricket fans. 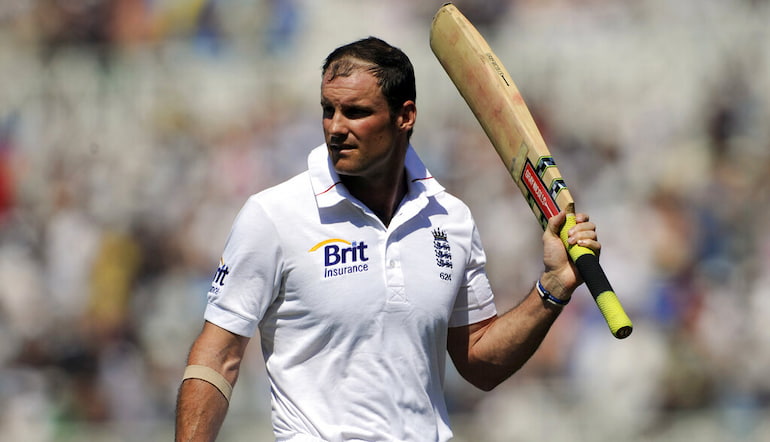 At the time of his retirement, only Michael Vaughan had won more Tests as England captain. Strauss remains the only England skipper to take the team to the top of the world rankings.

The former Middlesex opener lost just 11 of his 50 Tests as captain. Alastair Cook lost 22 of 59 and Joe Root suffered defeat in 25 of 63.

When it comes to England cricket captains, he is right up there with Vaughan, Eoin Morgan and Mike Brearley.

Strauss stepped down and retired from all forms of cricket after his 100th Test. He finished with 7,037 runs in the longest format and 21 centuries.