How Does Andy Murray Compare To Britain's Greatest Sportspeople?

Where does the three-time Grand Slam winner stand in comparison to the greatest sportspeople to represent Great Britain? 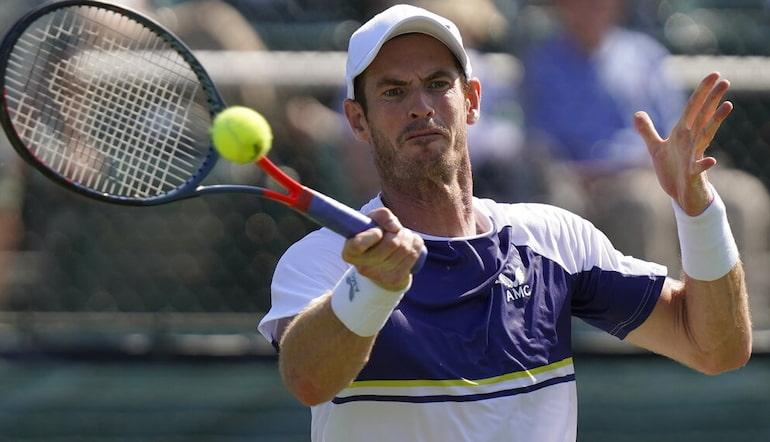 There are challenges with comparing athletes across sports. Weighing success in an individual discipline like Andy Murray on the tennis court against a rugby player, footballer or cricketer is difficult.

There’s also the risk of recency bias swaying the debate towards those who have peaked over the last few years.

Naturally, there are difficulties with pitting those from different eras against one another, too. Fred Perry and Murray played the same sport, but everything from racquets to travel and schedule have changed.

The same can be said for Lewis Hamilton and Stirling Moss, for Ian Botham and Ben Stokes, for Harry Kane and George Best.

Certain names are always in the conversation to be deemed the greatest British sportsperson.

Murray’s days as a Grand Slam favourite in tennis odds are behind him, yet however his career concludes, he is in that select group alongside Hamilton, Moss, Botham, Stokes and numerous others from Mo Farah to Tanni Grey-Thompson, from Jason Kenny to Steve Redgrave, from Ronnie O’Sullivan to Jonny Wilkinson.

We will not see Murray feature in live betting of a Wimbledon final again, and while others are in the discussion to be considered the greatest ever in their sport, Murray is not quite in that group.

Part of the reason for that, though, is the sheer standard of competition Murray faced.

When comparing what Murray has achieved to that of other British greats, Federer, Djokovic and Nadal have to be taken into account.

In any other era, Murray may well have been a 10-time Slam winner. The raw numbers, the hardware collected, is not enough to truly evaluate Murray’s standing in tennis history.

This further confuses the process putting Murray’s accomplishments alongside that of Hamilton, Farah, Grey-Thompson, Jessica Ennis-Hill and others.

Players in mid-late 30’s still competing in the Grand Slam race is amazing.

A 35-year-old Dad of 4 who has won 3 Slams, 2 Olympic golds, 1 metal hip and reached No.1, going to Newport, USA before Wimbledon ends to work for a US Open seeding. Extraordinary. Andy Murray.

He ranks a long way down the list of the most decorated men’s tennis players, but how does that get weighed up against Hamilton’s seven world titles? Redgrave’s Olympic golds? O’Sullivan’s sustained brilliance?

It isn’t fair to reduce Murray’s legacy because of who he was up against. If anything, the fact Murray still achieved what he did enhances that legacy. It was, for a not insignificant period, a Big Four at the top of the men’s game.

There is no comparable circumstance for Murray. Hamilton wasn’t fighting with Ayrton Senna, Juan Manuel Fangio and Michael Schumacher.

Kenny and the vast group of successful British cyclists were favourites. Murray’s situation is almost unique, such has been the quality at the very top of men’s tennis throughout his career.

It’s reasonable to say Murray is the best British men’s tennis player. Does that alone put him alongside the top British sportspeople ever?

Tens of athletes can be inserted into the discussion. All the names previously mentioned are up there.

An argument can be constructed for everyone mentioned so far. They vary in strength, naturally, but each of the names included here have been the best in the world for a period. Murray checks that box too, of course. 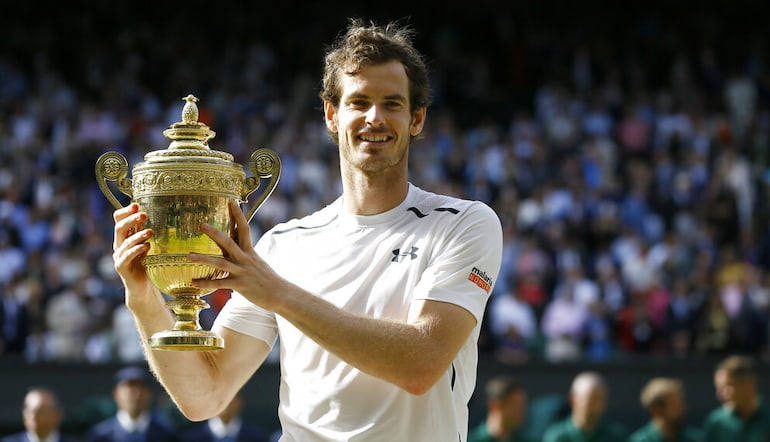 But where Hamilton has rewritten Formula One’s history books, O’Sullivan has done the same in snooker, and Kenny is the most decorated British Olympian, there are 17 players in the Open Era with more Slams than Murray.

From the early part of the 2010s through to when injuries hit in 2017, Murray was a force.

Tennis peaks are shorter than in many other sports, with Federer, Djokovic and Nadal proving to be an exception to the rule, but where Murray resides in the history of his sport has to be relevant when comparing to those who have such a collection of records to their names.

Placing Murray Among the Greats

It takes a leap to say Murray is the greatest British sportsperson.

Neither the longevity nor accolades are there to earn that honour, and that’s working on the assumption that it’s really possible to compare tennis players with Formula One drivers, cricketers, footballers or cyclists.

If there are 15 to 30 British athletes in the mix, Murray is in the second tier. Grey-Thompson, Hamilton, Farah, O’Sullivan and Kenny is one quintet unquestionably ahead of Murray, and there are plenty more that the case can be made for.

Breaking it down beyond achievements, though, Murray’s performances on the courts of Wimbledon will live long in the memory for millions of Brits.

His place in the country’s sports history is as secure as it could possibly be. Murray will forever be the man that ended the drought for British men at the All England Club.

Few others can boast an achievement as seismic as that, a glorious individual moment which also captivated the country.

Both provided a moment that will be remembered for decades to come, yet it is a stretch to include them in the exclusive club of the top 10 greatest British sportspeople.