Anthony Joshua Next Fight – Who Is AJ Fighting Next?

When is Anthony Joshua's next fight? Find AJ fight date news and more here at 888sport... 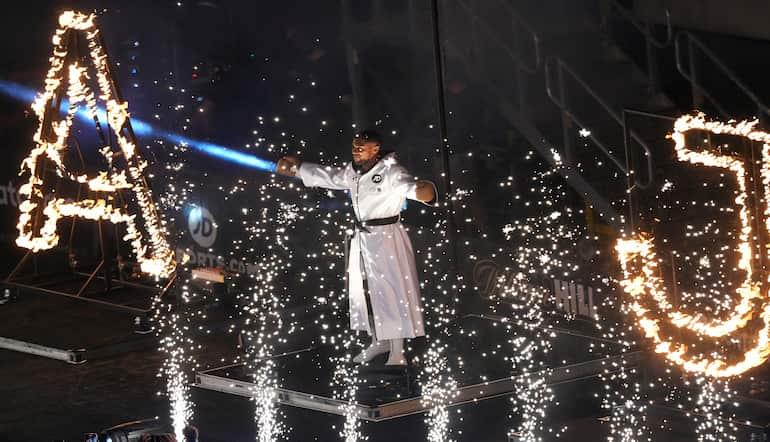 One of the biggest names in boxing, Anthony Joshua is a massive draw when it comes to pay-per-view fighting.

If you were building the perfect line-up for a boxing show, Joshua would be one of the top names on the bill.

Heavyweight boxing is always at the centre of conversation amongst fight night fans and those who enjoy betting on boxing will have seen Joshua fighting on the big stage.

Facing the undefeated Oleksandr Usyk in September 2021, Joshua slumped to the second defeat of his professional boxing career – and Anthony Joshua next fight news is likely to be regarding a rematch.

So if you’re looking to place a sport bet on AJ’s next fight, be sure to follow the latest boxing news and predictions here at 888sport.

Without further ado, it is time to look at the latest Anthony Joshua fight rumours for 2022 and beyond. Scroll down for AJ next fight date information and more…

Who Is Anthony Joshua Fighting Next?

It looks like Joshua will prepare for a rematch with Usyk – the British fighter was already discussing a potential second bout in his post-fight interview.

Even the most ardent Anthony Joshua fan will admit that Usyk dominated the bout, with the Ukrainian winning by unanimous decision on the judges’ scorecards. 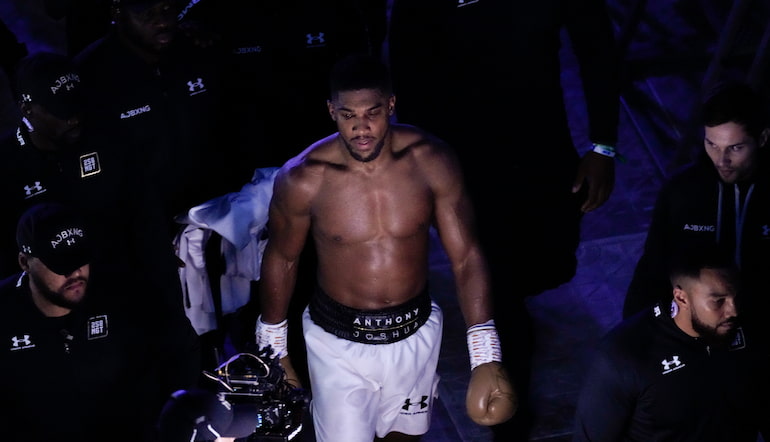 Should AJ get back in the ring with Usyk, you would imagine Joshua will change his strategy in a bid to combat Usyk’s speed and southpaw style.

Joshua may choose to come in at a higher weight next time. With Usyk making the step up from cruiserweight, it makes sense to try and take advantage of that heavyweight power in the next AJ fight.

Billed as the biggest fight in British boxing history, Joshua vs Fury was over before it had even begun. Joshua’s defeat to Usyk ends any chance of a bout in the near future.

The ‘Gypsy King’ is never going to be one to move around the boxing weight classes like many other fighters – Fury was born to be a heavyweight champion. 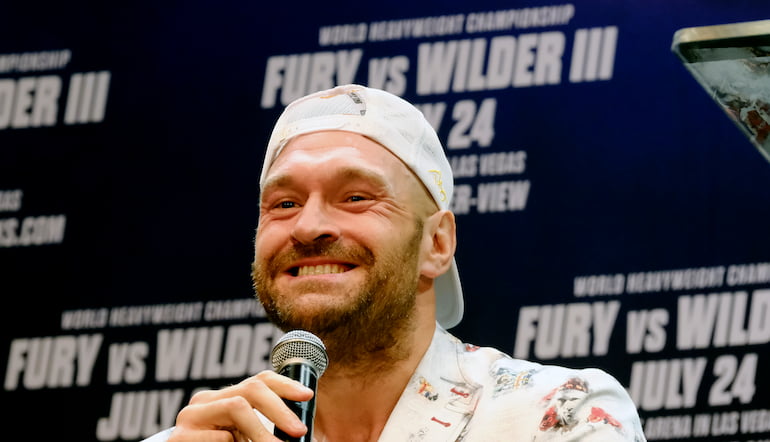 His story is legendary and he is now widely recognised as the People’s Champion – with his commitment to mental health attracting plaudits from boxing fans around the world.

Whether you like him or not, you simply have to admire Tyson Fury’s qualities in the boxing ring. Without a doubt, he is the closest thing to a modern day Muhammad Ali.

While Anthony Joshua’s next fight is now unlikely to be against Fury, we should never say never when it comes to these two titans of British boxing.

Rumours surrounding the next AJ fight date will be circulating the internet until we receive official confirmation from either boxing promoter.

Speaking in the aftermath of Joshua’s defeat to Usyk, Hearn confirmed that inactivity may have contributed to his performance – referencing a lack of boxing over the past 20 months. 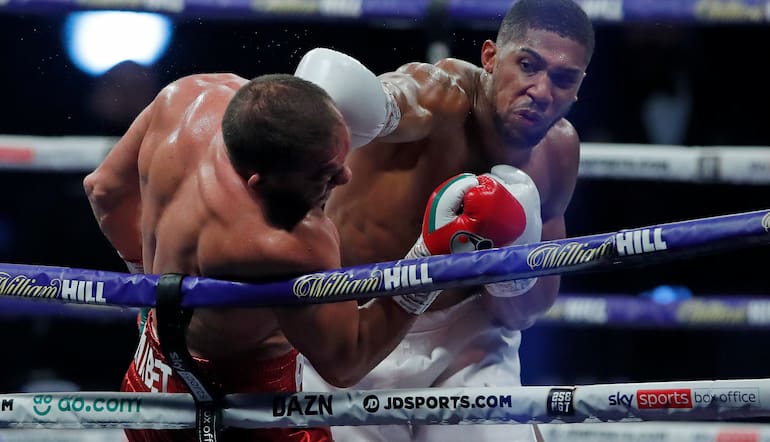 While Joshua himself is committed to a rematch sooner rather than later, Usyk has hinted at spending some time with his family after immersing himself fully in training camp.

However, Hearn confirmed that he will take a short holiday to switch off before getting back in the gym and discussing the official Anthony Joshua rematch date.

In an interview with IFLTV, Joshua’s promoter Eddie Hearn confirmed that the location for a potential rematch has yet to be agreed.

However, Usyk – as the new champion – may wish for the bout to take place in his native Ukraine rather than in London, though he has plenty of experience fighting abroad. 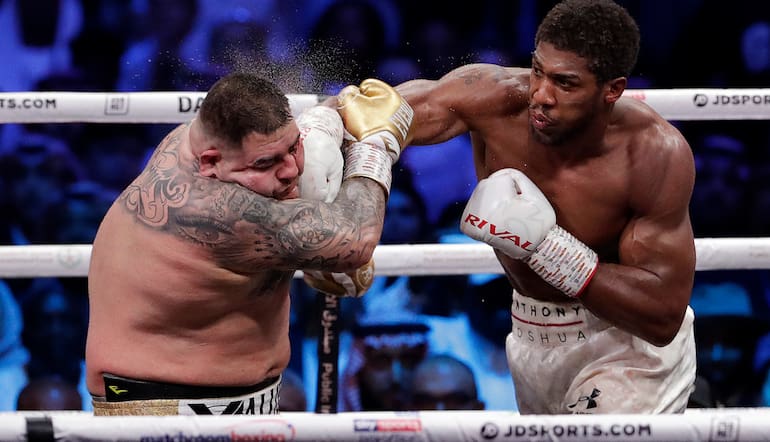 As of September 2021, Anthony Joshua has fought in England, Wales, Scotland, the United States and Saudi Arabia. Could we see AJ’s next fight in eastern Europe? Only time will tell…

His jet-setting career has contributed to the total Anthony Joshua net worth figure though his share of the purse as challenger is likely to decrease for the rematch.

Once confirmed, 888sport will offer betting odds on Anthony Joshua’s next fight. If it is indeed a rematch with Usyk, you can expect AJ to be priced as the underdog.

Joshua was the red hot favourite to beat the Ukrainian in September 2021 but the British fighter was comprehensively outboxed and that will be reflected ahead of the rematch. 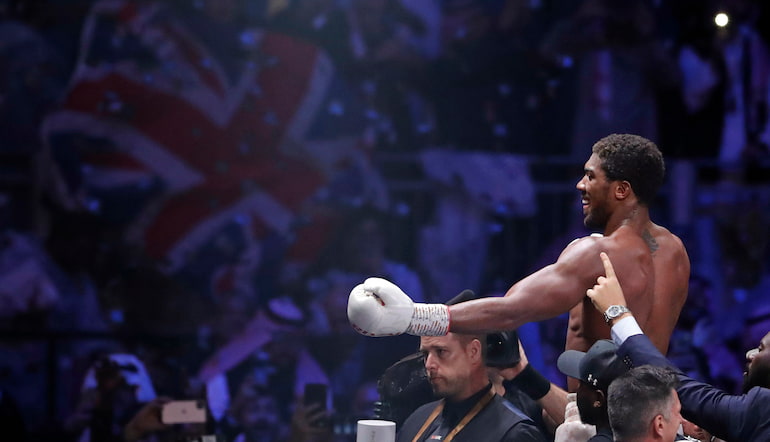 It is important to remember though that Joshua boasts one of the most powerful punches in heavyweight boxing and he is more than capable of avenging that defeat.

Punters wishing to hold off and place an in play bet on the fight can do just that – whoever is confirmed as the opponent in the next AJ fight, it is sure to be a popular bout with boxing fans around the world.