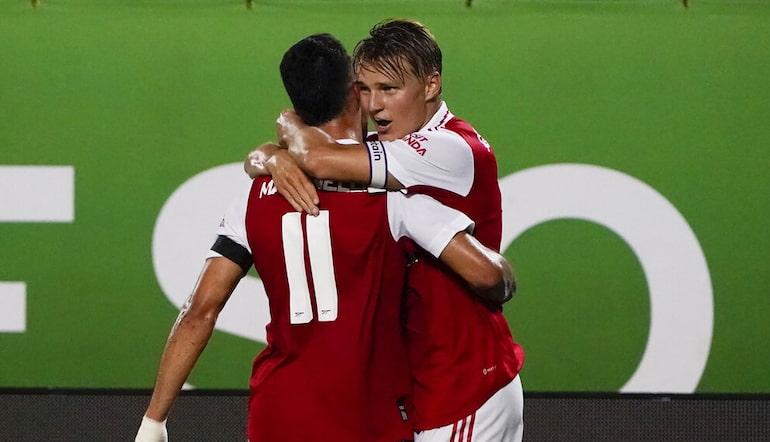 Knocked out of the League Cup, league leaders Arsenal will be more locked in for the trip to Molineux on Saturday night. The Gunners are Premier League betting favourites at a price of 8/15 to win the match.

Wolves are waiting until after the World Cup for the arrival of Julen Lopetegui. They have the Premier League’s worst record since the start of October. While too early to say they are doomed, and the squad has enough talent to turn things around, this is a team devoid of self-belief and still alarmingly short on goals. They have scored just eight goals through 14 matches.

However, Wolves are mid-table by expected goal difference, with a better mark than Chelsea. There is a sense that this is a team due for some regression. At the same time, the personnel is limiting their ceiling at the moment, and they have taken a lone point from the last 12 available.

Able to put the League Cup in the rearview mirror, Arsenal are rolling after a pivotal win away to Chelsea. Mikel Arteta has been fortunate that the spine of his team has remained healthy, and they have shown resilience of late to get back on track after a couple of disappointing results. Previous Arsenal teams would be vulnerable to an upset here, yet this iteration of the Gunners has proven they can get results in tricky circumstances.

While Wolves’ attack is bound to improve at some point, they have their work cut out here with the form of William Saliba, Gabriel and Thomas Partey. Arsenal to win this one to nil is the standout bet at 13/8.

Bet on Arsenal at 888Sport

888Sport is home to all your latest Arsenal odds for the 2022-23 season. The Gunners are competing on four fronts as Mikel Arteta looks to build on a solid 2021-22 campaign.

Will this be the year Arsenal return to the top four? Could Arteta be one of the managers under pressure early on?

From odds on upcoming matches through to an array of outright betting markets, 888Sport has you covered for all your Arsenal betting teams in 2022-23.

Arsenal to win the Premier League is a wager only the most ambitious of Gunners’ fans will make for 2022-23.

It’s all about Liverpool and Manchester City in the title race, and preseason betting markets also give their London rivals Tottenham and Chelsea a better chance at lifting the trophy. The Gunners are way out at 33/1.

If you’re after an Arsenal outright bet to make for 2022-23, looking at a top four position is a way to go.

Their collapse towards the end of last term meant they missed out on Champions League qualification, and bookies are once again favouring Chelsea and Spurs to take the final two spots.

Arsenal, though, could represent value at 29/20 if their young players continue to develop and Gabriel Jesus hits the ground running.

Having won the FA Cup back in 2019-20 under Arteta, some will also take a look at the domestic cup markets. Arsenal are again outsiders for the EFL Cup and FA Cup, with all of the rest of the top six awarded shorter prices.

Finally, it will be fascinating to see how Arteta approaches the Europa League. Is it viewed as another route into the Champions League?

Or will the Spaniard treat it as no more than a distraction? The Gunners are second favourites with 888Sport to win the Europa League.