Arsenal U23 | Guide To The Arsenal Youth Teams

The Arsenal under-23 team is one of the best youth squads in English football. How much do you know about Arsenal U23?

Arsenal’s Under 23 set-up is based at the club’s Academy in Hale End, London.

The Gunners have a long and distinguished history of respecting youth football that stretches back to the 19th century, first fielding a junior team in 1893, with an Arsenal A team for potential future stars running from 1929 to 1969.

The club have regularly been founding members of new leagues at various age groups, one example being the FA Premier Youth League created in 1997.

In 2012 Arsenal completely overhauled their academy structure, joining the Professional Development League for its inaugural season, replacing the reserves with an Under-21 team, and competing in the UEFA Youth League.

In 2016, the Premier League 2 was born, the first league specifically for Under-23 teams, one that Arsenal play in alongside 13 other clubs.

The team tends to consist of Under-21 players and the odd senior pro seeking match fitness. With Premier League wage bills crippling many clubs, the progression of academy players has never felt more vital.

Down the years, many Arsenal youth players have broken into the senior side and achieved success, at Highbury – and later the Emirates - and elsewhere.

In fact, their success rate at producing homegrown talent resembles a roll call of English top-flight legends with numerous renowned players such as Charlie George and Peter Storey coming through the ranks.

There can be no better example than Tony Adams, the long-standing club captain who over 19 years won four titles and a host of cups, in three different decades, earning him a statue outside Arsenal’s stadium.

Across one of their most successful eras, the likes of Martin Keown, Paul Merson and Ray Parlour also came through the academy, while Michael Thomas scored the iconic late goal that brought the title to Highbury in 1989. 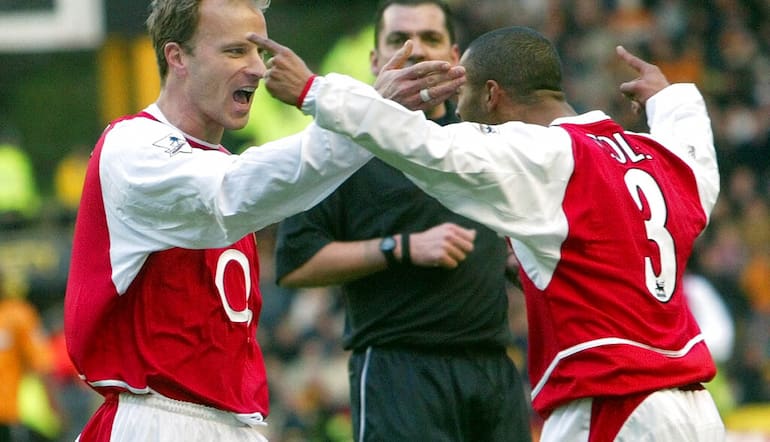 Ashley Cole, arguably the Premier League’s greatest left-back, learnt his trade at Arsenal’s academy, though he achieved much of his success at Chelsea.

There are plenty more who flourished away from North London, such as the goal-machine Andy Cole, while Serge Gnabry is one who definitely got away, currently ripping it up in a world-class Bayern Munich side.

In the last couple of years, two huge talents have broken into the first team and recently the England side too.

Those into online betting will be closely following the prospects and progress of Arsenal’s latest superstars in the making.

Academy staff at Arsenal have extremely high hopes for a number of the Under-23 squad, though not all develop solely on home turf, with many sent on loan to gain experience.

Players such as Tyreece John-Jules, Daniel Ballard and Matt Smith have all developed their skills playing elsewhere.

One player getting rave reviews is Miguel Azeez, an English midfielder on loan at Portsmouth. Azeez joined Arsenal aged just five and has already featured for the senior side against Dundalk and trained with the first team.

But it is fellow midfielder Charlie Patino that is getting fans really excited, due to his control, vision and ball-playing abilities. Remember the name.

Elsewhere, Kido Taylor-Hart is a boyhood Gunner whose progress was rewarded with his first professional contract in 2021. Renowned for his speed, confidence beyond his years and supreme technical ability, he is definitely one to watch.

And the list goes on, with many Premier League predictions tipping goals galore for forwards Mika Biereth and Folarin Balogun in seasons to come.

Ahead of the 2021/22 season, Arsenal legend Steve Bould left his role as coach of the Under-23 squad, ending a 30-year association with the club.

Charged with filling his sizable boots, Kevin Betsy was announced as his replacement, the 43-year-old earning his stripes in the England set up, having worked with many of the youth squads.

His experience with different groups was key to him securing this new role.

As a player, Betsy was a seasoned professional throughout the football league pyramid, most notably as part of the Fulham squad that twice secured promotion to the Premier League, and it was at Fulham where he began his coaching career.

Crucially, he has excellent guidance above him, with club legend Per Mertesacker appointed Arsenal’s Academy manager after retiring as a player in 2018.

With such a professional set up to guide the club’s youngsters, it may only be a matter of time before Arsenal’s next manager is promoted from within its ranks.

Academy players train at the Arsenal Training Centre, but the majority of their home matches take place at Meadow Park, the home of Boreham Wood F.C.

The ground has a capacity of 4.500, with 1,700 seats, a perfect size for games at youth level. Occasionally the team will play some of their bigger fixtures at the Emirates Stadium, with at least three games played there each season.

Meadow Park itself is in Hertfordshire and is part of a larger park and sports complex. Boreham Wood first played there in 1963, and it also hosts games for Arsenal Women and Watford Reserves.

The use of the ground by other teams has helped its development and in 2014 a new West Stand was opened. In 2019 meanwhile a new terrace was constructed, named after Arsenal’s historic North Bank at their old Highbury home.

Arsenal’s Academy has a proud history of not only developing young footballers, but claiming trophies along the way, though such success has been thin on the ground in recent years, despite some top-class talent breaking into the senior side.

Throughout their history they have won seven FA Youth Cups, the last in 2009, and six Academy League titles, these triumphs achieved by varying age groups, with Under-23 teams such a recent innovation in English football.

As a member of the first FA Premier Youth League in 1997, they secured the title in its opening season. They went on to win further titles at various youth levels as the leagues were subsequently split into different age groups.

With some top-class emerging talent on their books, football odds suggest more silverware is surely just a matter of time.