Liverpool vs Arsenal is a huge game in the English football calendar. But who comes out on top in Arsenal v Liverpool history, H2H record & statistics? 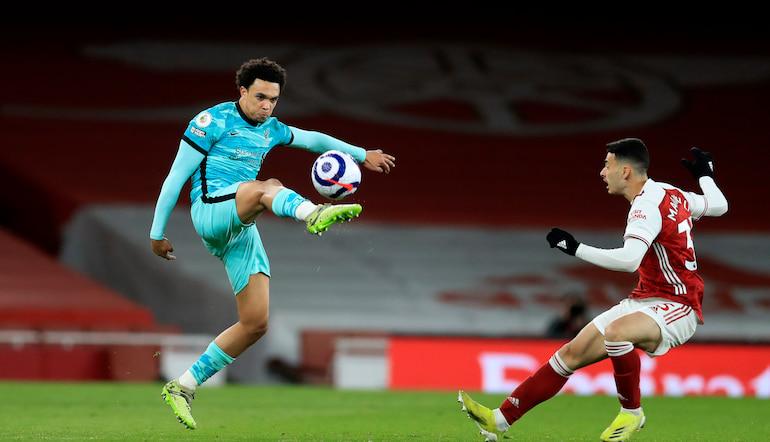 Two of the premier names in European football betting, Liverpool and Arsenal might not immediately come to mind as rivals. It doesn’t have the geographical edge of the Merseyside of north London matchups, but this contest is not short on history.

When it comes to European football tips, it’s all Liverpool. They are the most successful English club in continental competition.

Arsenal have come close on the biggest of stages, but they are yet to get their hands on the Champions League. Even when the Gunners were by far the stronger in this rivalry, Liverpool were the ones succeeding in Europe.

Given the prestige of the clubs, any Liverpool vs Arsenal fixture is a big live betting occasion. They haven’t often competed at the top of the table over the last couple of decades, but they are two of the best-supported teams in the country.

The pressure is always enormous at both clubs. Let’s dive into this rivalry of two teams located over 200 miles apart...

The 1988/89 title decider is the first match that will come to mind for many when they think of the Liverpool vs Arsenal rivalry. It’s one of the most dramatic moments in the history of English football.

Heading into the final day of the season, the teams were close enough that the clash at Anfield was effectively a shootout to be crowned champions. Arsenal needed to win by two goals to lift the trophy.

They not only achieved that, they did it in the most nerve-wracking fashion. Alan Smith put George Graham’s side ahead in the second half, but it was Michael Thomas who became the hero.

Thomas’ goal in the first minute of added time at the end of the second half sealed Arsenal’s first league title since their double-winning campaign in 1970/71.

In 2008, the teams met in an enthralling Champions League quarter-final. The tie ultimately went Liverpool’s way, but it wasn’t short on action with the second leg finishing 4-2.

This was followed 12 months later by a scintillating 4-4 draw in the Premier League. Andrei Arshavin’s four goals in the match (including three in the second half) will live long in the memory of Arsenal fans.

The classics have continued. There was a 5-5 match that went to penalties in the League Cup, and 60,000 watched a seven-goal thriller at the Emirates in 2016.

This isn’t a rivalry based on geography. It isn’t even founded in Liverpool versus London animosity.

While it doesn’t compare to many of British football’s fiercest rivalries, Liverpool and Arsenal have a knack for providing entertaining football. When two clubs have been so competitive on the field for so long, there’s always a slight tension between them.

Arsenal vs Liverpool Head to Head

Liverpool have a considerable advantage in the all-time head-to-head. This extends to the trophy cabinet, too.

With 19 league titles, they are six clear of Arsenal. Arsenal have just two European trophies in their history. Liverpool have three UEFA Cups and six Champions Leagues.

Domestically, however, the Gunners have the edge in the FA Cup stakes. They are the most successful team in the competition’s history, having lifted the famous trophy 13 times. Liverpool have only won it on seven occasions.

With the trajectory of these two teams, Liverpool’s 90 to 79 lead is only going to grow in the coming seasons.

The league results between Liverpool and Arsenal have been streaky.

Liverpool’s domestic dominance in the 1970s and 1980s coincided with a lot of wins over the Gunners, while Liverpool had a run of just two wins in 11 league meetings in the early noughties.

Liverpool have been the supreme force in recent years, but the Premier League era has not been so one-sided overall.

The Reds have 23 wins over Arsenal since the founding of the Premier League, a tally which has received a considerable boost over the last half-decade or so.

Arsenal have only 16 wins over Liverpool since 1992. That has been supplemented by a smattering of cup success, including pivotal FA Cup wins and a couple of Community Shield triumphs.

For teams who first met in league football in 1893, their all-time record is remarkably close. It speaks to the heritage of the two clubs, and the phenomenal consistency both have exhibited over more than a century.

Next Liverpool vs Arsenal match

The next Liverpool vs Arsenal match is at Anfield on 20th November 2021. Bound to be at the forefront of Premier League predictions, the Reds are looking to build a winning streak against the Gunners after doing the double over them in 2020/21.

Liverpool haven’t lost at home to Arsenal in the Premier League since 2012. There have been some heavy wins for Liverpool over that period, and it looks set to be a mismatch once again in 2021/22.

Next Arsenal vs Liverpool match

The next Arsenal vs Liverpool match is at the Emirates Stadium on 26th February 2022. Liverpool were unable to defend the Premier League trophy in 2020/21, but they won comfortably in this fixture last term.

All three goals were scored in the second half as Diogo Jota netted a brace either side of a goal for Mo Salah.