Do you agree with our basketball expert's picks? Here are his five contenders to claim a first NBA All-Star selection in 2019/20... 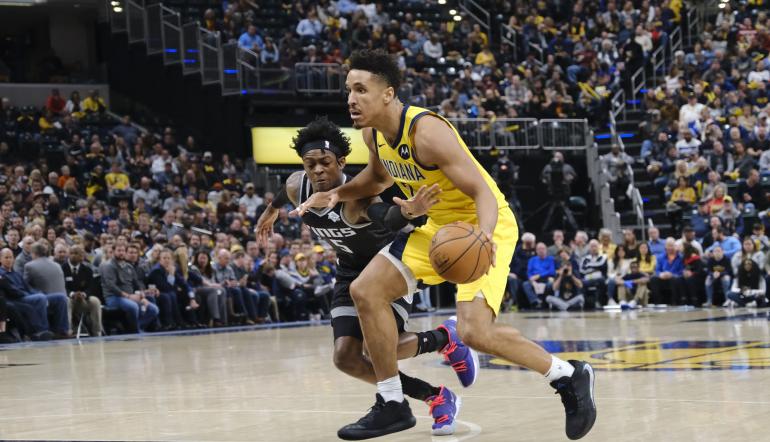 The NBA All-Star game might be no more than an exhibition for the world’s best to show-off their skills, but it is an important honour in any player’s career.

Being invited to the game that caps off the weekend featuring the skills challenge and dunk contest is something that sticks on a Basketball Reference page forever more.

There are plenty of locks for the All-Star game, but injuries to Klay Thompson, Kevin Durant, Kyrie Irving and Steph Curry have opened up more spots than usual.

While there will be plenty of familiar faces in Miami next month, there’s ample opportunity for players to break into that elite group and earn their first All-Star selection.

NBA betting tips didn’t consider these five to be MVP contenders at the start of the season, and some of them were even outsiders to make the All-Star game. All five, however, have a real chance at playing on Sunday night in Miami…

Taking the reins while Victor Oladipo remains sidelined, Malcolm Brogdon has seamlessly adapted from third or fourth option on the Bucks to the point guard and key man for the Indiana Pacers.

Indiana are, once again, exceeding expectations and Brogdon – along with fellow All-Star contender Domantas Sabonis – has led the way.

Indiana deserve at least one All-Star representative. It was hard to pick between Brogdon and Sabonis for this list, and there’s a decent chance both make the team.

Brogdon, a former Rookie of the Year, has seen his trademark efficiency drop, though that’s a natural consequence of taking up a bigger role and putting up more shots (14.2 per night this season compared to 11.7 last).

Only nine NBA players are assisting more per game than Brogdon’s 7.4.

The groin injury that has kept Pascal Siakam out since 20th December shouldn’t harm his chances. Such was his level before this absence, the Cameroonian forward should walk onto the Eastern Conference All-Star team.

Siakam is the reigning Most Improved Player and has a legitimate chance to win the award in back-to-back seasons.

Averaging 25 points per night with eight boards, Siakam has stepped into the alpha role with ease. Defences are scheming to stop Siakam, he’s under extra pressure every night, but it hasn’t halted his development.

The former 27th overall pick has thrived this year. Plenty of sports betting experts were low on the Raptors at the start of the season. Siakam’s performances a major reason why those predictions are looking silly now.

This one doesn’t really fit with ‘potential All-Star’. Luka Doncic is a lock – he’s the highest vote getter in Western Conference so far and will almost certainly be named a starter.

Following one of the top rookie seasons in NBA history, Doncic has taken a leap that few expected at this early stage in his NBA career.

The MVP race has edged slightly away from Doncic in recent weeks, with James Harden and Giannis Antetokounmpo the clear frontrunners.

With Dallas heading for a good playoff seeding though, Doncic could get force his way into the reckoning. The Slovenian has duelled with LeBron James toe-to-toe and is breaking all manner of triple-double records.

Doncic is a superstar, and his first All-Star nod will just be the beginning of a career with accolades aplenty.

Leaving the home of one of the greatest NBA dynasties to join a Pelicans franchise heading for a rebuild might not have seemed like a perfect career move.

It has worked out beautifully for Brandon Ingram, however, who has thrived in New Orleans with more responsibility.

Zion Williamson’s injury might have been a blessing in disguise for Ingram. The 2nd overall pick in the 2016 draft spent two years adapting to the NBA in a Laker uniform before a messy 2018/19 campaign trying to find a role alongside LeBron James.

Ingram has always had the talent to score, and he’s getting the chance to show it this season, averaging north of 25 points per game. He’s averaging career-highs in rebounds, assists and steals, too.

Adebayo has transformed into a do-it-all force, elite defensively and an explosive athlete. His passing, too, shouldn’t be overlooked (not many centres average 4.5 dimes per night).

The Miami Heat have been a bit of a surprise package this year, exceeding expectations thus far with Kendrick Nunn, Duncan Robinson and Tyler Herro all starring.

All have been impressive. Adebayo’s switchability on defence has helped Erik Spoelstra run out different line-ups, and his passing has made life much easier for those shooters.

A starting berth is extremely unlikely, such is the strength of the forwards in the Eastern Conference and the voting power of Celtics fans. Positions are disregarded for the reserve spots, though, and Adebayo should slot into one of those.