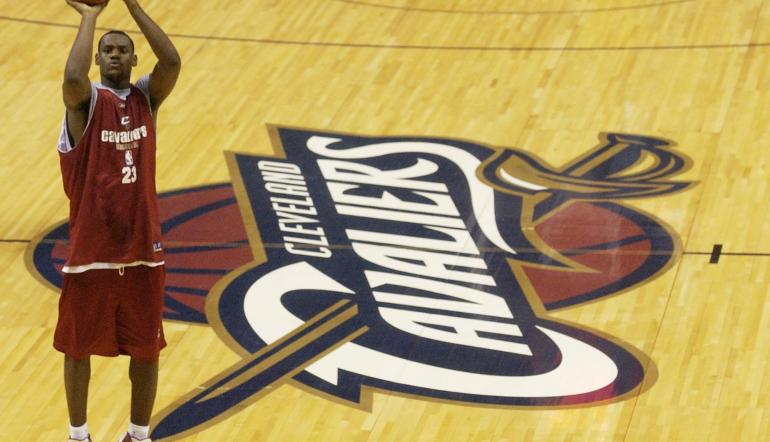 The first overall pick in the 2019 NBA draft, Zion Williamson, was one of our NBA players to watch this term.

Williamson is yet to make his NBA debut because of injury, but the consensus number one selection in the draft will still be eyeing up an all-time great rookie campaign.

Not every NBA superstar has starred in their rookie year, however. Many have battled early injuries, while plenty of others have taken time to adapt to the grind of NBA basketball.

Keeping up physically with an intense schedule and against adults can take a while. With that in mind, we have picked out the greatest NBA rookie campaigns…

Arriving at the Lakers as the first overall pick in 1979, the pressure on Magic Johnson to succeed was enormous. He did just that, however, winning Rookie of the Year and earning Finals MVP as he won the first of his five NBA Championships.

Johnson, more recently known for his messy stint in the Lakers front office, played for arguably the greatest ever NBA team.

As a point guard, there are few who can even come close to the standards he reached – and he showed that ability throughout his rookie year.

No rookie has ever bettered Wilt Chamberlain’s 37 points per game. Wilt The Stilt tops most NBA lists, and there’s a solid case he owns the greatest rookie season ever.

He started his career with eight straight campaigns averaging more than 30 per game, and unsurprisingly he won Rookie of the Year in 1959/60.

Chamberlain started his career with the Philadelphia Warriors and averaged 27 rebounds in his rookie campaign, playing 46.4 minutes per game.

The leading scorer in NBA history, Kareem Abdul-Jabbar started his career off as impressively as it finished.

Jabbar finished second in scoring – behind the great Jerry West – as a rookie, averaging just shy of 29 per game. The skyhook was as good as unguardable, allowing Abdul-Jabbar to dominate right from the off.

He went on to be named an All-Star on 19 occasions and won MVP six times. He was a six-time NBA champion too, with three of the titles coming after his 36th birthday.

Selected first overall in the 1968 NBA draft, Elvin Hayes was an instant star for the San Diego Rockets. He was the top scorer in the league and appeared in every game of the regular season as well as earning All-Star honours.

Hayes’ longevity was incredible – he played over 80 games in every season of his Hall of Fame career.

From first pick to the Hall of Fame, Hayes remained one of the best players in the NBA and his rookie campaign is among the best ever.

LeBron James is arguably the greatest player in NBA history. No player has entered the NBA with as much hype as James, and Williamson is the only player to come close since he entered the league in 2003.

James was the youngest player ever to score 40 in an NBA game during his rookie year on his way to over 20 points, just below six assists and 5.5 boards.

Still one of the best five players in the league, James’ Lakers are one of the favourites in this season’s NBA odds.

One of very few players to average a triple-double over a full season, Oscar Robertson fell just short of that epic feat as a rookie.

Only two players in NBA history have averaged more points per game as a rookie. He led the league in assists too with 9.7 per game, playing for a Cincinnati Royals team that won just 33 games.

Robertson was an extraordinary talent, leading him to the Hall of Fame with 11 All-NBA selections under his belt.

Iverson reinvigorated basketball in Philadelphia, though, his handles getting fans off seats and creating opportunities for teammates (he averaged over seven assists per game as a rookie).

Just a couple of years later, Iverson put the franchise on his back as he lead them all the way to the NBA Finals with one of the great individual postseason runs.

Taken third overall out of UNC, Michael Jordan entered the NBA for the 1984/85 season and quickly established himself as one of the best players in the league.

Even as a rookie, Jordan scored nearly 30 points per game and did it efficiently, scoring 51.5% of his shot attempts. He led the Bulls back to the postseason, though they were toppled by the Bucks in the first round.

His Airness had to wait three more years before making it past the first hurdle, when he was joined by his long-time All-Star teammate, Scottie Pippen.

The reigning Rookie of the Year, Luka Doncic was met with scepticism as a draft prospect. Despite dominating in EuroLeague, Doncic was passed on by the Phoenix Suns and Sacramento Kings and traded away by the Atlanta Hawks.

The Dallas Mavericks got their man, and Doncic delivered, immediately becoming an NBA star and delivering in clutch moments.

Doncic averaged 21-7-8 as a rookie and looks set up for an incredible career alongside fellow European star Kristaps Porzingis.

Everyone knew Tim Duncan was going to be selected first overall, but it took a unique set of circumstances for him to end up on the San Antonio Spurs alongside David Robinson.

Duncan’s arrival in San Antonio saw the Spurs return to the postseason with Duncan averaging just half a point less than Robinson while leading the team in rebounds and blocks per game.

A first season loss in the second round was a disappointment for Duncan, but he didn’t have to wait long for glory, winning the first of his four titles the following season.

Basketball
NBA
NBA Rookies
About the Author
By
Sam Cox