Is LeBron James the greatest of all-time? Our basketball writer looks at the NBA legend's career... 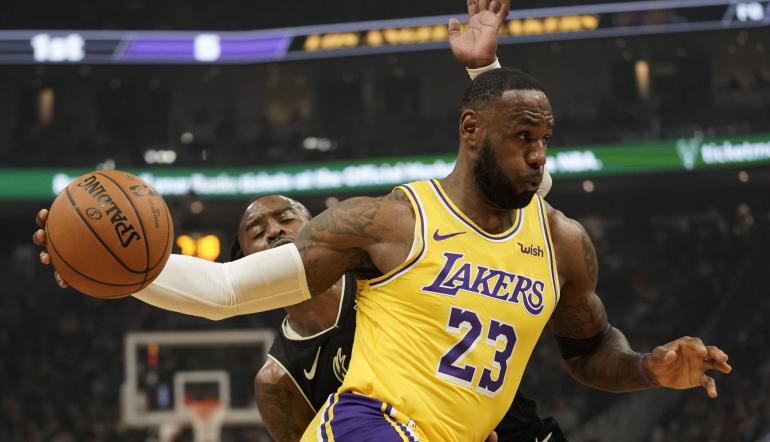 LeBron James is, at worst, the second-best player in NBA history. That’s a pretty good starting point for an athlete’s legacy.

James has been the best player in the NBA for, at the very least, a decade. The 2019/20 campaign was the first in some time when it has been doubted – James is still a strong contender to win MVP per 888sport’s NBA betting.

The debate over GOAT in the NBA pops up every few days, it’s a talking point that can been wheeled out on a slow news day, it provokes tribalism between team LBJ and team MJ.

Michael Jordan’s case as the greatest ever has been discussed on this very site. There are comparisons to be drawn between James and Jordan, but there are differences aplenty, too.

The way they play the game, their personalities and careers are far from identical. Universal respect is perhaps their greatest similarity.

Court vision and passing is one area that LeBron’s ardent supporters hold up in any debate. James is leading the league in assists at the time of writing and never averaged fewer than 5.9 dimes per game across a campaign.

Jordan’s best mark was eight per game, but his career average was down at 5.3, 0.6 lower than LeBron’s worst playmaking season.

James has a good case as the greatest passer in NBA history. He’s up there alongside career point guards Magic Johnson, John Stockton and Steve Nash.

The 2019/20 season has seen James become more of a facilitator than ever (sharing the floor with Anthony Davis tends to have that impact).

His ability to not just see crosscourt darts and behind-the-back hand-offs, but execute them, has produced some of the best passes in league history.

Teammates improve alongside James. Careers have been made, and big contracts earned, off the back of LeBron’s ability to find the open man. Shooters like JR Smith and Mario Chalmers ascend to key components. They have James to thank for their championship rings.

This isn’t a point of comparison with Jordan, but a nod to James’ role in bringing rosters together. Player turnover has created some turbulent times on James’ teams.

In his second stint in Cleveland, his leadership enabled a roster the Cavaliers to build the team spirit necessary to recover from going 3-1 down to the Warriors.

Since being drafted first overall in 2003, James has changed teams three times. All three moves have been met with fanfare, and the first was a difficult period in his life, such was the vitriol directed at him from Cavs fans.

Someone of James’ stature changes a franchise when he arrives, and that brings dressing room troubles too.

There have been bumps along the road (some spiky social media posts have caused problems), but he has united people, and brought the best out of teammates.

Dwight Howard’s rejuvenation on the Lakers is the most recent example of James’ leadership, and could prove to be yet another key component on a title winning team – the Lakers are one of the top teams in the NBA odds.

Only 11 players have played more NBA regular season minutes than James. Add the postseason to that, and he will be almost top of the list by the end of 2019/20.

Only Kareem Abdul-Jabbar, Bill Russell and Sam Jones have appeared in the NBA Finals more times than James. Abdul-Jabbar, Kobe Bryant and Karl Malone are the only players to have scored more points than James.

Playing for a long time is an achievement in itself but doing it to the level James has is unheard when you consider the athleticism he plays with and the pace of the NBA in the 21st century.

Like Jordan, James’ impact hasn’t just been on his teams. His move from Cleveland to Miami drew attention to the NBA, but it’s James’ efforts for player empowerment that have changed how the league works.

NBA stars feel they have control over their careers in a way that past generations didn’t. While that has led to criticisms of trade requests, there’s no overstating James’ role in the change of attitudes.

LeBron has been the face of the NBA for longer than anyone else. His legacy as a top two player in the league, and a member of any greatest NBA starting five, is secure.

Many already consider James as the greatest to play the sport, and that group is only going to grow over the final years of his career. Another title will make it almost impossible to argue against him.

NBA betting
LeBron James
About the Author
By
Sam Cox