Five of the best venues in NBA basketball - does your team's arena make the cut? 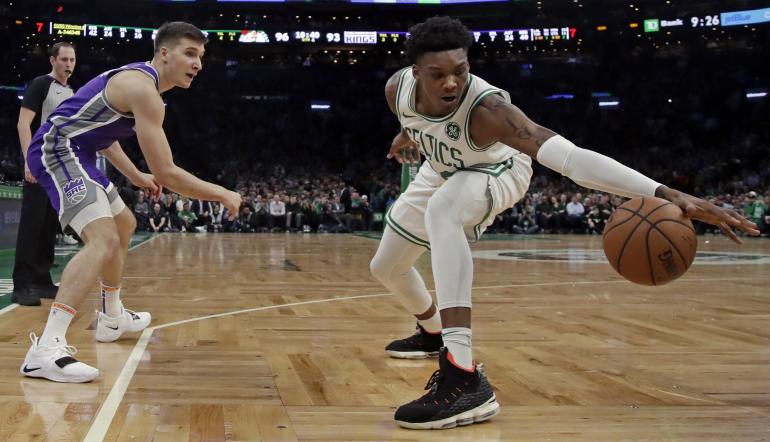 NBA venues are about putting on a show. The ‘how did he do that?!’ dunks, the mesmerising handles and highlight reel blocks are obviously a big part of it, but much of the entertainment is the venue itself.

Teams go out of their way to make it an experience that people will enjoy. The basketball still has to be good, of course, but some venues earn their way onto to bucket lists through history, through prestige.

Others, those newly built, will attract a different set of eyes, eyes of people who see it as the ‘place to be’. New arenas are built relatively frequently across the NBA.

Sometimes it’s because teams are changing their location, sometimes they just fancy a bright, sparkly new place to call home - and the additional revenue it brings with it. For a variety of reasons, here are the top venues in the NBA…

Okay, it’s a bit of a leap to put the Chase Center on here as it hasn’t hosted an NBA game yet.

It is a change for the Golden State Warriors, swapping their beloved Oracle in Oakland for the glitzy Chase Center in San Francisco, and there’s no hiding the fact this is about tapping into the Silicon Valley riches.

The Chase Center is just part of an immense complex. It perhaps alters the identity of the Warriors, taking them away from their roots in Oakland.

It remains to be seen what the new venue is like for basketball, and if it can come close to the earth-shaking atmosphere of Oracle. Golden State’s first year at the Chase Center will be different from their previous ones.

With Kevin Durant in Brooklyn and Klay Thompson injured, there is uncertainty over the Warriors’ chances this season. Steve Kerr’s team are way out at 14/1 to win the 2020 title in 888sport’s NBA betting odds.

Usually referred to as The Garden, the TD Garden has been Boston Celtics’ home since 1995, when it replaced the Boston Garden.

Hosting both Boston Bruins and Celtics games, it is the largest arena in New England, and has a wonderful museum of all of Boston’s sports teams.

When the TD Garden first opened, both the Celtics and Bruins struggled mightily. Perhaps fittingly, the drought ended when a Paul Pierce, Ray Allen and Kevin Garnett led Celtics defeated their old rivals the Los Angeles Lakers in the 2008 NBA Finals.

There was a rematch of that Finals matchup two years later, with the TD Garden hosting three games once again, but a Kobe Bryant inspired Lakers were victorious on that occasion.

The rafters at TD Garden are littered with retired numbers from Pierce to Kevin McHale and Larry Bird.

The oldest arena in the NHL and the NBA, Madison Square Garden is the most iconic venue in the NBA, and perhaps in all of American sports.

A big night at The Garden is extra special for any NBA player. The capacity for basketball is a shade under 20,000, making it significantly larger than Chase Center.

Home games for the Knicks haven’t been the happiest of occasions in recent times, but MSG will always attract tourists and Knicks superfan Spike Lee.

It’s location – in the heart of New York – adds to its value. While newer arenas are often built out of town, Madison Square Garden is no more than a short walk from other landmarks like the Empire State Building.

Despite a troubled few years for the Knicks, MSG is up there with Fenway Park and Wrigley Field as the most well-known sporting venues in the US.

While Staples Center isn’t as famed as The Forum, it is about to host the fiercest Los Angeles basketball rivalry ever.

Having the bonus of being home for two teams (despite a bizarre path to get to that point), you’ve got double the chance of catching an NBA game if you’re passing by Staples Center.

There are 10 statues outside Staples Center, though many of the players honoured actually played at The Forum.

The duels between the Lakers and Clippers in the 2019/20 NBA season are going to be epic. We might be heading for an all-Staples Center playoff matchup.

Home to one of the best buzzer beaters in NBA history just a few months ago, Scotiabank Arena generated an incredible atmosphere in the NBA Finals 2019.

Like Spike Lee at Madison Square Garden, rapper Drake is a common feature courtside at the Scotiabank Arena. Drake spends a fair amount of time talking to opposition players – he’s more than a fan, he is the cheerleader-in-chief.

It was loud in the arena for the NBA Finals and playoff run. Out at Maple Leaf Square, just outside Scotiabank Arena, the noise was deafening, particularly when Kawhi Leonard hit that four-bounce buzzer beater against the Philadelphia 76ers.

Maple Leaf Square became known as Jurassic Park. The Raptors are not expected to come close to defending their crown in 2019/20, but Scotiabank will be in a celebratory mood for most of the season after their first ever NBA title.

However, one thing is for sure - the atmosphere on opening night will be special.

Basketball
NBA
About the Author
By
Sam Cox