When should I use the Bench Boost in fantasy football? Our FPL bench boost chip guide gives you tips on when to activate this tool... 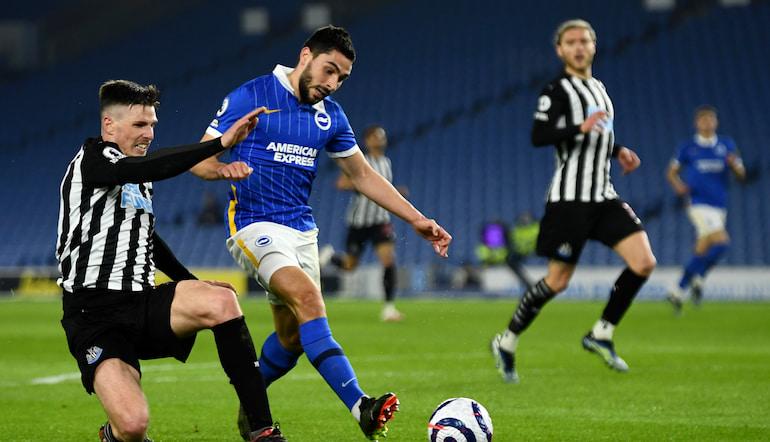 Your Fantasy Premier League bench is where you will find the four substitutes in your 15-man squad.

These players can be just as valuable as your first XI, as they allow you to replace injured or suspended players, an important factor when considering fantasy football transfers are limited.

Alternatively, your bench allows you to swap players according to form and the strength of the opposition.

Once a season however, you can really utilise the power of your bench by using the Bench Boost chip. This chip has been around for a while, and is a great way to temporarily gain an advantage over friends in your leagues.

What Is Bench Boost?

The Bench Boost chip is one of four bonuses available to fantasy football managers, and is a great way to target short-term gains and boost your points tally.

When playing this chip, all 15 players in your squad score points for that Gameweek as if they were all in the first team. You can only use the Bench Boost chip once during a season, so choose wisely.

You will not be able to use any other chips in the same week, but with forward planning you can organize your team to make the most of this bonus, using it when your squad is at its strongest.

We have all experienced the frustration of dropping a player to the bench, only for him to score a hatful of goals and with it gain points that you won’t receive, but that many of your rivals will.

But if you time it well, you can use the Bench Boost chip to gain an advantage on your competitors by not missing out on high-scoring benched players.

Some Fantasy Football players will plan for the use of the Bench Boost chip by using other bonuses in prior weeks.

A common practice is to use the Wildcard chip that permits a wholesale change of a squad, allowing the player to build a strong squad that is likely to score points throughout.

The downside to using a Bench Boost chip is that managers whose team has two games in a Gameweek may wish to rotate players and make full use of their squad to avoid fatigue and injuries.

This raises the possibility of some of your squad not playing both games. You need to try and pick a squad that are the least likely to be rested due to their importance to the team.

So when is the best time to play the chip? There are two situations that stand out.

Firstly, any time you have a fully fit squad is a good time to play the chip. After all, it is of little use if three of your four benched players are injured or suspended.

Even with a fully fit squad, you need to be confident that all your squad players are likely to be picked that Gameweek for their respective teams, and that many of them have agreeable fixtures too.

A striker in a newly-promoted team is less likely to pick up plenty of points if playing away to the league champions, as opposed to playing at home to a struggling side.

Secondly, the best time of all to use the chip is during a double Gameweek. Do your research and work out when these weeks may occur.

This way, your players have the opportunity to pick up points in two separate games, doubling the power of the chip.

Rearranged games are the most likely reason for teams to have a double Gameweek, but as you can only have three players from one team, ideally you need a week where multiple teams are playing twice.

Ultimately though, as with all chips, there is no definitive right or wrong time to play the Bench Boost. To help you give more of an edge, check out our other Fantasy Premier League tips.

Can You Play Wildcard and Bench Boost?

You cannot play them both in the same Gameweek, a rule that exists for all chips. You can however use the Wildcard in the previous Gameweek so that you have a squad that is in a better position to make use of the Bench Boost.

Planning ahead and seeking marginal gains in this way can see you shoot up league tables. Use our betting site to see what fixtures are upcoming, to give you the best chance of profiting from chips.

When To Play Bench Boost?

The best time to play a Bench Boost is when there is a double Gameweek for a number of Premier League teams.

This allows you the opportunity to gain points from all the players in your squad twice during a single week, rather than from just 11 players. Football betting sites are a great place to examine upcoming fixtures and plot your Bench Boost strategy.

Alternatively, you may wish to use the chip when you have a fully-fit squad, full of players likely to play that week, and with plenty of agreeable fixtures that present a good opportunity for them to score big.

It is also an easy way of avoiding a headache of picking a first XI when you feel everyone in the squad has a claim to be selected. Add in some clever FPL captain picks and you can really surge up the league table.

How To Play Bench Boost In Fantasy Premier League

It is very simple to activate a Bench Boost chip. Click the Pick Team tab, and below your squad you will see your various chips available for use. If you access your team using the FPL app, then the button will be above your squad, not below.

Click the Play button below Bench Boost to activate the bonus for that Gameweek. You will be asked to confirm that you wish to play the chip before committing to it.

Even then, you still get until that week’s deadline to cancel its use should you change your mind. The deadline for squad changes tends to be up to 90 minutes before the first Premier League game of the week.