What is the best Premier League away trips on the 2022/23 fixture list? Our man looks at the best away days in England's top flight 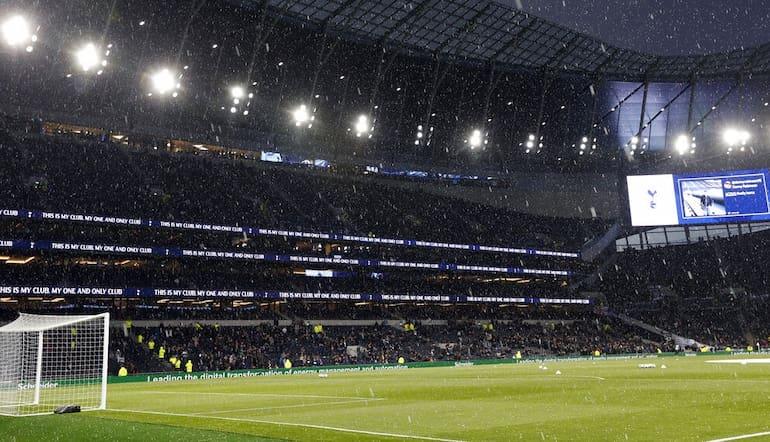 As any match-going fan will tell you, nothing quite beats a good away day.

There’s the early start and the buying of provisions. The banter on route, then experiencing a new city with unfamiliar pubs and eateries. The laughs and the memories made.

Frankly, the ninety minutes of football is almost a side-event.

Which is why when determining the very best away days in the Premier League, several factors come to the fore, that have equal standing to the thrill of watching a game in one of the best leagues in Europe.

A decent view is a big consideration, as well as easy access to and from the ground. The journey counts also, as too does the weather.

Seriously, the weather matters. At Brentford’s new stadium the sun glares down, half-blinding its visiting contingent, while Crystal Palace’s open concourse means you can be soaked right through before you’ve even taken your seat.

Atmosphere and affordability are the final factors, the former ruling out Old Trafford that is too full of photo-taking day-trippers. The latter means the pricey Emirates doesn’t make the grade here.

If you have never seen your side play on the road and you intend to put that right this season, these ten adventures should be topping your wish-list.

An unimaginable inclusion back in the day, when travelling to West Yorkshire was a downright scary proposition, but times have changed and thankfully for the better.

These days, Elland Road has retained its fiery and intimidating atmosphere but it’s just the right side of safe and with an array of fantastic independent breweries in the area, the local ‘refreshments’ are a pleasure to sample.

Better yet, if journeying by car, the views across the Pennines are nothing less than a joy.

This beautiful stadium, situated slap bang in the centre of the city, would be much more prominent on the list were it not for where the away fans are positioned, so elevated in the gods you can do a Jimi Hendrix and touch the sky.

After walking up a million steps even the fittest fan is out of puff and good luck doing that climb after a couple of Newcy Browns.

In every other regard however, Newcastle is a great jaunt even if it can feel like an endless trek back home if you encounter defeat.

Our Premier League predictions tip bright things for the Magpies this season following their transformative takeover so chances of a defeat are high.

The atmosphere isn’t typically great at Bournemouth, if truth be told, but that is more than compensated by the ground’s location in Boscombe, a leisurely stroll from the seaside.

A weekend of beer, ice cream and – sorry, Cherries fans – the likelihood of three points makes Dean Court a must and this is especially true if the schedule has been kind and pits your team against them early in the season when the sun is out or beyond March.

Away fans are stationed in this small but tidy stadium close to the pitch and that’s also a healthy plus.

A number of things count against Anfield, namely where it’s situated, among the narrow streets of L4.

From Lime Street station a short cab ride is fine but if travelling by car then parking can be a nightmare. Its location also means nearby hostelries are almost exclusively ‘red’ and even if locals are usually friendly that’s not ideal.

Lastly, what are the chances of you celebrating a victory on Merseyside? Jurgen Klopp’s side last lost at home in the league way back in March 2021 which partly explains why their Premier League odds for this season’s title are so short.

Still, the placement of the away fans is decent, behind a goal, and on a sunny afternoon – or better yet, on a barmy evening with the floodlights aglow – it always feels special to experience this iconic sporting arena.

Stamford Bridge is full of surprises and all of them welcomed.

The vast and impressive ground is easy to reach with numerous transport links close-by and once ensconced in the Shed End, lower tier, away fans find themselves sandwiched by vociferous elements of the home support, all the better for creating a lively atmosphere.

With unobscured views and comfortable seats, all the standard boxes are ticked.

At half-time, the bars and burger outlets are reasonably priced – especially by London’s standards – and then at the end of an enjoyable contest there are those transport links again to get you home in straightforward fashion.

Altogether, not a bad day out at all.

Three tiers of the South Stand is given over to away fans in East Manchester and even if Pep Guardiola’s fabulous side can easily ruin your day and make a mockery of your optimistic football bets, elsewhere visitors are well catered for.

What really sets City apart however, as a venue is where it resides in proximity to the city centre with Piccadilly just a short walk away, full of bars and eating establishments.

Parking is decent, even close to the stadium, but getting the train affords you the best of what Manchester can offer.

Padded seats and well-considered legroom are significant pluses for the 3000-capacity away support while a good number of pubs nearby that hold little stock with club colours makes an already enjoyable trip to the south coach that much better.

Situated just off the A27, with vast parking facilities, and with a train station a stone’s throw away that is directly connected to Brighton there is arguably no other ground in the top-flight that is easier to reach.

If the Amex is an example of modern stadia then we’re all for it because it appears to have been designed with supporters in mind.

The cardboard ‘clappers’ distributed to home fans may annoy but ironically it is the brilliant acoustics of the King Power that serves it so well.

That’s because packed into the corner of the bowl-like stadium away supporters can make one heck of a racket and be heard almost in Nottingham.

With football becoming ever-more cynical and tribalized, visiting this ornate gem of a ground is like going to see your nan, who gets the Fox’s biscuits out and gives you a fiver under protestation. Its existence makes the world a slightly better place.

What’s more, it’s a stadium that is improving further, with a revamped Riverside Stand set to open this summer.

An awful lot of thought and an awful lot of expense went into building Tottenham’s flagship new stadium and if the cost lends itself to banter, the due care and attention benefits away fans hugely.

The view from the second tier is sublime, close to the action but with an expansive vista while the food selection on the concourse – though a touch on the dear side – are far removed from a stodgy pie and lumpy gravy.

The whole experience all feels a bit special, like a treat, and there is absolutely nothing wrong with that.

Better yet, there is always the chance of spotting some celebrity football fans, with Adele and Michael McIntyre among the Spurs faithful.

They probably don’t hang around the away concourse though to be fair, no matter how nice the burritos and steak sandwiches are.