The 10 Best Players To Play For Inter And AC Milan

Inter and AC Milan are two of the biggest clubs in Europe - here are the 10 best players to play for both Milan clubs... 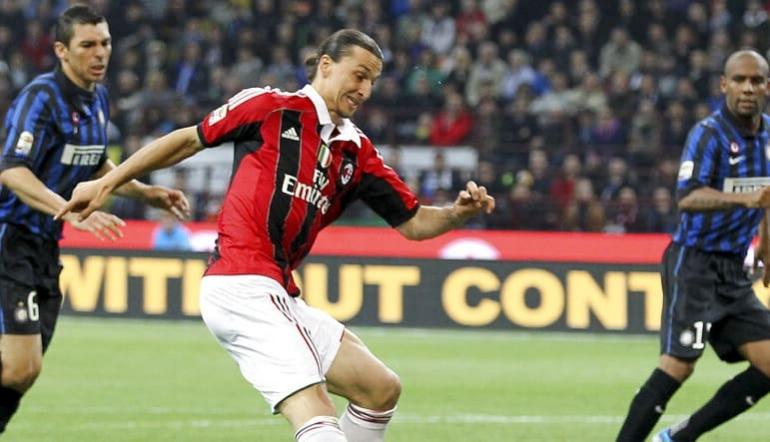 Serie A hasn’t been at the forefront of European football over the last decade plus.

Overshadowed by brilliant Bayern and Dortmund teams, the big three in La Liga, PSG’s riches and the Premier League’s super powers, Serie A has been on the back seat compared to its dominance of the 1990s.

Still, the league remains one of the biggest when it comes to football betting online.

Inter and Milan have had their struggles across the last few seasons, but they are still subject of headlines on a daily basis. We’re taking a look at the best players to have played for both of the Milan giants.

Having impressed for Cannes, even captaining the team as a teenager, Patrick Vieira joined Milan in 1995. He made just two first appearances for the club, however, before signing for Arsenal in 1996.

Of course, the Frenchman returned to Serie A when he left the Gunners. His time with Juventus was short-lived as a result of Calciopoli, though, and he switched to Inter in 2006.

Given his short time with Milan, Vieira’s move to Inter was not deemed as controversial as many others.

The former World Cup winner ultimately won four Scudetti with the Nerazzurri before signing with Manchester City in 2010.

Never afraid of controversy, Zlatan Ibrahimovic signed for Inter from Juventus in 2006, and won three league titles with the club alongside several individual honours.

The Swede was sent to Barcelona in a swap deal for Samuel Eto’o in 2009. His time in Catalunya didn’t work out, and he was loaned to Milan a year later.

The Rossoneri made the move permanent after Ibrahimovic had starred on the way to the 2010-11 Serie A crown.

Via PSG, Manchester United and LA Galaxy, Ibrahimovic returned to Europe for a second stint with Milan in 2020.

The Divine Ponytail was one of the faces of Serie A predictions during the golden years of the 1990s.

Roberto Baggio peaked with Juventus in the first half of the decade, but he was no slouch during his 1995-97 tenure with Milan and 1998-2000 spell with Inter.

Not as prolific or decorated as many others mentioned here, Baggio’s legacy goes far beyond medals and individual accolades. The 1993 Ballon d’Or illustrates what a talent he was in his pomp.

Baggio played with a verve, drawing comparisons to Diego Maradona, and produced moments of magic that have lived long in the memories of fans worldwide.

When it comes to greatness for both Inter and Milan, few can rival Clarence Seedorf.

Spending three seasons and amassing almost 100 appearances for Inter across the turn of the century, the Dutchman switched black and blue for red and black in 2002.

His place among the best midfielders of the 21st century was secured, as was a spot in the FIFA 100 and the Milan Hall of Fame.

His role in the midfield quartet with Clarence Seedorf, Gennaro Gattuso and Kaka is fondly remembered, as is his late-career mastery at Juventus. It’s easy to forget that the Architect spent a couple of seasons with Inter, too.

Pirlo played over 400 times for Milan. Like Seedorf, he has two Champions League winners’ medals and two league titles to show for his time with the Rossoneri, and he was named to the 2006 FIFPro World XI following Italy’s World Cup triumph.

The Brazilian Ronaldo experienced both sides of two of football’s biggest rivalries, playing for Barcelona, Real Madrid, Inter and Milan.

The version of Ronaldo at Inter, though, was a world away from the late-career iteration who played in 2007-08 for Milan.

Despite battling injuries during his Inter tenure, O Fenômeno was clearly still one of the best players on the planet, and arguably the best centre forward of the last 30 years.

A two-time World Cup winner and Inter’s all-time leading goal scorer, Giuseppe Meazza also had a brief stint with Milan between 1940 and 1942.

He wrapped up his career with Inter later that decade, and went on to manage the Nerazzurri for three spells.

San Siro was named in Meazza’s honour in 1980, a matter of months after his death. Thrice Serie A top scorer and a three-time league winner with Inter, Meazza is arguably the greatest Italian footballer of all-time.

Luigi Cevenini had five stints across the two Milan clubs, representing Inter in three different spells and playing for Milan in 1911-12 and between 1915 and 1919.

He moved directly between the clubs on three occasions before featuring for various other teams in Italy including Juventus, Messina and Novara.

A prolific goal scorer, Cevenini was just under a goal per game in his 399 club appearances. He also amassed 29 caps for Italy, scoring 11 times and winning the Central European International Cup.

Hernan Crespo played for both Milan clubs either side of a season at Chelsea.

The west London team acquired the Argentine from Inter in 2003, and loaned him to Milan for the 2004-05 campaign, when he starred as they went all the way to the Champions League final.

The Blues then loaned Crespo to Inter from 2006 until 2008 -- he then joined on a permanent basis. Crespo won three consecutive titles with the Nerazzurri.

One of the most recent examples of a player to play for both Milan clubs, Mario Balotelli was a young prospect at Inter, which earned a high-profile move to Manchester City.

His time in Manchester had its ups and downs to say the least, and Balotelli departed the club in 2013 to return to San Siro with Milan.

It’s never been dull with Super Mario. His career hasn’t lived up to expectations, but some of his best football came in the colours of Inter and Milan.