The 10 Biggest Away Wins in Premier League History

What is the biggest margin of victory for an away team in Premier League history? We look at the 10 largest away wins in the top flight... 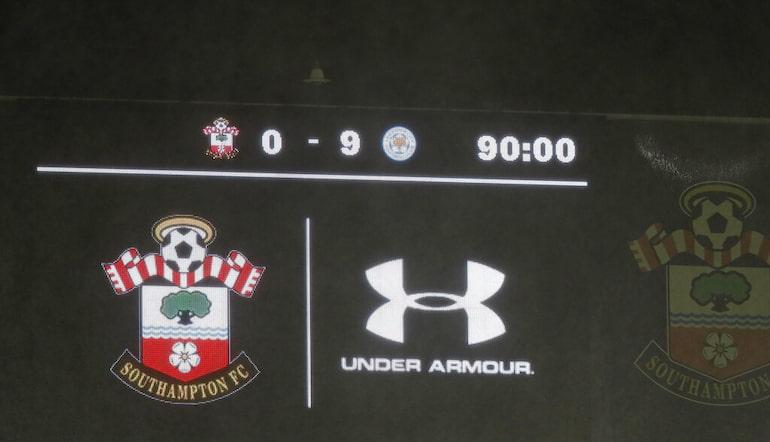 Many of these emphatic victories have featured several goals from the league’s greatest strikers, but others have been more of a team-wide effort. We’ve compiled the 10 biggest away wins in Premier League history.

Coming off a double-winning season in Carlo Ancelotti’s first campaign, Chelsea picked up where they left off at the start of 2010-11 with back-to-back 6-0 wins.

Wigan were the second victim of The Blues’ relentless goal scoring just months after losing 8-0 to the same opponents on the final day of the season.

The home side actually kept it respectable until the 78th minute. Just 3-0 down with 12 to play, Chelsea capitalised as the hosts fatigued with Salomon Kalou adding a brace and Yossi Benayoun putting the cherry on top in the 93rd minute.

Newcastle were fighting relegation in April 2013, but they weren’t facing the most formidable Liverpool team.

This iteration of the Anfield outfit is a far cry from the side that has been at the forefront of Premier League predictions under Jurgen Klopp.

Luis Suarez was prolific in 2012-13 – he didn’t even play in this one. Just imagine what score it might've finished if he had been on the pitch...

It was Daniel Agger and Jordan Henderson giving the Merseyside club the lead in the first half, followed by a couple for Daniel Sturridge, a goal from Fabio Borini and Henderson’s second to cap off an emphatic win on the road.

This win in the early days of Jurgen Klopp’s reign was a taster of what was to come. Liverpool were down in eighth, facing bottom of the league Aston Villa. James Milner was playing on the right flank and scored one of the six goals.

Nathaniel Clyne, Kolo Toure, Mamadou Sakho and Alberto Moreno made up the back four with the first two each getting on the score sheet.

This was a period of transition for the Reds, but they flashed a ruthless streak with four goals in 13 second half minutes to humiliate the Villains.

Pep Guardiola’s Manchester City have made a habit of breaking Premier League records. They aren’t top of this category, but they were always bound to feature.

Watford have taken a number of hammerings from City since Guardiola arrived at the club. This one was particularly brutal with the game all but over by the 37th minute as City took a 3-0 lead.

Nicolas Otamendi added a fourth in the second half before Sergio Aguero completed his hat-trick and Raheem Sterling finished it off with a sixth.

This isn’t the last we’ll see of Southampton. It’s not often a team can count themselves lucky when they’ve lost by six, but that was very much the case at St Mary’s in April 2022.

Chelsea were 4-0 by the 31st minute and 6-0 up just after the hour mark. Southampton were a mess from the first whistle, and their effort was subpar throughout.

Thomas Tuchel’s side could have finished much up higher up this list they didn’t turn their attention to a midweek match with Real Madrid – it was a proper drubbing.

Nottingham Forest’s 7-1 win over Sheffield Wednesday in 1995 was the biggest away win in Premier League history for nearly four years.
The rout began with a free-kick from Stuart Pearce, but when Mark Bright scored a penalty to make it 3-1 in the 52nd minute, a comeback was a possibility.

Such hopes were soon crushed by the visitors. Bryan Roy scored his second before setting up the final three to seal an historic victory.

Following a similar pattern to Forest’s 7-1, Tottenham were 3-0 up at half-time, but a goal from Sam Clucas made it 3-1 relatively early in the second half.

Roy Hodgson’s Crystal Palace were one of the oldest and slowest teams in the league. That’s not a good combination for the Heavy Metal FootballTM of Jurgen Klopp’s Liverpool.

Even without Mo Salah, Liverpool were sensational. Takumi Minamino got the ball rolling with a goal in the third minute, and Sadio Mane doubled the advantage after the 30-minute mark.

Roberto Firmino and Jordan Henderson got it to 4-0 by the 52nd minute. Salah then came off the bench to give Mane a rest, assisting Firmino’s second and scoring two of his own.

Spending over two decades as the biggest away win in Premier League history, this was a mismatch on paper, but even the most optimistic Manchester United fans would not have envisaged an 8-1 win on the road.

This was, of course, in the midst of United’s treble-winning season. Forest ultimately finished bottom of the table with just 30 points.

Dwight Yorke put the away side ahead just a couple of minutes in. Alan Rogers equalised in the sixth minute, but celebrations were short-lived with the visitors regaining the advantage seconds later through Andy Cole.

Cole and Yorke each scored another goal in the second half.

Ole Gunnar Solskjaer was the real story, though, after he replaced Yorke in the 71st minute. The Norwegian scored four goals in a 13-minute spell to cement a remarkable day for Manchester United.

Also on the end of one of the biggest home wins in Premier League history, Ralph Hasenhuttl’s south coast tenure has been punctuated by heavy defeats.

Southampton were in disarray against Leicester in October 2019, conceding nine with no response.

Ben Chilwell’s early goal and Ryan Bertrand’s red card set the tone. It was a demise of epic proportions from then on with the home team finding themselves 5-0 down by the interval.

Double figures looked very much possible. Leicester let off to a degree in the second 45, however, though Ayoze Perez and Jamie Vardy still completed their hat tricks.