Looking At The 11 Biggest Wins In NBA Playoffs History

What is the largest margin of victory in the NBA playoffs? We look at the 10 biggest wins in NBA playoff history... 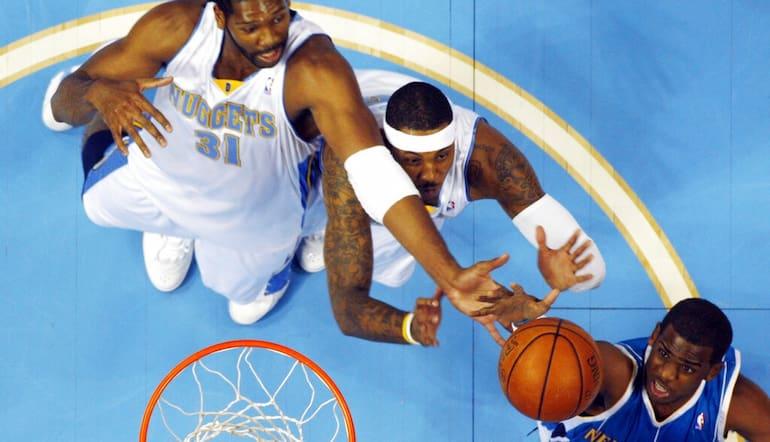 Sometimes we get surprises in basketball betting. That can be an underdog winning or a breakout individual performance.

Of course, even when a team is heavily favoured, we can be left aghast at how significant their margin of victory was.

So, while these wins didn’t necessarily defy straight up NBA odds, the biggest wins in NBA postseason history were still historic moments for the teams and players involved.

Trailing 72-31 at the half, the Celtics were fortunate Game Two of the 2017 Eastern Conference Finals didn’t end up in an even more humiliating scoreline.

The big three were complemented by some knockdown bench shooting from Richard Jefferson, Kyle Korver and Iman Shumpert.

Ultimately knocked out by Hakeem Olajuwon, Charles Barkley and Clyde Drexler in the second round, the Seattle Supersonics at least got some enjoyment in the first round, including this drubbing of the Jason Kidd-led Phoenix Suns.

Gary Payton and Shawn Kemp dropped 23 each. They were ably supported by Hersey Hawkins and Detlef Scrempf, who also made it to double figures.

Phoenix won games one and three either side of this drubbing, but Seattle came back to win the series in five by claiming four and five.

It was inevitable the Showtime Lakers would appear on this list. Los Angeles was leading 3-1 in the 1985 Western Conference Finals against the Denver Nuggets when they delivered this hammering.

Despite neither Kareem Abdul-Jabbar or Magic Johnson reaching double figures, the Lakers racked up 153 points.

Mike McGee scored 21 off the bench, James Worthy made 10 of 12 from the field and Byron Scott passed the 20 mark.

In a different era for the NBA and long before the three-point line was introduced, big scores were not as easy to come by in some ways.

The gap in quality between teams was greater, however, and that was exhibited as Cliff Hagan and Bob Pettit inspired the Hawks to this blowout win.

This was a Game Four triumph for St Louis, who had won games one and two by a combined six points. They wrapped up the series in five games, with Hagan scoring 32 in the clincher on just 22 shots.

A couple of seasons before Khris Middleton and Giannis Antetokounmpo were at the forefront of NBA predictions, they got an almighty playoff humbling at the hands of Jimmy Butler’s Chicago Bulls.

Down 18 by the end of the first quarter, Middleton was the only Bucks starter to break 20 minutes. Chicago poured it on with Butler finishing as a +46 and with four steals.

This was a Game Six clincher for the Bulls, but it didn’t get much better from there, as they fell in the second round to LeBron and the Cavs.

On their way to becoming NBA champions, the Milwaukee Bucks saw off the San Francisco Warriors in the first round of the playoffs. The clinching Game Five was an historic blowout and the biggest NBA postseason win of all-time for a couple of years.

Milwaukee then hammered the Lakers 4-1 in the next round in a classic duel between Wilt Chamberlain and Kareem Abdul-Jabbar.

There’s no better way to set the tone for your postseason than a blowout win. That’s what Shaquille O’Neal and Penny Hardaway delivered to the Boston Celtics in Game 1 of the first round in 1995.

Remarkably, O’Neal had a quiet night by his standards, but his efforts were ably supported by Nick Anderson, Horace Grant and Dennis Scott.

Orlando made it all the way to the Finals where they were swept by Hakeem Olajuwon and the Rockets.

It’s Showtime again. Just like Orlando, the Lakers produced this win in the first game of their postseason run in what was ultimately a sweep of an inferior Spurs team.

Magic Johnson had 18 assists as he carved the Spurs defence up relentlessly. Byron Scott scored 24 and James Worthy was perfect from the field for 18 points.

Held to 70 points with Rick Barry’s 10 making him the only player in double figures, the Golden State Warriors didn’t stand much chance against Wilt Chamberlain and Jerry West’s Lakers.

Chamberlain actually scored just 12 points, though he did grab 25 rebounds. Jim McMillian was the standout for the Lakers with 28 points on 21 shots.

Every single Laker scored 10 or more. Just two Hawks scored more than nine. That isn’t a good formula for St Louis, and the end result was ugly.

Interestingly, St Louis still won the three-game series, claiming 116-115 victories in both games one and three.

The biggest NBA playoff win of all-time; the Denver Nuggets trounced the New Orleans Hornets 121 to 63 in April 2009.

Out to a 21-point lead by the end of the first quarter, Denver was ruthless, and even had a 33-13 fourth when the game was already won.

Carmelo Anthony top scored on the night, finishing with 26 as the Nuggets shot over 56% as a team.

New Orleans, in stark contrast, made just 31.5% of their field goal attempts. Denver then won heavily in Game Five claim a series win.