Can Fury complete one of the greatest comebacks in sport with a victory over Deontay Wilder this weekend? 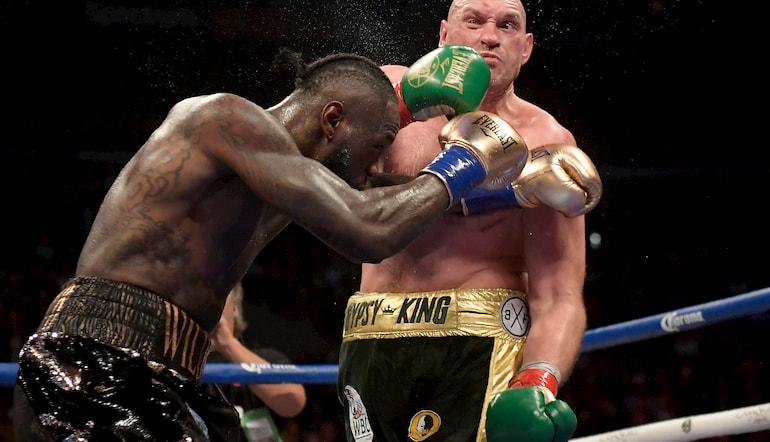 Tyson Fury’s resurrection has been spectacular to say the least. He has gone from the brink of ending his own life to fighting on the biggest stage of all in a bid to become a two-time heavyweight champion of the world.

Fury’s comeback story has been well-documented and he deserves great credit for his influence on millions across the globe.

It has been refreshing to see a sportsman speak so openly about mental health. And Fury is not just any sportsman – he is the lineal heavyweight champion of the world and one of the greatest British boxers of all-time.

Fury speaking out could encourage other high-profile athletes to follow suit and that can only be positive for the wider general public.

Standing at six foot, nine inches tall, Fury is a giant of a man. In many ways, he is an unlikely champion for mental health but Fury is a prime example of why we shouldn’t judge a book by its cover.

People struggle on a daily basis and those at the top of their professions are not immune to those struggles.

Fury is motivated by family and boxing – those are his two biggest passions. The father-of-five is devoted to his beloved Paris, having met in their teenage years before getting married in 2008.

His impact in the family home was clear to see in the ITV documentary, ‘Tyson Fury: The Gypsy King’ and he is sorely missed when away at training camp.

Being away from home can take its toll on Fury; spending so much time away from Paris and the children is hardly ideal.

However, it is strictly business for Fury when he is training for a fight and embarking in a camp away from Morecambe is the best way to ensure maximum effectiveness ahead of a bout.

On Saturday night, Fury will fight Deontay Wilder for the WBC heavyweight championship of the world.

The Gypsy King is looking to settle the score after he was done by in the previous bout – most boxing fans believed that Fury has outclassed Wilder throughout but the judges came under scrutiny after scoring the fight as a draw.

It hasn’t been plain sailing for Fury – he has had to work incredibly hard to get back to the top of the heavyweight boxing ladder.

His upcoming rematch with Wilder is the biggest fight of the year and millions of people around the world will be tuning in to watch Saturday’s bout.

Fury has channelled his demons into gym and training and you have to admire him for his incredible tenacity and dedication to boxing.

His road back to the top of the sport has been tough but he deserves his chance to regain his status as the best heavyweight boxer in the business.

The Gypsy King has a chance to silence any critics this weekend – he has a platform to send out a real statement.

With the right support channels and an immense belief in your own ability, you can achieve anything you want and Fury’s journey back to the top must rank highly on any list of great sporting comebacks.

Fury’s story will hopefully inspire future generations to speak out about any mental health problems in the future. The Gypsy King is a credit to the sport of boxing, to his family but most of all to himself.

Fingers crossed we get to see Fury competing at the top of the sport for many years to come.